Every month, we’ve been checking in with our friend Colin Easton, creator of The Stranger Project 2014 for a review of his encounters with strangers throughout Vancouver.

If you’re not aware of Easton’s project, he’s on a mission to meet one stranger every day in 2014, and then he writes about that person’s story: their background, where they grew up, what they do and how they got to be where they are today.

The Stranger Project 2014 is also building something that Easton says he did not expect – an engaged community of followers.

“I really am blown away by the responses to the stories I post,” Easton said.  There are some regular followers who comment often, but almost every story I post gets dozens of likes and at least a few comments from people who are following along. It’s really a most unexpected surprise. And a good one at that!”

As Easton says, “everyone has a story” – and we’re sharing highlights of his most popular stories, right here!

Here are Easton’s four most popular stories from March: 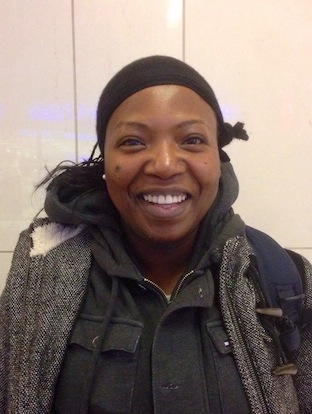 Ntsikie’s mother, who was a teacher, had been travelling and became friends with a man who was also an educator, and involved with the British Columbia Teacher’s Federation (BCTF), based here in Vancouver. They fell in love and a relationship blossomed, and to Ntsikie, he was her father, not her stepfather. “He has always been there for us, and loved us as his own. My mother has three children and he has three children, and our ages all fall into line chronologically. He is my father,” Ntsikie tells me proudly. When an opportunity presented itself for her mother to go to England, or to Canada to complete her education, Ntsikie’s mother chose Vancouver, the home of the man she was now in a relationship with. The family all relocated to Vancouver when Ntsikie was 17 years old. 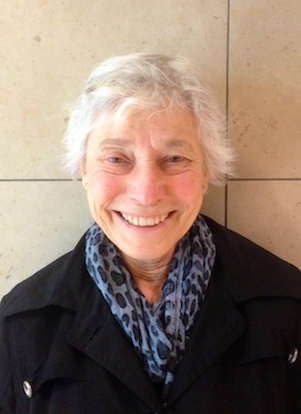 When I first told Liz what I was doing and asked if she would talk to me, she smiled and said “I’m sure I don’t have anything interesting to tell you. I’ve lived a very ordinary life.”

Liz was born and raised in Dauphin, Manitoba. She is the youngest of nine children. “I grew on up living on a wheat farm. There was always chores to be done. We all had different responsibilities. The boys of course spent most of their time helping outdoors, working in the fields or with the cattle. I had chores doing housework, collecting the eggs from the chicken coup, and making butter. My parents were from Poland and had lived through the great depression. Everything we ate was grown on the farm. Vegetables, fruit, milk, butter, cheese and livestock. It was also my job to catch the chickens when the time came for them to become a meal. There was a lot to do, so I didn’t really spend much time thinking about the fact that the meal we were eating was running around outside the day before,” Liz told me. 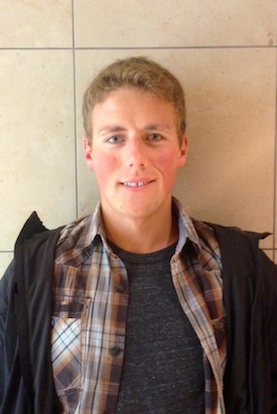 Jeremy comes from Haida Gwaii (Queen Charlotte Islands). He was born at Queen Charlotte Hospital, and grew up in the hamlet of Sandspit, which is located on the north east tip of Moresby Island, with a population of less than 400 people.

There is one small school that serves all grades, with elementary going from Kindergarten to Grade 10. Jeremy told me, “My parents divorced when I was about 7 years old, and my mother moved to Victoria. I went to live with her for about six months when I was 8 or 9, and I didn’t like it. I love Sandspit and I really just wanted to go back. So I went back to live with my Dad in Sandspit.” Jeremy’s father has been a life-long forestry worker, while both of his paternal grandparents were teachers. “My Dad dropped out of school in Grade eight,” Jeremy says. “He started working in forestry at a young age. Fishing has always been a big part of our life, and I spent a lot of time out on a small boat, fishing with my Dad. I caught my first Tyee, that’s a salmon weighing more than 30lbs, when I was 11 years old. It weighed 35lbs. My Dad says he helped me a bit with reeling it in, but that I managed it myself.” The biggest fish Jeremy has caught (so far) was a salmon weighing 45lbs, which took almost an hour to reel in. 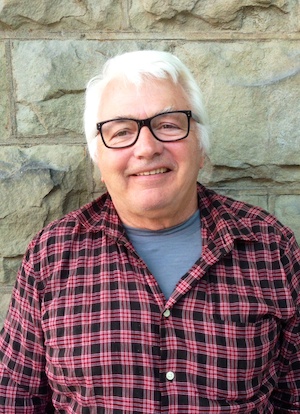 David was born in Notre-Dame-du-lac, Quebec, close to the border with the state of Maine. The family home was near the lake, and David told me a great story about an adventure with his older brother. “I was about 12 years old, and there had been a number of boats that had sank on the lake. My brother was a number of years older than me, and he was a welder. He wanted to make a diving bell to rescue one of the boats. We lived near an old railway line, so he reinforced the sides of an old water tank he found with rail tracks, and cut a hatch in it, and put a gasket around the edges to seal it. He put in a window and an air in and air out line. We used my dad’s old army radio and a car search light. Of course my father looked at my older brother and said ‘There’s no way your putting your brother in that thing and putting it in the water!’ My brother told my Dad no of course not. I went down I think about 12 times! We never found anything, they’d drag it behind our boat, but it kept spinning around. One time I did get a scare though, the gasket started to leak and the tank started to fill with water, but my brother had rigged a pulley line and the radio worked, so he got the tank up quickly and pulled me out.”