Cheers to Jason Yamasaki. The Chambar somm has just been named the “Best Sommelier in B.C.” and will next represent the province for the national title.

A round of Sommelierie testing that included sparkling and decantation service, food and wine pairing, wine list correction, and the verbal blind tasting of five beverages found Yamasaki the victor. 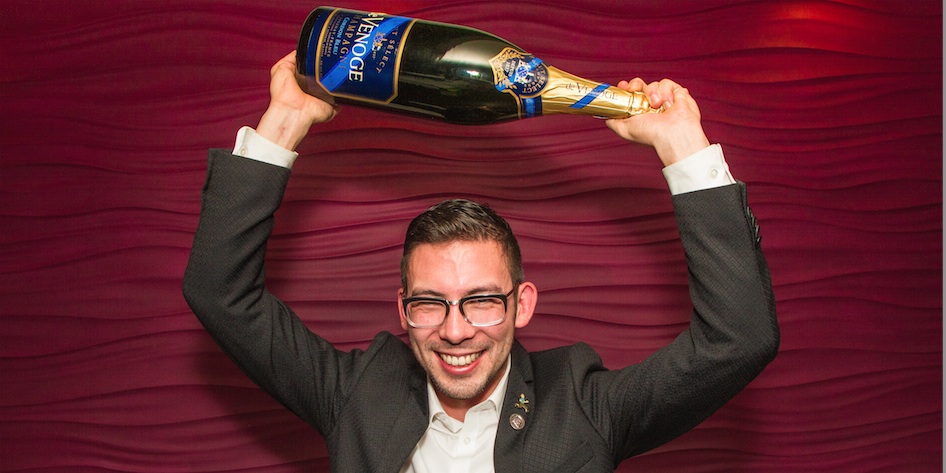 Yamasaki will be honoured at the 2015 Vancouver International Wine Festival for his accomplishment, and will represent British Columbia in the “Best Sommelier in Canada” competition in Ontario in the spring of 2015. If he wins there, it’s on to the world competition.

In the meantime, you’ll find Yamasaki pouring at Chambar at the restaurant’s new Beatty Street location. “Infectiously energized by every minutia of the dining experience, Jason takes immense pride in sharing the many pleasures of the table with Chambar’s guests,” says his Chambar bio. A toast of congrats, sir!