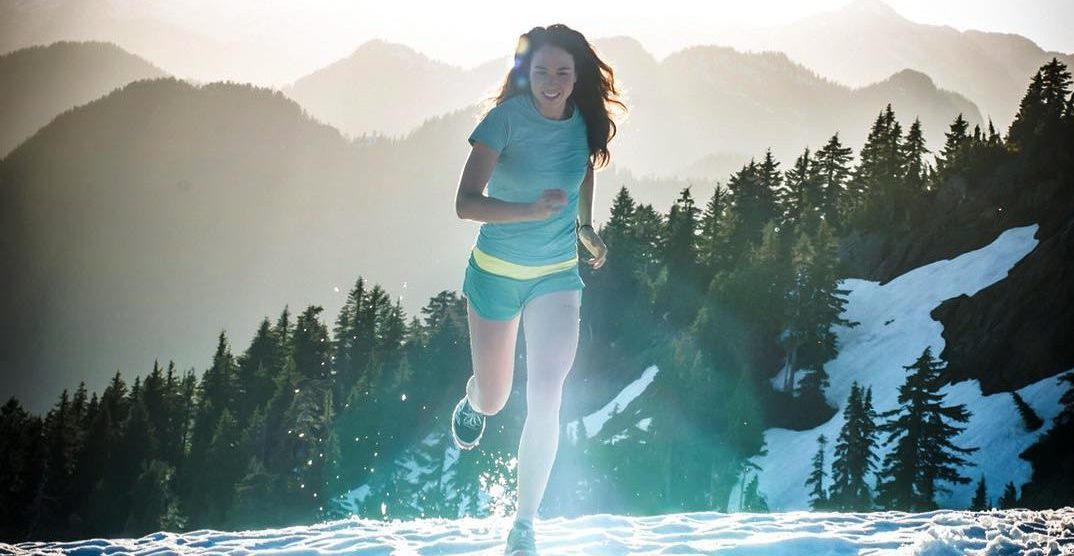 Ultra runners are beyond a doubt some of the most dedicated athletes out there.

It takes a special breed of crazy to wake up at 4 am, go for a 30 km run and then live a regular life on every other front.

Outside of the extreme carb loading, the average human couldn’t do what these guys do. If you want a peek inside of the lifestyle, check out these 10 Vancouverites crushing quads daily on the gram.

Having some fun on our Ridgeline Athletics photo shoot a few days back in Squamish. Eric showed us a new line up to first peak of The Chief, and Hilary captured the day perfectly. Really excited to see our RidgelineAthletics.com website get a long overdo revamp. Should be live by end of summer. Should also give a shout out to our web designer Katie Mills on her Knee Knacker victory this morning! I guess also fitting at this point to say amazing work Nick Elson on his new KK CR time if 4h32m! That’s a spicy meatball! 📷 Hilary Matheson

After narrowly missing the race cutoff for the Berkley Marathon earlier this year Gary has let nothing deter him from ultra running. If you’re looking for a sports hero, Gary is beyond a doubt the most qualified guy around.

I know I just posted about the 3rd anniversary of Ridgeline Athletics, but this past weekend was an even bigger celebration as we made it to year five for the Coast Mountain Trail Series! I guess March is a good month to launch a business 🙂 The CMTS is one of my proudest accomplishments, because​ nothing about this journey was ever “safe” and most it was even foolhardy, yet here we are, five years later, still kickin it. This race series was a labour of love for far too long, and quite honestly after two years my business partner Geoff Langford and I just didn’t think we’d survive to see it through to a fifth year. Unlike my claim that I often forget coaching is a job, I’ve never once forgotten that race directing is a job, because it’s far harder than I ever envisioned it could be. Race directing is a high stress environment, and as long as you get all 657 things right in advance of, and on race day, then everyone is happy and the good times roll. Miss just one of those 657 critical items and things can go south in a hurry. If I’ve learned one thing over the years it is this, find good people, keep good people, and then empower and entrust those good people. There were a lot of emotions deep down inside as I sang Happy Birthday with over 200 of my closest trail friends on Sunday. We encouraged people to dress up for the day and my outfit is an actual 1980s Norwegian Alpine Ski Team outfit, which I proudly complimented with some golden locks. Mr. Mark Fearman found this beauty at the Whistler Reuse It Centre over a decade ago and when he moved to Australia I inherited it. It’s a little known fact that I’m always looking for an excuse to dress up in costume and the 5th birthday of the Coast Mountain Trail Series was all I’d hoped it would be and more. Thanks to each and every runner who has believed in us and trusted us with their race experience(s) over the first five years. Here’s to five more!

Hills on hills for hil😝. While my body didn’t love the fact that team @inov_8 spent the day before our race last weekend practicing hill climbing techniques and insanely steep descents with the incredible @ben_mounsey (hello quads😳), it did remind me that there’s a lot of value in working on these techniques (oh and consistently strength training😬). • • • Case in point: at the race on Sunday, I struggled to find my groove on the 5 mile climb, and decided to just conserve energy and try to catch everyone passing me on the descent. Because of this, at the turnaround I felt pretty fresh, and ended up flying past a ton of racers and more than making up the time I lost. I went from far outside the top 10 to 6th, simply because I moved over the downhill terrain faster. I’ve spent a lot of time in the last few years working on my downhill abilities because it used to be my biggest weakness, and becoming more confident on technical downhill terrain has 100% made me a better racer. It’s well worth the time spent, especially when you realize that you aren’t working any harder, just moving more efficiently. So go find a hill you hate and get hammering! 📸: @jamescarnegiephotography

Even outside of ultra running Hilary can stand her ground as one of Vancouver’s best Instagrammers. Her feed is full of epic views, heart felt captions, and hilarious wipe outs caught on camera.

Flying through the fells😍. Incredibly fun day playing in the Lake District and working on downhill (and uphill😬) techniques with @inov_8 pro athletes ahead of tmrw’s race. Quite fitting when abroad to spend 🇨🇦 day playing in the 🇬🇧motherland😝. 📸: @jamescarnegiephotography

Being injured is a funny thing. All those times on a run where I wanted it to be over, or I didn’t want to get out… Now I’d take any amount of trail suffering, sweaty, out of breathness. Lessons in patience and acceptance continue. 🙏🏼💫 📷: @thehilaryann #cotopaxithedog #seemerlag

As the co-founder of the Run Like a Girl movement, Hailey is committed to inspiring female runners around the world. Be sure to check out her running journey on Instagram.

Days that start with 11km of climbing and laughter are my favourite kind of days.. Thanks @tara.trails for thinking up an ass kicking 30k run.. Couldn’t have asked for a better Sunday! 📷: @thehilaryann #seemerlag #cotopaxithedog

Happy belated birthday to this wonderful human. I have only been running with @run.starr for just over a year (what?! how is that possible? Also, this👆was our first long run together, so we kinda started out on a pretty epic note)… but I really can’t imagine my life now without her in it. #Trailsisters are the best. ❤🏃 . . . . . . . . . #tbt #trailrunning #ultrarunning #choosemountains #runhighs #lifepoints #celebratewild #gratitude

Just a girl and her pooch, hitting the trails and staying there till the sun goes down.

Everyone who runs with me knows that I am obsessed with Arc’teryx gear – the quality and functionality, in my mind, is second to none. So it was a thrill to be a part of the event last night celebrating the opening of the #arcteryxvancouver store on Burrard. The designers know what it takes to move comfortably and efficiently through the trails and mountains that we run on in North Vancouver and the Sea to Sky, and I’m proud to support this amazing local company😊 . . . 📷: @thehilaryann . . . . . . #celebratewild #trailrunning #ultrarunning #trailsisters #optoutside #trailchix #adventureculture #squamishisawesome #keepitwild

Summiting eagle 🦅 bluffs last weekend 1/4 through the knee knacker race last Saturday. @thehilaryann captured this amazing shot, as she watched a few 💯 racers come over the mountain. What a view. #run150 #runyourworld

Mountain runner and hill chaser. Making the uphill grind look easy one day at a time.

Taking it all in. Looking forward to this week and attempting to get back on the trails. Gave my body some time to heal, and now it’s time to get out and explore :). Hopefully everyone had a wonderful weekend. #run #run150 #runyourworld #adventureproof #nature #explore #explorebc #mec #mecnation #happyplace

Short-short lover and distance runner. Josh gets up to some interesting adventures, always dressed to the nines in Arc’teryx.

If I knew what I was going to find, I wouldn’t go because it wouldn’t be an adventure. #arcteryx #tasmania #worldheritage #keeptassiewild #celebratewild

After a weekend spent exploring the Canadian Rockies, starting in Yoho and ending in Glacier National Park, I’m already planning the next time I can go back! #yohonationalpark

“Heyyy bear!” Running through the valley, bear spray close at hand. Asulkan Glacier can be seen in the distance. Just perfect!

Adventure photographer and trail running goofball. Follow along for epic mountain views and photos of fellow ultra runners soaking in the alpine sun.

Granted, my downhill style is less orthodox than Hailey’s, but I truly believe that it’s the most efficient way to get down the snowy mountain. Thank goodness for those “crash and roll” lessons I took 15 years ago. 😊 ( with @haileyvandyk )

Repost from photographer/runner @briceferre – when only the muddiest puddliest trail will do. Incidently, my socks didn’t survive this run 😂

If you’ve hiked it, Katie’s ran it. Don’t feel bad if she sprints by you on the trails; she is an ultra runner after all.

Cruising on mountain ridges above the clouds 😍 my quads just about feel back to functional after my 2 day welsh mountain expedition!

Always chasing that next running high, hitting the trails and wearing Lulu’s is what gives this ultra runner joy. A real inspiration to anyone looking to up their game.