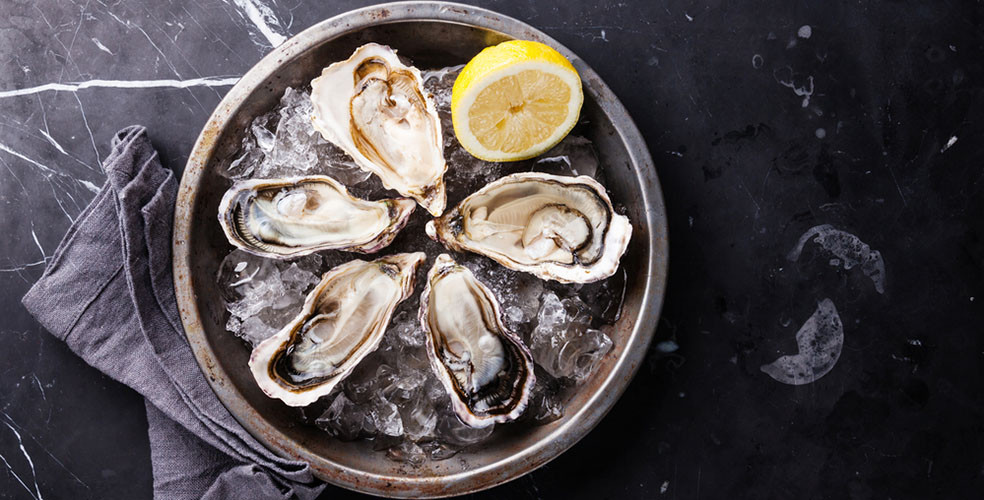 Oyster aficionados in Vancouver are blessed with some of the freshest product around, thanks to the city’s close proximity to salt-laden waterways.

Whether you like to eat these slippery, salty, bite-sized, culinary pleasures sans toppings or loaded with all the trimmings, read on to discover which restaurants serve the best oysters in the city. 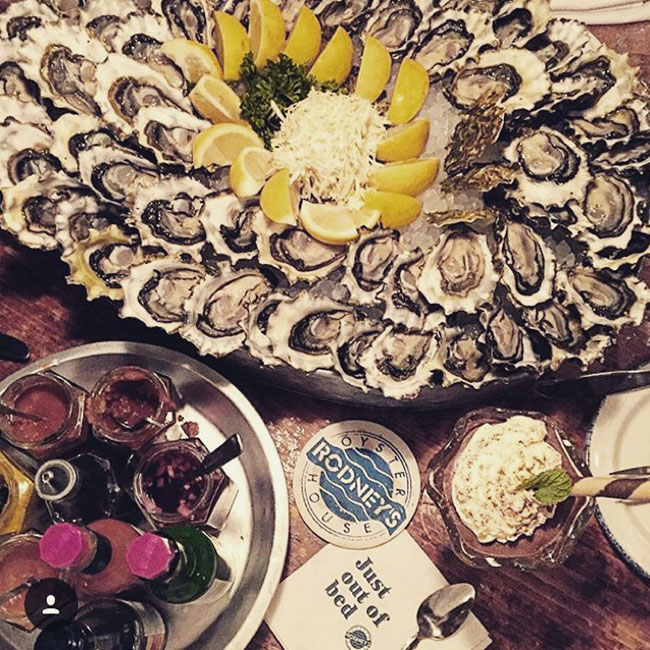 It’s all in the name. Rodney’s Oyster House does indeed offer a huge selection of oysters, sourced from waters between Vancouver Island and Prince Edward Island, and the Sunshine Coast and Washington state. Plated by oyster-shucking professionals, Rodney’s serves their oysters with a range of house-made sauces, from the delightfully sweet to the quick-pass-me-a-drink fiery. Slurp down plump juicy oysters at “Low Tide” (offered Monday through Saturday, 3 p.m. to 6 p.m.), when selected freshly shucked oysters go for $1.50 each.

Whether they’re steamed, stewed, or served nude, Chewies always has a wide range of fresh oysters on offer, from both the West and East Coasts. The selection changes daily so be sure to ask the staff which oysters they have fresh on the day you drop by. Thrifty diners looking for a great deal, should make a point to hit up Chewies’ Happy Hour, which is served daily from 3 p.m. to 6 p.m. and features Buck-a-Shuck B.C. Beach Oysters. 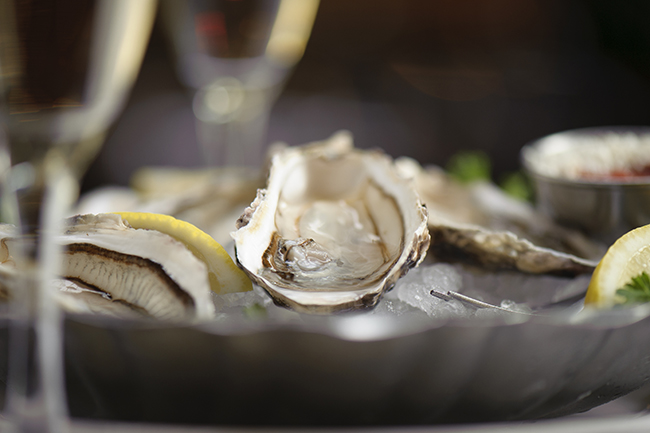 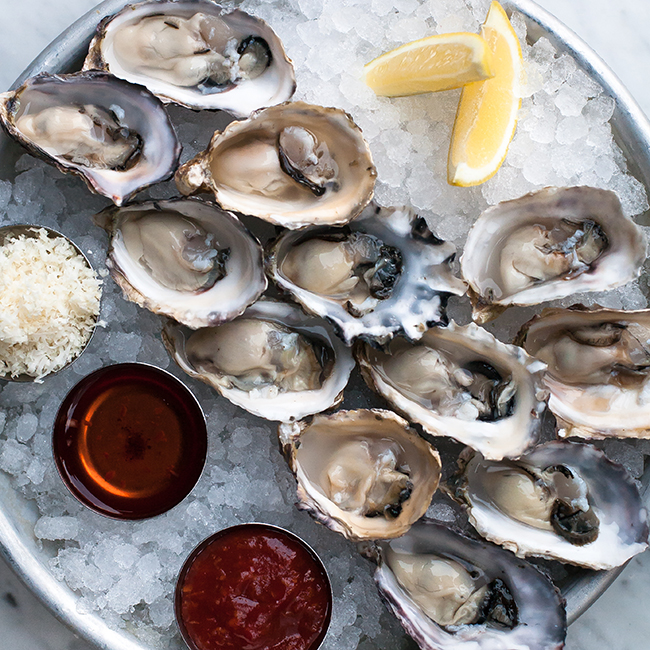 Boulevard Kitchen & Oyster Bar serves a seasonal selection of West and East Coast oysters along with an array of sauces that include shallot mignonette, a house-made cocktail sauce, and Thai espuma, as well as fresh grated horseradish. Boulevard also offers Buck-a-Shuck oysters during their daily Happy Hour from 3 p.m. to 6 p.m.

The long list of oysters offered at this well-regarded, sustainable-driven seafood restaurant is almost entirely soured from the West Coast, with a few East Coast varieties thrown in for good measure. Served on ice, Blue Water Cafe’s line up of oysters include the delicate briny flavoured Beach Angel oyster, the plump mildly Salty Read Island oyster, and the ultra-smooth Gorge Inlet oyster. 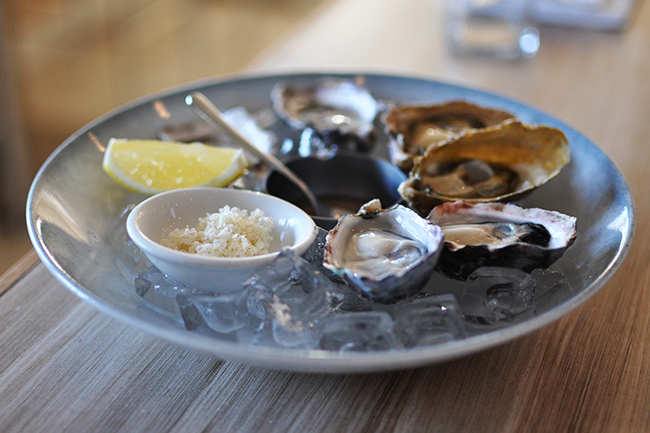 With approachable ocean-centric fare being the name of the game at this relaxing sea-side eatery, it should come as no surprise that Beach Bay Café serves up a delicious plate of West Coast oysters. Currently, Beach Bay Café offers Little Wing oysters, sourced locally from the Desolation Sound in the Okeover Inlet. It’s an Ocean Wise product and served in a traditional way–freshly shucked on the half shelf with house-made apple mignonette. 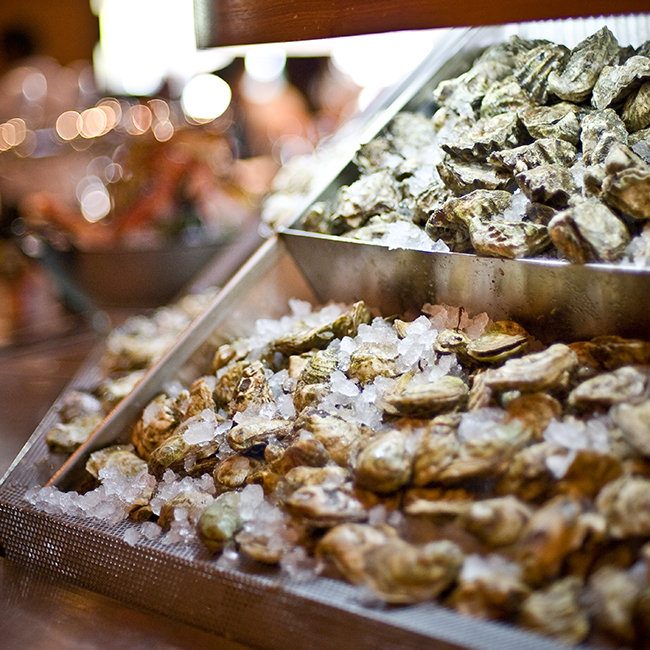 Delivered daily, oysters at this Chinatown eatery are served three ways: raw, steamed, and fried. Depending on the season, Oyster Express sources their oysters from both the East and West Coasts. Diners can expect to discover 12 to 15 oyster varieties on any given day, as well as $1.50 priced oysters at Happy Hour, which is offered Tuesday through to Sunday, 4:30 p.m. to 6 p.m. 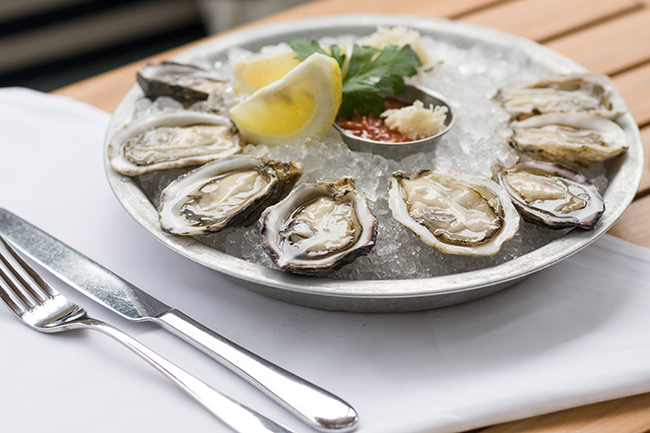 Sourcing heavily from the West Coast, seafood-forward WildTale has a menu that includes oysters in several iterations, from freshly shucked and on ice to gloriously plump and fried. 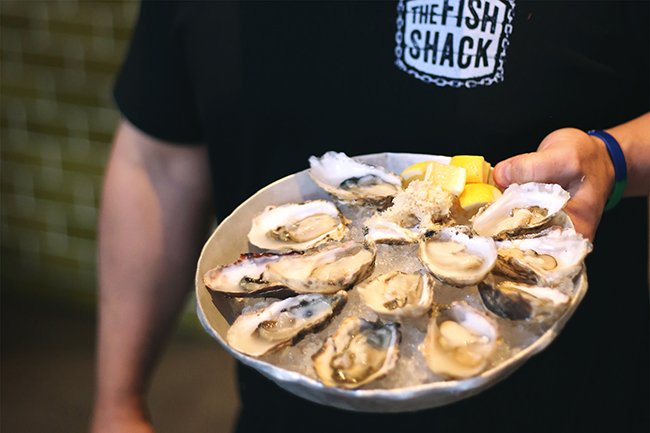 Coast’s sister location, The Fish Shack, also has a wide variety of West Coast and East Coast oysters. The nautical-themed restaurant offers Buck-a-Shuck oysters, and a $1 feature oyster, which is available all day, seven days a week.