We’re only days away from bringing in a brand new year that is brimming with new potential, big accomplishments, and its fair share of surprises. However, before we switch gears, its worth taking a moment to look back at all the amazing Vancouver entrepreneurs we’ve had the joy to connect you with in 2012. Since the Vancity Entrepreneurs series kicked off in May, we’ve had 32 startups share their stories and missions on how they’re solving big problems and working towards an ambitious end goal. A handful have provided me with some updates and things to look for in 2013! I hope this serves as inspiration for current and aspiring entrepreneurs alongside, anyone who is passionate about promoting change and innovation to make the world a better place.

Battlefy has been rapidly expanding the number of games supported on our competitive video gaming platform Some notable games include Counter-Strike, Starcraft 2 and the latest Call of Duty. We’ve brought on 10 more gaming communities just this month and they’ve responded by running some great tournaments. If you’re a gamer, come play some games this holiday!

CampusAuction in conjunction with their title sponsor, Toshiba Canada, hosted their most successful charity auction yet! They connected more socially conscious Millennials with more businesses that chose to demonstrate corporate social responsibility than ever before. It is because of this that they are on pace to donate more money to our great charity partners in the next year than ever before. Stay tuned for our 2013 auctions! And in the meantime, refer your friends to join the movement! 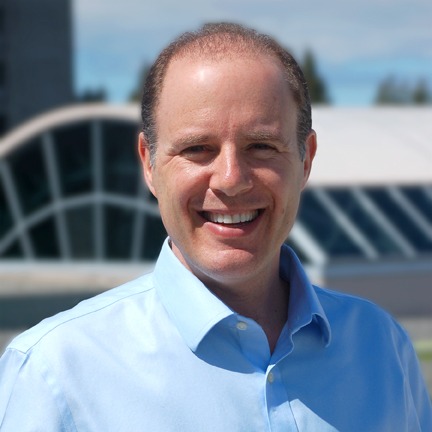 They have recently launched a campaign on Indiegogo to raise funding, and awareness for Chawel in 2013. If you wish to contribute your comments or pre order the NEW Chawel Hybrid with “customer choice” arm holes, you can do so at: http://igg.me/p/290099/x/1858015 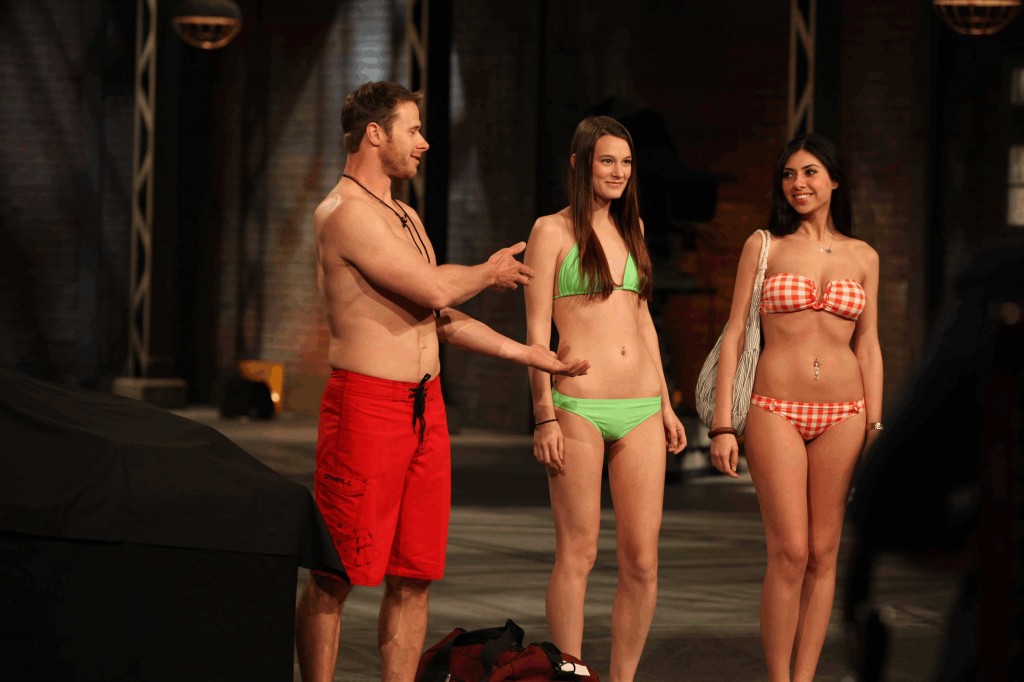 After a busy year of weddings in 2012, Christie is happy to share 2013 will be even more exciting. Seventeen weddings will be taking her to amazing places—Vancouver, Kelowna and Ireland to name a few—with new partnerships in store with some of her favourite vendors in the industry. In-between weddings, you can find her on location taking a fine art approach to newborn and family sessions. 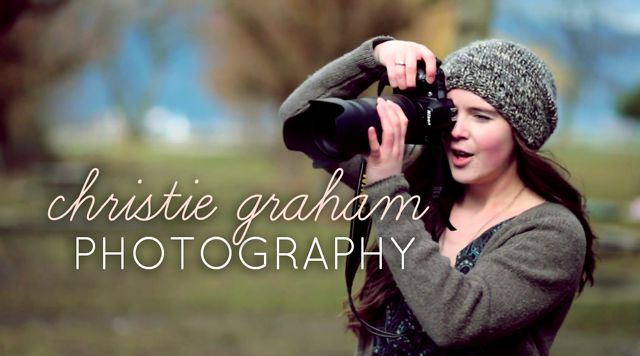 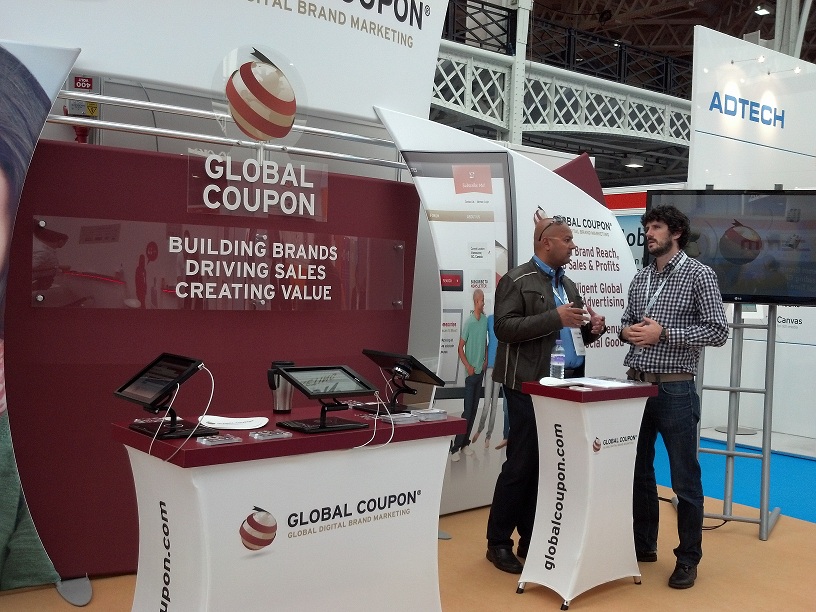 Learndot has a major release coming out in the New Year, making it easier to manage large numbers of learners and content pieces. One of their key features is scaling training to big audiences, so they’re doubling down on that. They’re continuing to grow, and Paul will be in San Francisco for Q1 2013 to help expand their presence south of the border. 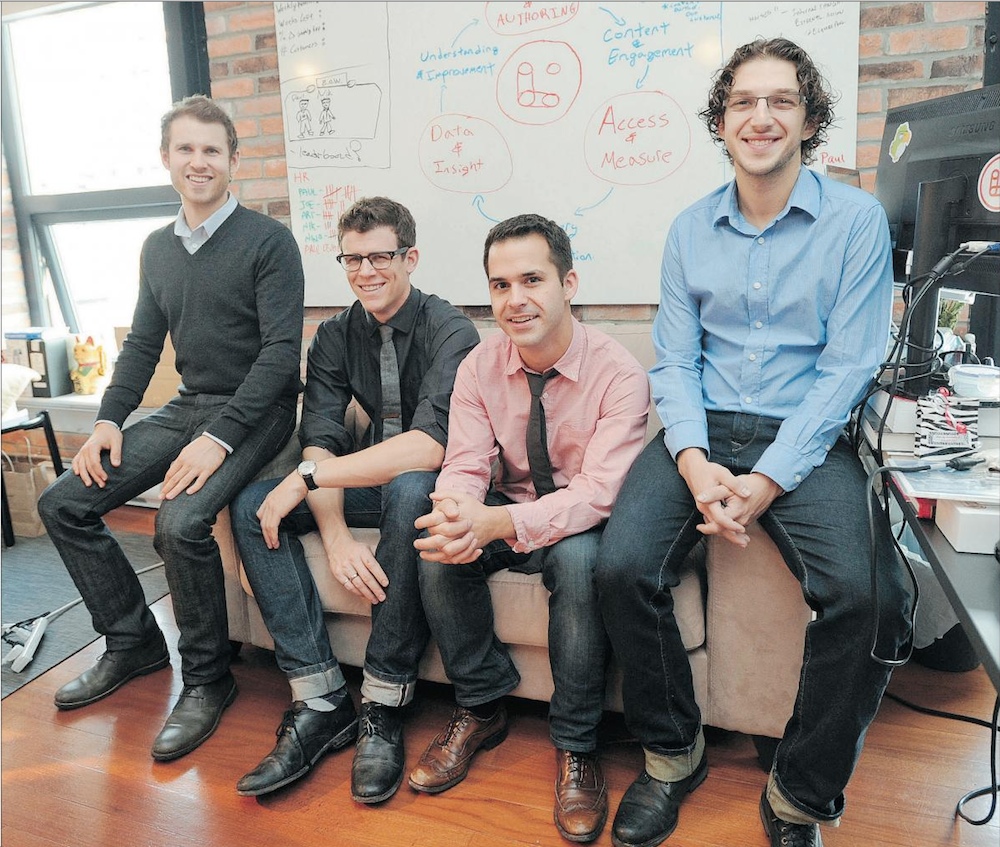 They’ve launched their Android app and they’ve also shipped Linquets to their initial users. Hey Android owners of VcB, to install their free app visit here, and if you would like to order Linquet, you can use the promo code “linq10” to get up to 30% off! Also, Linquet will have a couple of cool announcements in the Q1, 2013. So, stay tuned. 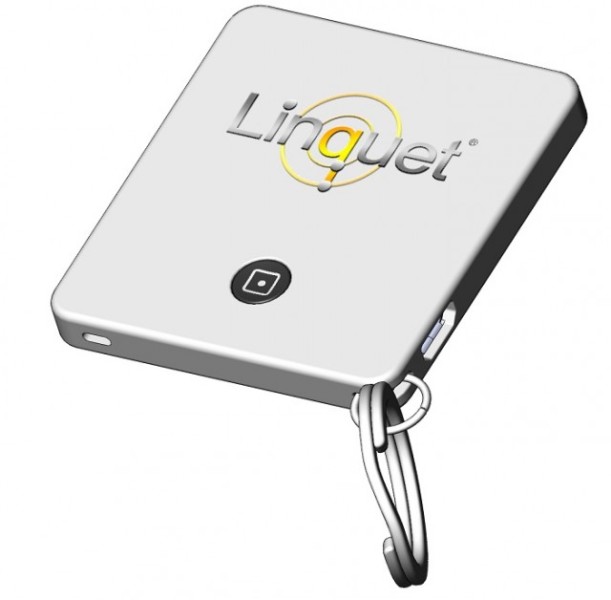 Luvmybox heading into 2013 with a site that’s gotten a lot of LOVE! They’ve been featured in major publications such as Glamour, Flare and SheKnows! In particular their spicy gift addition for $19.95 made a great introductory box on a lot of people’s holiday wish list. Watch for more boxes, options and customization in the coming months, as they’re bringing sexy back in 2013! 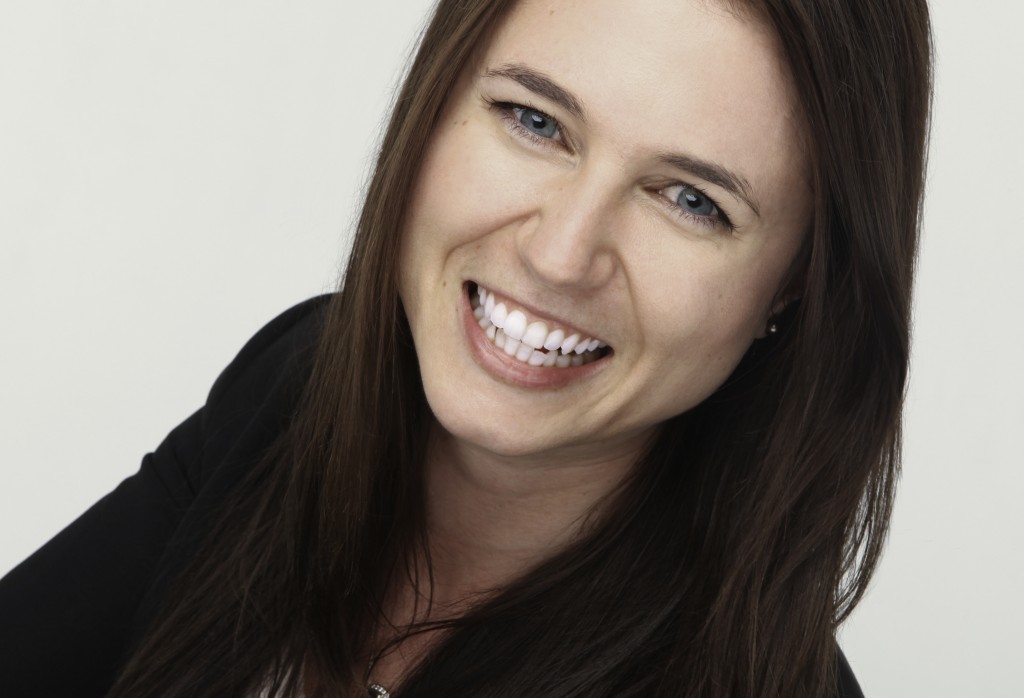 Since the article published on Merchant Advance Capital in June of this year, their business has grown by about 40%. They have now put more than $5.1 million in the hands of Canadian small businesses to fund their growth. They have brought on a new manager of business development and are looking towards their next phase of growth in 2013. 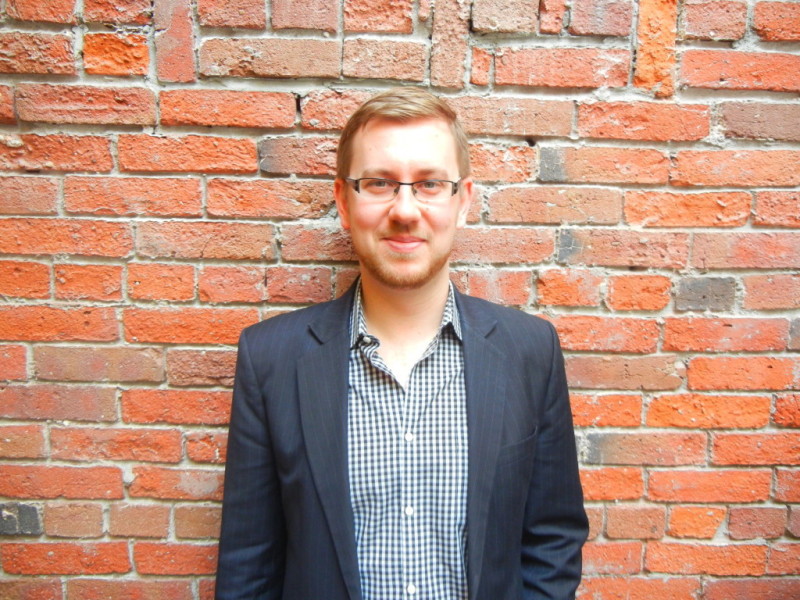 PenyoPal has been making some noise with their over 30,000 downloads and coverage on CBC, Forbes, (Vancity Buzz of course) and other big publications. They’re also currently running in not just Mandarin but in French and English and expect new languages on the way.

Co-founder Jessica Fan, has transitioned into an advisory role at Penyo Pal and is currently exploring new opportunities with startups, design agencies, and larger tech companies in the Bay Area. After an amazing internship as a User Experience Designer at Google, Jessica participated in the HUB Ventures “Technology for Good” Startup Weekend. Her team won first place with a pitch focusing on empowering women to own their sexuality through an app that curates adult content catered to this under-represented demographic. Jessica is very excited for what the next year has in store. 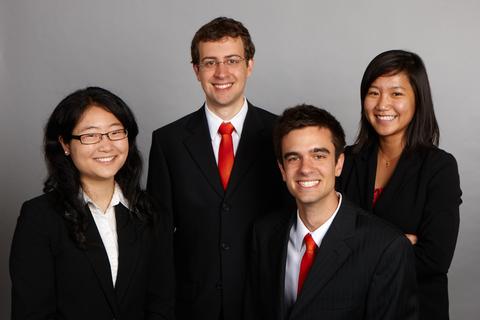 As of November 22, 2012, Perch went live in the App Store. Since then we’ve seen a constant stream of downloads across iOS devices. We’ll be releasing an Android version and introducing our business model in the New Year. 2013 promises to be a massive year for Perch and its development. 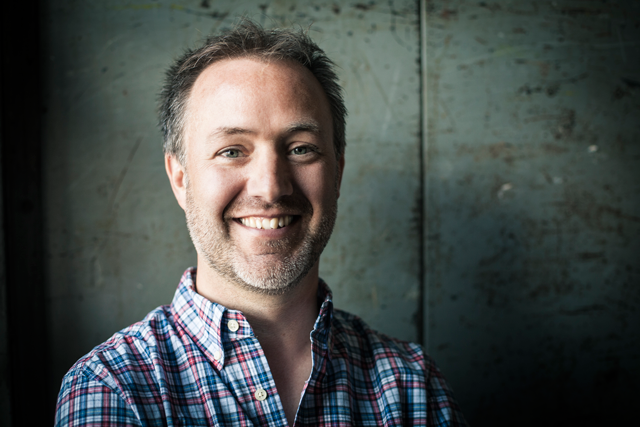 2012 was a big year for Placeling. They gave people lots of new ways to explore cities and find interesting places. 2013’s going to be an even bigger year. They’ll be launching a sponsored product to let publishers create city guides and roll out more tools to help consumers explore their own cities. 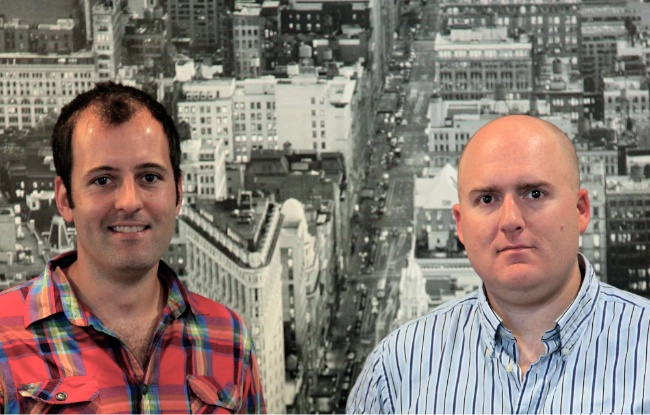 They’re releasing the next edition of the map & city guide in the coming weeks. Once they get it distributed they turn their focus to the online, which they expect to become a bigger and bigger part of what they do. Aside from that, they’re just excited to grow and develop with Vancouver heading in to 2013. 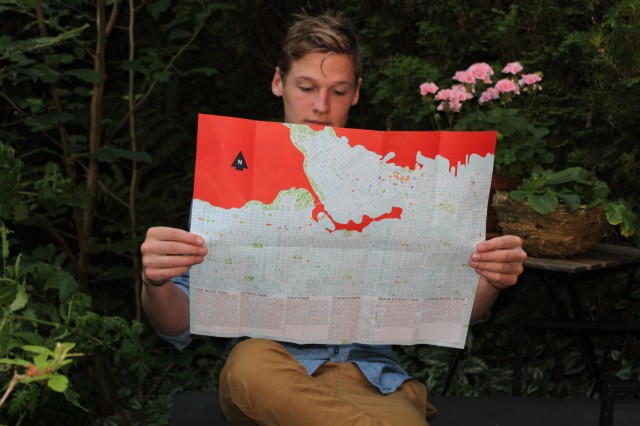 Flat World Applications runs WiseWords as one of their projects. All projects they work on are under Flat World Apps. In 2013, they’ll be focusing on expanding VIDA, their mobile application for real estate developments. An interactive brochure for customers with a sales tool back end for sales agents. Their first batch of real estate apps will be published starting January. They’re going to redefine the home buying experience by leveraging consumer behaviours in mobile and revolutionize real estate marketing. Currently, they have projects in Canada, US, and Asia; in 2013, the plan is to set up offices on the East Coast and in Singapore. 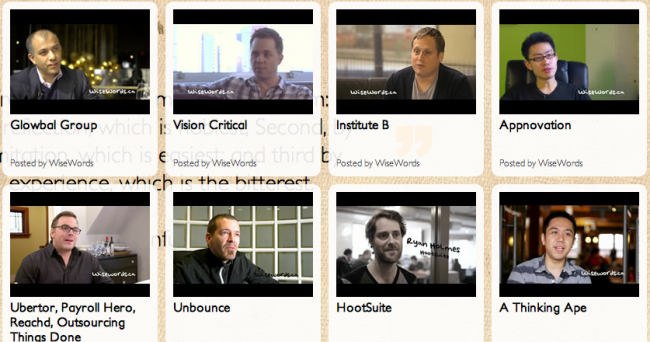 The rest of the Entrepreneurs of 2012

Taking a moment to look back on all the wonderful startups and Vancouver entrepreneurs I had a chance to interview this year brings me to a true state of inspiration far beyond what I ever imagined before starting the project. Seeing so many people find success across different industries by introducing their own visions and strategic elements demonstrates to us how much untapped opportunity is really out there. It has been a privilege and an incredible learning experience to hear about all the different stories of struggles, successes, and future ambitions that entrepreneurs in our city have.

What the goal of the series has been in 2012

It’s truly special to see people from such diverse backgrounds, ages, and industries find a middle-ground in the crazy world of entrepreneurship to make a direct impact on the city and those around them. The goal for me has been to primarily catch people from the early stages to give them the exposure they need and keep the public informed on ideas that are already making an impact and making the city and world a better place. Of course, exposing ideas that have potential to be the next big thing is also wildly exciting. Some of the later stage startups have also been interesting to learn about as they have great stories of how they have overcome some of the early stage problems and how they’re tackling the more advanced ones.

I hope that you as the reader have also found some inspiration from these Friday features and that you can check off at least one of the boxes below:

1) You’re genuinely interested in what entrepreneurs in Vancouver are doing and you’ve put them on your radar to follow or tell friends about.

2) You are thinking of pursuing entrepreneurship yourself and have found relevant stories or tips to push you over the edge.

3) You are currently in startup or have had entrepreneurship in your past and have gathered new insights from the Vancity Entrepreneurs  to further yourself as an entrepreneur and influencer.

4) You’re much hungrier than you were before to make a massive dent in the universe.

Much like a startup, I’m always looking at new angles and improvements to approach the series. I will continue to add a mix of startups in different industries that are at different stages in their adventures. Variety is the key here.

I’m always happy to hear other ideas on how something like this can help expose entrepreneurs and inspire others in Vancouver. Feel free to email me or stay in touch at @pauldavidescu 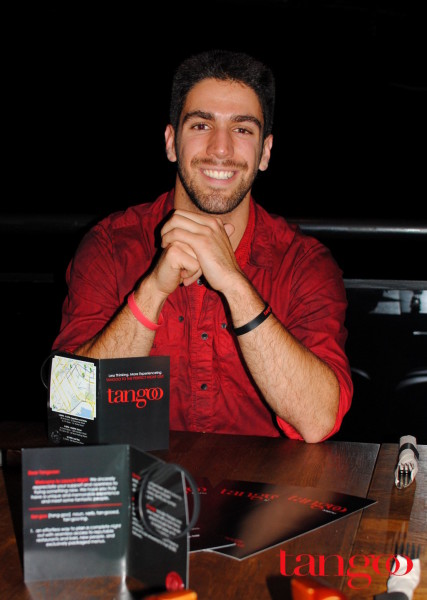 Thanks for following and I look forward to what 2013 has in store for all of us!

*Vancity Entrepreneurs is a weekly feature on the city’s most notable entrepreneurs or startups that are making Vancouver a better place. If you think your venture deserves to be on the series, send paul(at)vancitybuzz(dot)com an email explaining why*