With all the hype surrounding the leadership race for the federal Liberal Party of Canada, it is easy to be swept up by a candidate’s fancy rhetoric and charisma, and neglect to consider the implications of his or her stance on issues that are important to us. In choosing a leader for their party, Liberal members and supporters from Western Canada should cast an educated vote for an individual whose policies will be favourable for their region and will improve their daily lives.

The winner of the Liberal leadership race will not only be named the representative of the Liberal Party, but he or she will also become Prime Minister if the Liberal Party wins the next federal election in 2015. In voting for a Liberal leadership candidate, supporters must be mindful of the fact that the winner could be faced with the responsibility of representing the entire nation. The Liberals should choose a leader who has proved to be capable of assuming this position, and would be a good representative of our country in the international sphere. The leader should be cognizant of the issues facing us in the western provinces, and his or her policies should support our endeavours. 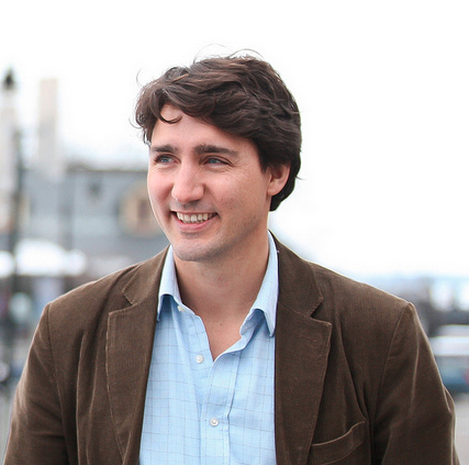 Recent polls indicate that over half of the Liberal Party’s eligible voters are supporters of Justin Trudeau, son of former and late Prime Minister Pierre Trudeau, and currently the Member of Parliament for the riding of Papineau in Quebec. Trudeau grew up in Montreal, earned his Bachelor of Arts degree from McGill University and moved to B.C. to pursue a Bachelor of Education degree at the University of British Columbia. After graduating from UBC, he taught social studies and French at our very own West Point Grey Academy and Sir Winston Churchill Secondary School, both located in Vancouver.

Since Trudeau has spent some time interacting with Vancouver’s youth, he has likely been exposed to some of the problems facing them today and he may have ideas on how to address them. However, various news sources and other Liberal leadership candidates have criticized Trudeau on many occasions for his perceived lack of substance. For the most part, Trudeau bodes well in identifying issues with education, foreign affairs and the economy, but rarely offers a solid platform on them. For example, Trudeau has succeeded in identifying that the housing market is largely inaccessible in cities like Vancouver, Toronto and Calgary, but he has done little more than to point out the obvious. If he were to propose a viable strategy to overcome this problem, it would serve him well, but unfortunately he has offered no such policies.

Overall, Trudeau has studied and taught in British Columbia, so he has a connection to the western provinces. Although he has spent time at Vancouver high schools and may have been able to identify problems facing our country’s youth, Trudeau’s history of ambiguous policies suggests that he may not be able to propose feasible solutions to them. However, he has an unmistakable air of charm about him and his young age in comparison to that of his competitors makes him seem fresh and relatable to Canada’s youth. As for the older generation, the mere mention of the name ‘Trudeau’ brings back fond memories of his father’s legacy. 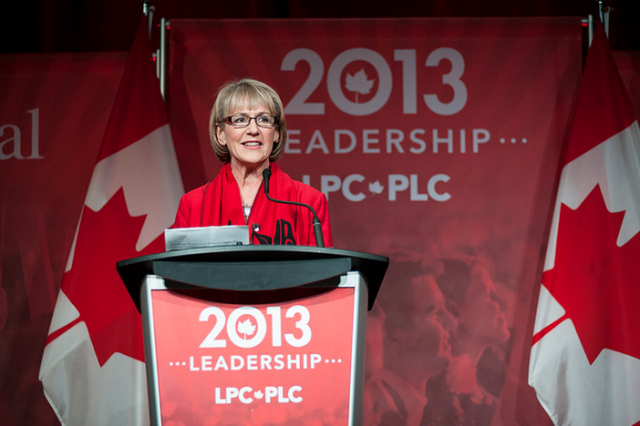 Raised in British Columbia, Joyce Murray currently lives in the Point Grey area in Vancouver and has been the Liberal Member of Parliament for Vancouver Quadra since 2008. Murray attended Lord Byng Secondary School and studied archaeology, linguistics and pre-med at Simon Fraser University. She returned to SFU to pursue an Executive Master’s degree in Business Administration, where she wrote her thesis about Canada’s options for meeting the challenge of climate change. Today, Murray is a strong environmental advocate and a successful businesswoman. She co-founded Brinkman and Associates Reforestation Ltd., a tree-planting proprietorship in British Columbia, which has expanded to other provinces and territories across the country.

Since Murray is the only Liberal leadership candidate who is located in western Canada, she would be a great representative of our region in the federal government. She is highly engaged in environmental issues, which are of significant concern in our day and age, and she would likely be successful in proposing viable solutions to various environmental concerns. As a businesswoman, she also has a first-hand perspective on running a business in Canada and would be able to suggest feasible economic policies to support business owners. However, Murray has been criticized on many occasions for supporting Liberal Party cooperation with the Green Party and NDP before the election and is the only candidate to do so. She proposes that the Liberals cooperate with the other parties to put forward the most competitive candidate in certain ridings, regardless of his or her party affiliation, in order to defeat the Conservative contender.

It is clear that Murray is primarily focused on taking away power from the Conservative Party and that the Liberal Party’s solitary victory will come second in her books. This may seem appealing to those who are deeply unsatisfied with Harper’s Conservative government and are eager for it to be replaced at all costs. However, strong Liberal Party supporters may find the prospect of cooperation with the Green Party and NDP to be outrageous and Justin Trudeau and Martha Hall-Findlay both echoed this sentiment at the final Liberal leadership debate on March 23.

Overall, the prospect of our national government being represented by a Vancouverite is very appealing. Murray’s vast knowledge of environmental issues and experience in Canadian business management suggest that she could propose well-informed policies in these areas. She also wants to ensure support for female involvement in politics, and proposes that we maintain a minimum of 40 per cent women in cabinet, government boards, agencies and commissions. However, Murray’s “defeat Harper at all costs” attitude may be a deal-breaker for some. 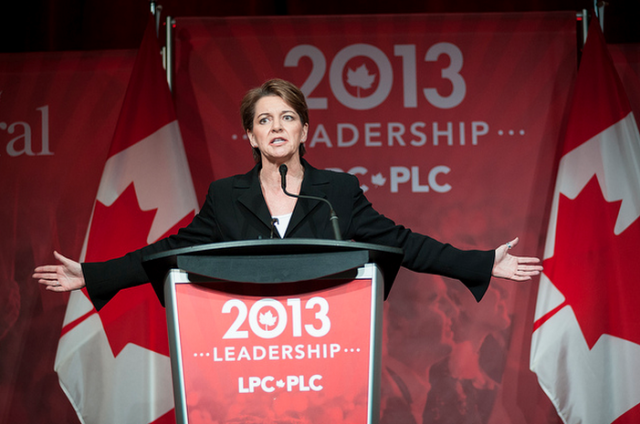 A lawyer, entrepreneur and businesswoman, Martha Hall-Findlay is another front-runner in the Liberal leadership race. She was born and raised in Toronto, and pursued her undergraduate degree at the University of Toronto where she studied international relations. She later received her law degree from Osgoode Hall Law School at York University and is currently an Executive Fellow at the School of Public Policy at the University of Calgary.

Although she has lived in Ontario for the majority of her life, Hall-Findlay’s position at the University of Calgary shows that she does have a connection to Western Canada. In 2008, she won a seat to represent the Toronto riding of Willowdale in the House of Commons, but lost her seat in 2011. She previously ran in the Liberal leadership election of 2006, but was unsuccessful in claiming the leadership position of the party.

Hall-Findlay is informed on environmental concerns and has voiced her perspectives on the Alberta oil sands. She believes that our oil sands could be more lucrative if we attempt to reach emerging economies across the world, rather than focus solely on the U.S. Environmentalists may frown upon this suggestion of an expansionary oil sands policy, as many Canadians believe that the oil sands are unethical and come at too great of a cost to the environment. On the other hand, others may believe that this would be a worthwhile pursuit and that the monetary gains for the government would exceed the environmental effects. Additionally, Hall-Findlay stands strongly against supply management in the nation’s agriculture sector and insists that the system is too costly for local consumers and is harmful for international trade.

Overall, Hall-Findlay’s successes in business and law have surely demonstrated her leadership potential. However, her lack of recent involvement in government could be seen as worrisome.

Who deserves your vote?

Almost 300,000 Liberal Party members and supporters were eligible to vote in the leadership race, of which 130,744 registered to vote. This is significant in comparison to the 250,000 members that the Conservative Party registered for their leadership contest in 2004, and the 128,000 members that the New Democratic Party registered in 2012. In addition to Trudeau, Murray and Hall-Findlay, other Liberal leadership candidates who have received less attention from the media, but are still worthy of consideration, include Deborah Coyne, Martin Cauchon and Karen McCrimmon. The new leader will be announced on April 14, 2013 in Ottawa, following general voting from April 7 to 14 by preferential ballot.

So, which Liberal leadership candidate is best for the West? Trudeau certainly offers a strong leadership personality, but may be lacking substance in terms of policy decisions. Murray is well-educated on a number of important issues that face our country, but her desire to cooperate with other parties could be seen as a sign of weakness. Hall-Findlay is a high-powered lawyer and strong environmentalist, but she has not had a seat in the House of Commons for the past two years, and some find that she comes across as intimidating and unapproachable. Coyne, Cauchon and McCrimmon have their pros and cons as well. In the end, it all comes down to what you value in a leader, what personal qualities you find appealing and what policies you care about.

Registered voters will receive their unique PIN via mail. Voting online and by phone is open from April 7 to April 14 at noon. For more information on the Liberal leadership, visit www.liberal.ca/leadership-2013 or follow the conversation on Twitter with #LPCldr.

Written and researched by Jenna Hussein, a political contributor at Vancity Buzz. Connect with Jenna on Twitter at @jennahussein.