But we find enjoyment out of it anyways. It’s an over the top soap opera that allows us to shut our brains off and relax after a hard days work. It’s honestly not much different from a Fast and Furious movie. Both involve The Rock with questionable muscle mass, except the WWE uses less cars (assuming Del Rio isn’t on the roster).

The hardest part of being a wrestling fan is probably trying to explain the history of wrestling to a new fan. Written on paper, it’s kind of hard to explain the character arc that lead to Naked Mideon. 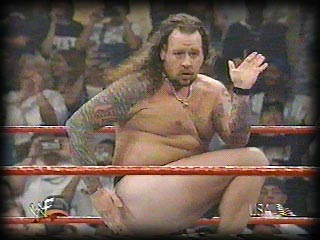 But that’s the joy of wrestling. Sometimes it’s just so over the top that you can’t help but sit back and enjoy it. I mean, this is a show in which people get “buried alive” only to show up a month later. Or a show in which people drag the caskets of dead people around a cemetery, hurling insults out of large speakers, while a giant chases after it. 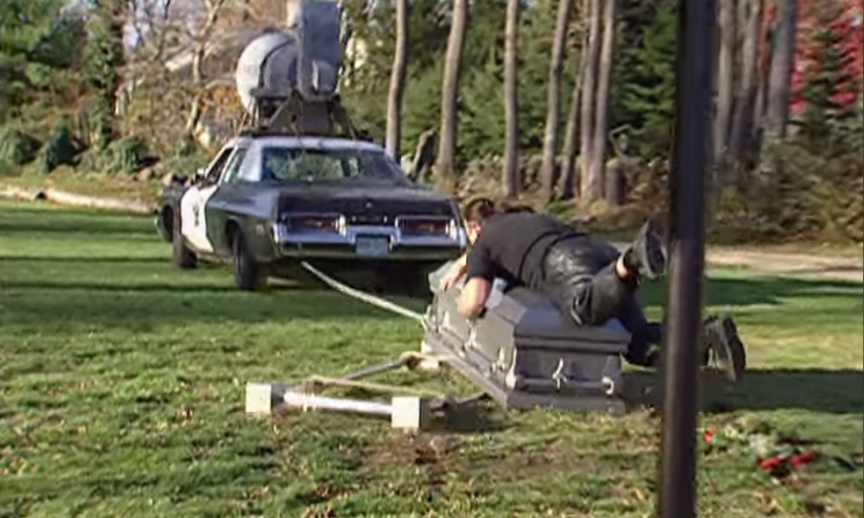 You have to suspend your disbelief and just enjoy the ride, because sometimes it’s just so stupid, it’s funny.

You want cameos? This video has them. I won’t ruin everyone who shows up, but Haley Joel Osment is but one of the stars who drop by to help tell the tale of the man with a sledge hammer plan.

If you have 24 minutes, sit back, put in your headphones, and enjoy the unauthorized HHH biography.

(Shout out to @DaleWentland who sent this my way!)