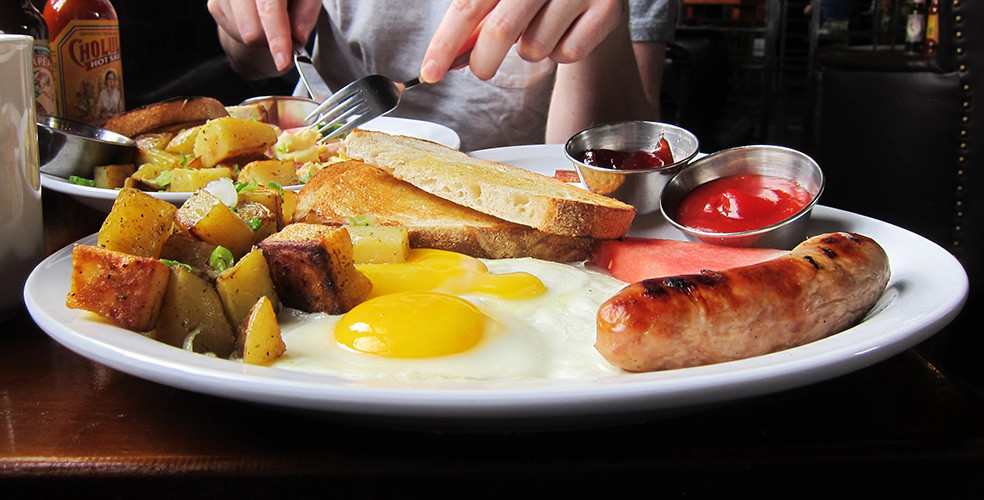 While there is no immediate cure for a killer hangover, there are ways to combat a sore head and an upset stomach, such as a hearty brunch.

Featuring plates full of grease-laden foods, hair of the dog remedies, and refreshing juices, here is a list of Vancouver’s best hangover-beating brunches. 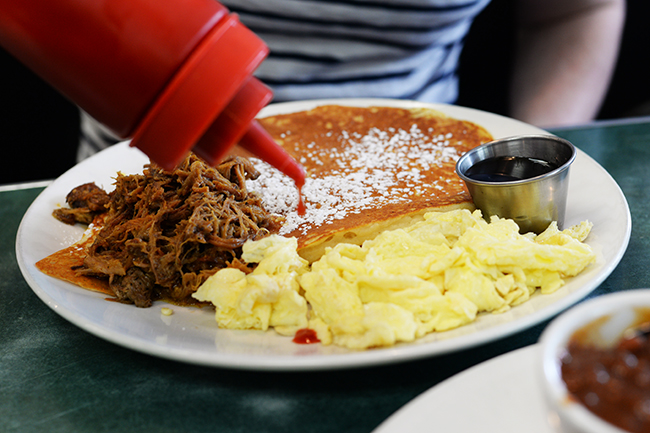 With chicken fried steak, pulled pork and grits, hash and eggs, and chicken and biscuits with gravy, it’s no wonder that Deacon’s Corner prides itself on being the “home of the hangover breakfast.” The portions are large, the coffee refills are limitless, and the dishes themselves contain a good amount of fat, salt, and crunch — just what you need the morning after an evening of drinking.

While the brunch offerings at the two Slickity Jim’s locations differ slightly, patrons are still guarenteed a wide selection of options, which are perfect for a late and/or hungover brekkie. Dig into stuffed breakfast burritos, Hollandaise topped Eggs Benny renditions, roasted honey ham and cheddar omelettes, and many more enticing options to soak up the booze. 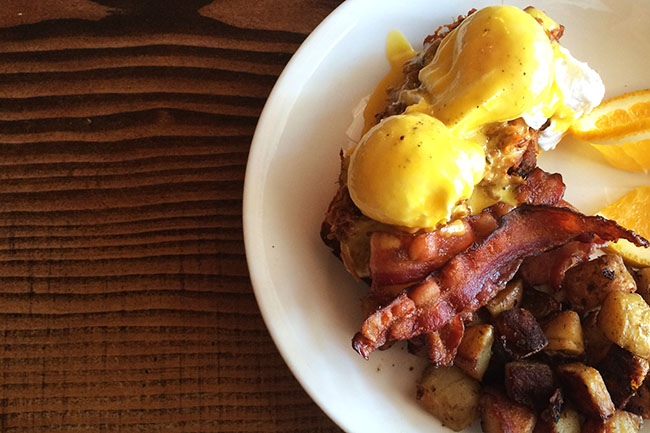 The brunch menu at Buckstop caters for hungover patrons. Choices include Barbecued Pork Scramble, a Smoked Brisket Breakfast Sandwich, and a plate of West Coast Eggs, which is comprised of eggs any style, smoked bacon, chorizo sausage, hash, and toast. As a hair of the dog remedy, Buckstop offers an almighty Caesar, as well as a variety of other alcoholic libations.

Downtown’s wildly popular Twisted Fork Bistro serves up a range of hearty dishes, ideal for curing the ailments endured after a night of heavy drinking. Those who believe that grease will do the trick can choose between a Croque Monsieur, baked eggs and bacon, banana stuffed brioche French toast, and more, while those who trust a hair of the dog drink (or three) can toss back a Twisted Mary (vodka, red wine, balsamic vinegar, tomato juice, and spices). 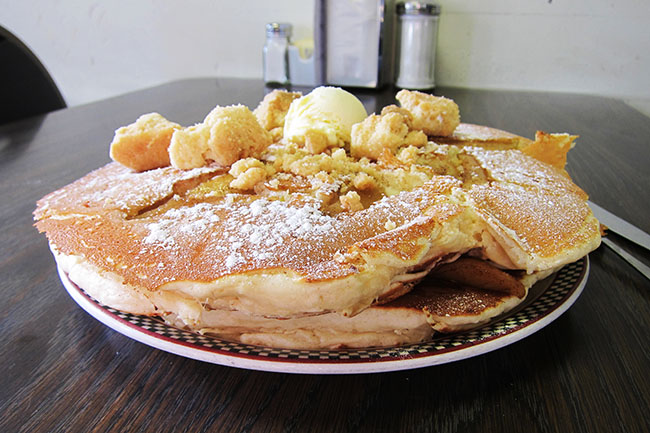 While most people think of The Distillery Bar & Kitchen as an evening haunt, the Yaletown eatery offers a gratifying and extremely well-priced weekend breakfast/brunch menu. Indeed, the dishes are all priced at $10 each! If you’re craving meaty goodness, tuck into The Broken Meatball Hash or Yesterday’s Lasagna (served cold with a side salad and a draft beer). Want carbs? Stick your fork into the aptly named Hangover Cure, a bowl of fettuccine Alfredo, with thick cut bacon, poached egg, and an all-important YDC vodka shot. 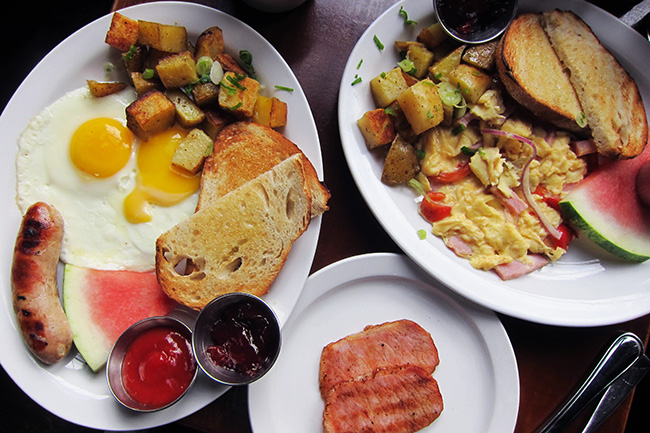 If you’re looking for a casual weekend brunch joint, where the meals are tasty and a beer or two at brunch is commonplace, then make a point to drop by the Alibi Room. While a beer may be the last thing you want when you’re nursing a hangover, Alibi Room’s simple brunch delights are just what the Doctor ordered. Devour a toasted breakfast sandwich, Huevos Rancheros, scrambled eggs, French toast, or the Big Brekky plate, which consists of eggs any style, roasted potatoes, toast, and the choice of a breakfast sausage, back bacon, or R&B Beer cured chorizo. 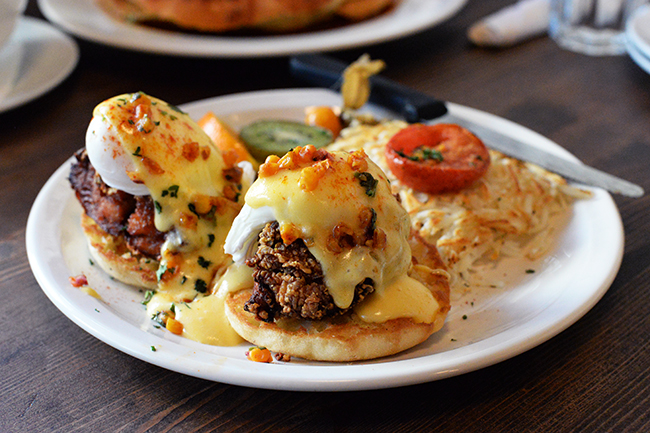 Jam Cafe has only just opened yet it has already been getting some great feedback. Known for its deliciously indulgent meals, this all-day breakfast spot is sure to provide the solution to any nasty hangover. Savory eaters will want to order the Fried Chicken Benedict, while those with a sweet tooth should request the Red Velvet Pancakes. There’s also a side of sugar coated bacon, need we say more? Be warned, with so many eager souls determined to taste Jam Cafe’s mouthwatering eats a wait for table is almost certainly guaranteed. 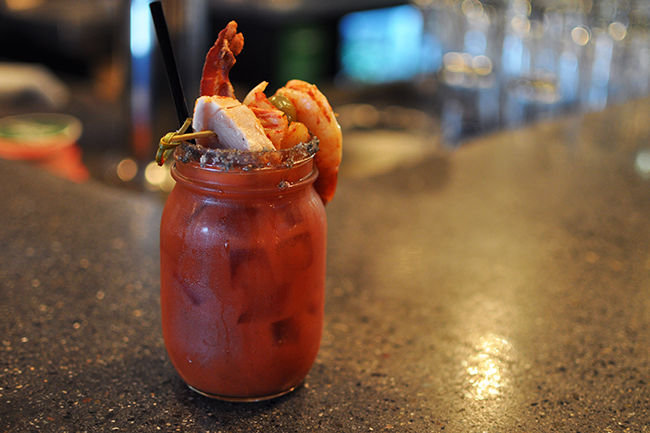 Kick the hangover with a hair of the dog remedy at Olympic Village’s Bao Down Gastropub + Raw Bar. Choose between a range of pick-me-up cocktails, including Bloodsport-Bao Down’s fiery take on a Caesar. Served in a glass jar this boozy concoction is made up of Walters Craft Caesar Mix, the choice of Stoli Vodka or Bombay Sapphire Gin, a Worchester prawn, seared tuna, a bacon strip, and some kimchi. Complete the picture with a plate of chicken and waffles. 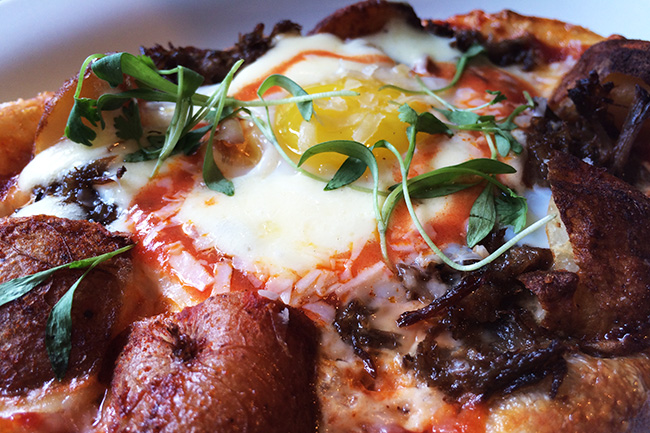 Who says you can’t have pizza for brunch? The folks at The Parlour on Hamilton Street certainly believe that chowing down on pizza in the morning is a great way to begin the day, so much so they have created a delicious range of individual-sized brunch pizzas to be savoured on the weekend. These carb-tastic treats will have you eating away the after-effects of the night before in no time at all. 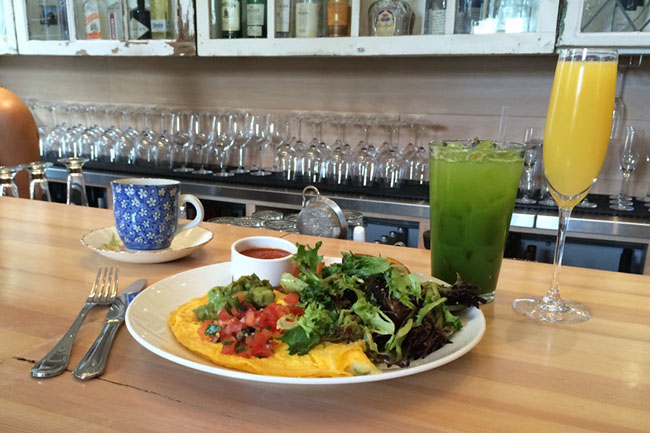 Those who prefer to hydrate and nourish their body after an evening of drinking can do so at Heirloom. Keeping in line with the restaurant’s ambition of dishing up reliably fresh, nutritious vegetarian cuisine, brunch at Heirloom consists of a range of plant-based and vegan dishes, as well as a range of fresh pressed juices. Healthy colourful concoctions include the kale refresher, which is made up of kale, pineapple, mint, green apple, and soda.