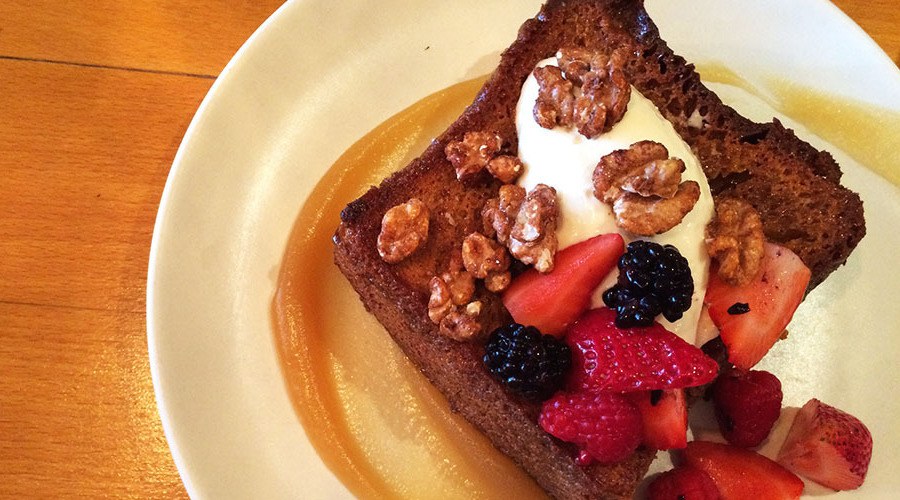 French Toast can be a purist brunch lover’s dream…but then again it can also be a monumental feast. Vancouver is paradise for French Toast fans, thanks to countless stacks of sugary excess. Go bananas for renditions with banana bread, or nuts for sweet slices stuffed with Nutella.

Here are 11 fantastic French Toast dishes you must try in Vancouver.

Fable’s French Toast has brunchers with a sweet tooth licking their lips in anticipation. Topped with a dollop of mascarpone cream, candied walnuts and seasonal preserves, Fable’s mammoth chunk of French toast is guaranteed to satisfied.

Think Fable has French Toast on lock? Head to their sister restaurant Fable Diner, the more casual modern diner at Main and Broadway, for their Loaded French Toast. This dish is served with Nutella mousse, candied walnuts, and fruit.

This Gastown favourite does not disappoint when it comes to their decadent French Toast. Beautifully presented, their bread pudding French Toast is served with maple blueberries, toasted oats, whipped cream, and mint.

For a straight-from-Paris French Toast experience, head straight to Ladurée on Robson, which offers a fancy French Toast that might make you forget all about their macarons. Just kidding. Get some macrons, too.

Why settle for just plain French Toast. Be bold. Go for it. Add fried chicken to it. At Jam Cafe, their Chicken French Toast marries the sweet-salty worlds of their Brioche French Toast with Buttermilk Fried Chicken, drizzled with Tabasco honey and jalapeño sour cream, tomatoes, pickled cabbage, and green onion. 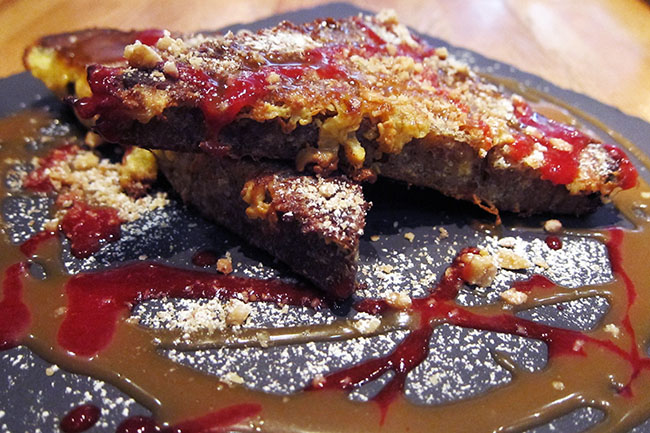 The Oakwood  akes French toast to a whole other level. Made with homemade banana bread, this Kits spot’s French Toast is outrageously good. It’s served hot and topped off with a salted caramel drizzle, raspberry coulis, and candied walnuts. 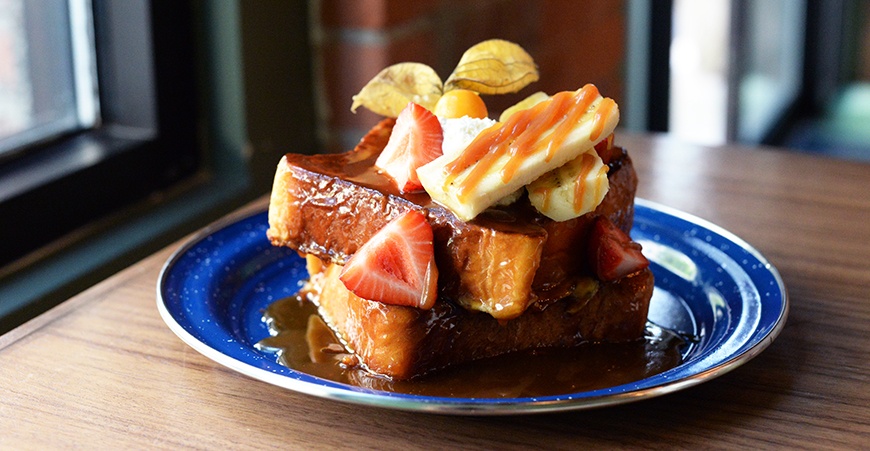 The West End’s Ritual has a French Toast creation that could become your weekend ritual, for sure. Their fresh-baked Ciabatta bread is given the French Toast treatment, then is topped with caramelized bananas, brown sugar, and bourbon.

One of the city’s bastion’s for sustainable dining, Forage wows weekend after weekend with their stellar brunch offerings. On the sweet side you’ll find their Brioche French Toast, which is always accented with seasonal flavours, for example you may find in the cooler months it’s got squash purée, candied bacon, and compressed berries.

If you can resist ordering their epic pancakes, this amped up greasy spoon with a side of sass is dishing up crazy intense French Toast dishes, including their Chocolate Chip Banana Bread version, which is pretty serious next-level stuff. If that isn’t quite your taste, they also make an Apple Cobbler French Toast, a Nutella French Toast, and a plain ol’ classic French Toast (in case your dentist isn’t on speed dial).

With files from Jess Fleming