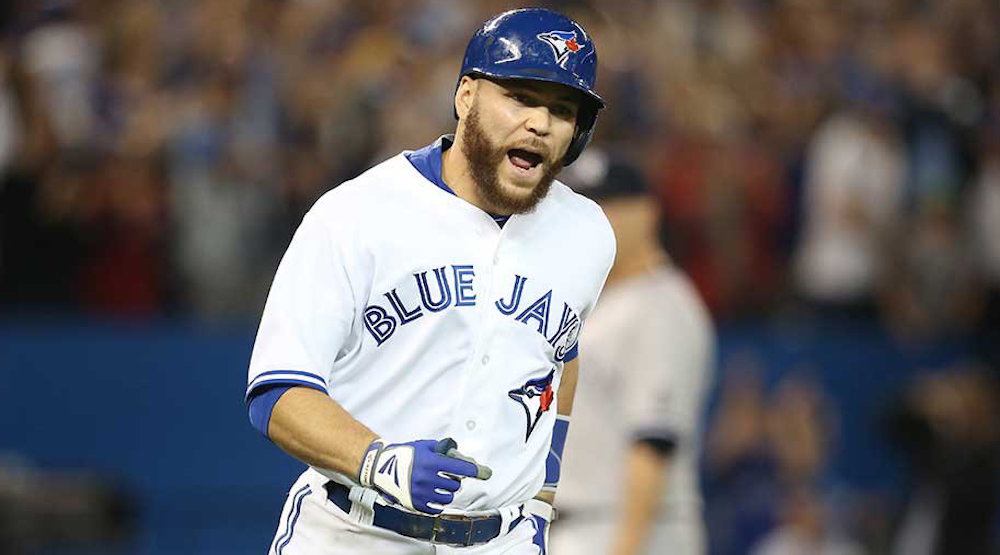 Since their inception as an expansion team in 1977, the Toronto Blue Jays have always faced an uphill battle with luring free agents. Most times, the appeal of playing under the bright lights in New York, Boston, and Los Angeles has swayed free agents elsewhere.

Every so often, the planets align and the Blue Jays manage to convince big-name free agents to sign with Canada’s team. Case in point, landing Hyun-Jin Ryu to a four-year, $80 million contact last offseason.

This winter, the Jays figure to do some damage in free agency, with a bevy of talent to choose from. The Blue Jays have overpaid for free agents over the years, but there are some rare instances when overpaying has been well worth the dollar figure.

These are the seven best free agent deals signed by the Blue Jays in franchise history.

When the Blue Jays signed J.A. Happ to a three-year, $36 million dollar deal after the conclusion of the 2015 season, the deal was met with a bit of disappointment.

David Price just walked out the door as a free agent and he had one of the most electric half-seasons in franchise history. Rather than re-signing Price, the team’s first order of business was signing Happ, a pitcher who had mixed results in a Blue Jays uniform.

In retrospect, signing Happ proved to be one of the savviest moves of the Mark Shapiro-Ross Atkins era. Happ anchored the Blue Jays rotation in 2016 and put forth stellar numbers until they traded him to the Yankees during the final year of his deal.

It’s easy to forget that the Toronto Blue Jays were once the biggest spenders in baseball. During their World Series title years, they had the third-highest and highest payrolls in MLB in 1992 and 1993.

One of their biggest free agent acquisitions in the winter of 1991 was signing 39-year-old veteran Dave Winfield. As an 18-year-veteran, a World Series ring was the only accomplishment that eluded Winfield, and he finally got one in 1992 with the Blue Jays.

Tony Fernandez made four rounds with the Blue Jays, but none were as impressive statistically than his third tour across 1998 and 1999. The Dominican native signed a two-year deal to return to the team that brought him to the big leagues in 1983.

How many times has a player struggled through their career, only to put on Yankee pinstripes and magically revitalize their career? Doyle Alexander is one very rare instance where the exact opposite happened.

The Yankees released him in May 1983, and the Blue Jays signed Alexander as a free agent three weeks later. For the next three-plus seasons, the veteran journeyman was one of the best starting pitchers on the team’s roster.

Best of all? Although Alexander signed as a free agent for league minimum with the Blue Jays, the Yankees were responsible for most of his salary. The Jays paid a mere $80,000 for his services during the 1983 and 1984 seasons.

Many will point to the Josh Donaldson trade of late 2014 as a turning point for the franchise, but the Russell Martin signing was the first domino to fall that pushed the 2015 Blue Jays towards contention.

As staggering as the total was, Martin more or less lived up to his contract, setting single season franchise highs for Blue Jays catchers in 2015 under categories like home runs, runs, and RBI’s.

During the 1991 offseason, the Blue Jays made two huge splashes by signing Jack Morris and Dave Winfield. After winning the World Series in 1992, the team doubled down by inking two of the biggest free agents on the market, including long-time Milwaukee Brewer, Paul Molitor.

In December 1996, Blue Jays GM Gord Ash did the unthinkable; he convinced the biggest free agent on the market to move north of the border. The Jays inked three-time Cy Young winner Roger Clemens to a staggering four-year, $40 million contract.

The deal made him the highest paid pitcher in baseball by average annual salary. To his credit, he lived up to the billing during his brief two-year stint in Toronto, winning consecutive Cy Young awards in 1997 and 1998.

In the end, the deal ended up being a two-year contract in Toronto, as Clemens reportedly had a handshake agreement with the Blue Jays that they would trade him to a team of his preference if the Jays weren’t contenders after the first two years of the deal.

Despite a strong 88-74 record in 1998, the Blue Jays missed a playoff berth by four games. The team was handcuffed and dealt the Cy Young winner to the Yankees for a package of players which included former Blue Jay David Wells, Homer Bush, and Graeme Lloyd.