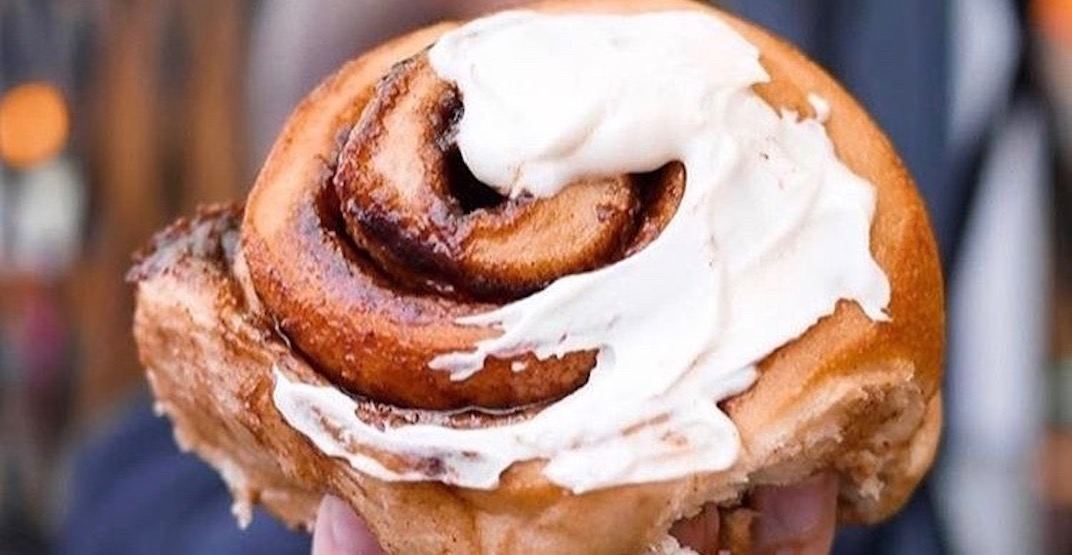 Nothing beats the swirly goodness of a sweet and sticky cinnamon bun, especially when they are fresh and housemade.

These glorious buns can either be frosted with cream cheese or drizzled with caramel sauce and pecans.

Buns like these also happen to be an acceptable breakfast, snack, or cheat day meal – so go treat yourself.

These are the best ooey-gooey cinnamon buns in Vancouver.

Grounds For Coffee’s cinnamon buns are legendary in Vancouver. The soft buns are made from scratch several times a day and are glazed with their homemade cream cheese icing. They make seasonal buns that are stellar, but the classic ones are a no-brainer when you’re in the mood for this sweet treat.

This East Vancouver bakery is a neighbourhood favourite and one bite of its cinnamon bun and it’s not hard to see why. Perfectly ooey and gooey, you can’t go wrong with an Uprising bun.

Cartems has mastered the art of doughnut making and now they’ve expanded into the world of cinnamon buns. Their vegan yeast dough buns are freshly made in the mornings and given a generous drizzle of their house-made caramel sauce, vanilla bean icing, and chopped pecans.

Solly’s Bagelry knows how to do bagels, but they have also got some sweet sticky cinnamon buns which served with their tangy cream cheese.

Hidden amongst the sky-high piles of meringues, scones, and loaves at Purebread, you will find their signature version of the cinnamon roll, Pecan Stickies. These cinnamon buns are given a generous coating of their housemade caramel sauce before getting a sprinkle of whole pecans.

Saturdays and Sundays are special at Butter because you will find their big fluffy cinnamon buns cooling on the marble countertop. In addition to their classic cinnamon buns, Butter makes special fruit-filled buns such as almond raspberry, peach, and strawberry rhubarb.

Do not be confused by the Schnecken at Trafiq as it is the German name for snail and refers to the swirls of the soft sweet butter dough. Cinnamon spice, caramel sauce, and lots of chopped pecans are rolled between the fluffy layers of glorious cinnamon bun dough here.