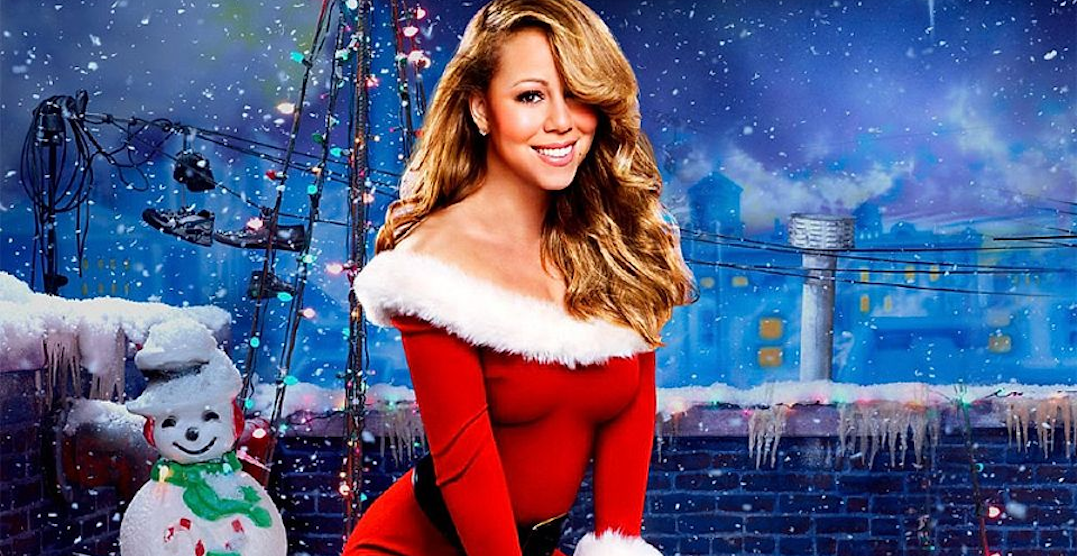 The Christmas season is officially in full-swing, which means radio stations, your mom, and lobbies everywhere are switching over to their holiday playlist.

Slay Belles, the second (and undoubtedly superior) of RuPaul’s two Christmas albums, came out alongside The RuPaul Show’s Christmas special. The title is a PLAY ON WORDS. “Jingle Dem Bells” is not only the best track from the album, but it’s also the best bounce banger of the holiday season, and guaranteed to bring the whole family to booty pop together, which Jesus said was the whole point of Christmas. 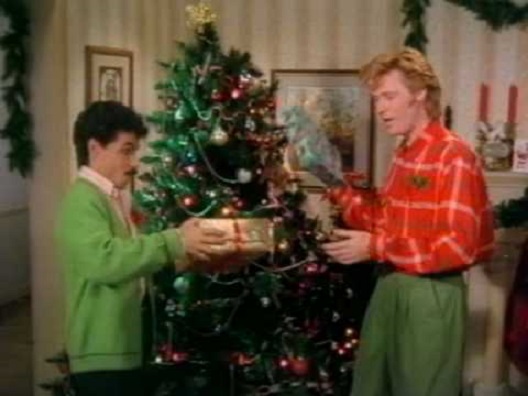 Hall & Oates released three versions of this song. The version from their Christmas album in 2006, when they were most popular, had shared vocals. But what you may not know is that Hall & Oates actually first got together in the 80s, when they originally released this jam as a single that had each of them separately singing lead vocals on either side of the record. That’s a sign your band is getting along, right? Anyway, John Oates’s version is about 50 times better. He’s been giving Daryl Hall the gift of a free ride for more than three decades.

“Feliz Navidad” was originally written by Boney M for their incredible Christmas album, which is probably the best Christmas album, but we’re ranking songs here. Anyway, in 1970 it was covered by Jose Feliciano, who added some grit and released the now-definitive version. As St. Nick surely once said, the whole point of Christmas is singing along, and “Feliz Navidad” earns a spot here because it’s exceptionally easy to remember all the words. Also, you should know that “Merry Christmas” is English for “Feliz Navidad.”

Snowed In, the Hanson Christmas album, is as a whole pretty legit, but the standout track is definitely “Everybody Knows the Claus,” one of their three originals. Its rough guitar snarls and borderline-violent drumbeat are reminiscent of the band’s thrash metal origins, while the lyrics remind us that Santa Claus is only friendly when you’re nice, and that naughty folks should be wary of his cruel, vindictive side — an important Christmas lesson. Also, everyone from Hanson has grown up to be pretty normal and pleasant, and who would have guessed that, especially after one of them married a groupie?

The Jackson 5 represent only half of the 10 children born to Katherine and Joe Jackson. Joe later became infamous for his abuse of his children, specifically the lesser-known Michael. While Joe admitted to whipping the children with switches and belts, he objected to the term “beating,” because he felt that implied the use of a hard object. So he was kind of a jerk, and it’s no wonder his children recorded the best version of this song about their mother enjoying an extramarital affair with an imaginary holiday deity.

Whenever this comes on, the first notes can easily trick you into thinking it’s actually Aimee Mann’s “Wise Up,” which is probably one of the saddest songs ever. And this Cat Power take on a true Christmas classic really injects that holiday loneliness into the jam. Like it was written to her ex-lover while he’s on vacation in Aruba with his secretary, and their kids are grown up and didn’t come home or even call. Great Christmas songs are either deliriously festive or heartbreaking bummers. This cover takes one of the former and turns it into the latter.

This is not the most covered Christmas song. That honour belongs to “Silent Night” (ugh), which has over 25,000 covers on Spotify alone. But it’s important to celebrate the covers that either do something different (see #14) or become totally definitive. And Springsteen OWNS “Santa Claus is Coming to Town.” Is it really all that far-fetched to imagine that Bruce and Santa are friends? Like, once Saint Nick is done delivering gifts he touches down in New Jersey and knocks back a beer and a dart with the Boss? That’s pretty canon.

I hope you had FUNK on your Christmas list! This song takes those aforementioned holiday blues and punches them right in the mouth. Earth Wind & Fire has covered basically every Christmas song ever, and they have all of them better, but this one in particular really gets turned up to 25. Best listened to while preparing dinner so you can do that side-by-side hip-bump dance with your grandmother.

John Lennon is a liar. He may have called this song “Happy Xmas,” but he definitely didn’t mean it, because this is pretty much the saddest Christmas song there is. It sounds great, sure, but that first line — “So this is Christmas, and what have you done?” — pretty much nails that melancholy associated with the reminder that we are all getting older and measure the futile progress of our little lives in meaningless twelve-month chunks. Anyway, happy holidays or whatever, I guess.

We’re all fortunate to be living in the Golden Age of Sandler, which began with Best Picture Nominee Click and later peaked with Netflix’s The Ridiculous 6. However, younger fans may not realize that in the distant past, Sandler was a regular on Saturday Night Live, where he first performed “The Chanukah Song.”

The original is PROBABLY better, at least if you measure songs by how good they sound in your ears and brain, but this list was short of its CanCon quota. Plus, Christmas is about love, and is there anyone more lovable than Carly Rae Jepsen?

Just to be clear, this song is #1. It’s so #1 that it makes the whole concept of a list pointless. It’s #1 and it’s also #13 and it’s also #82. It’s the song that makes Christmas possible. Is Christmas an excuse to play this song a lot, or is this song an excuse to celebrate Christmas? There could be a Labour Day version of this song where every “Christmas” was replaced by ODB (RIP) shouting “Labour Day!” and that would be the #1 song on every Labor Day playlist (a spot currently occupied by The Spin Doctors’ Two Princes, obviously). Anyway, this song is so popular it should simply be retired from lists — even this definitive one. So let’s give the #1 spot to a song that actually exists on the mortal plane.