When 26-year-old computer programmer Justin Long realized working crazy-long hours in Vancouver’s tech industry was cutting into his time to find girls to meet and date, he decided to build a computer program that would do it for him. Interesting approach. Impersonal? Maybe. Effective? Definitely.

In 2015, Long created “Tinderbox,” a way to automate the dating app Tinder, where the computerized robot could learn who you find attractive, make educated swipes, and use automated language technology to start conversations. He tried it out, it worked, and he scored quite a few dates with girls who were his ‘type.’

He posted the initial results on a few techie forums to get some feedback from his peers, and his phone blew up with emails and text messages from hundreds of others hailing his invention. His technology was covered on websites, magazines, radio programs, podcasts, and even television.

Well, Long’s back with a new-and-improved technology that he calls “Bernie.” Makes sense actually, everyone has a friend named Bernie, the perfect ‘Wing Man’ (and Wing Woman). And Bernie is definitely that.

Bernie A.I. is a computerized dating assistant that uses Artificial Intelligence (or A.I.) to look into a person’s online dating photos to gather psychological clues about their personality. But it gets even better.

Bernie is playing-the-field a bit by expanding to more dating networks than just Tinder, more like a ‘dating dashboard’ – the ultimate assistant with the ability to search out dozens of potential dates every second of every day. Long is now working with Bernie to make computerized matchmaking more than just a mix of automation and computer technology, and he gave Vancity Buzz a look through the key-hole to finding your dream-date.

“People are right when they say that a picture is worth a thousand words,” he said. “For example, the background of a profile picture says a lot about that person. Are they indoors or outdoors? Outdoor settings can hint whether people love to hike or be extroverted.”

Long is cracking the personality code of the human face. 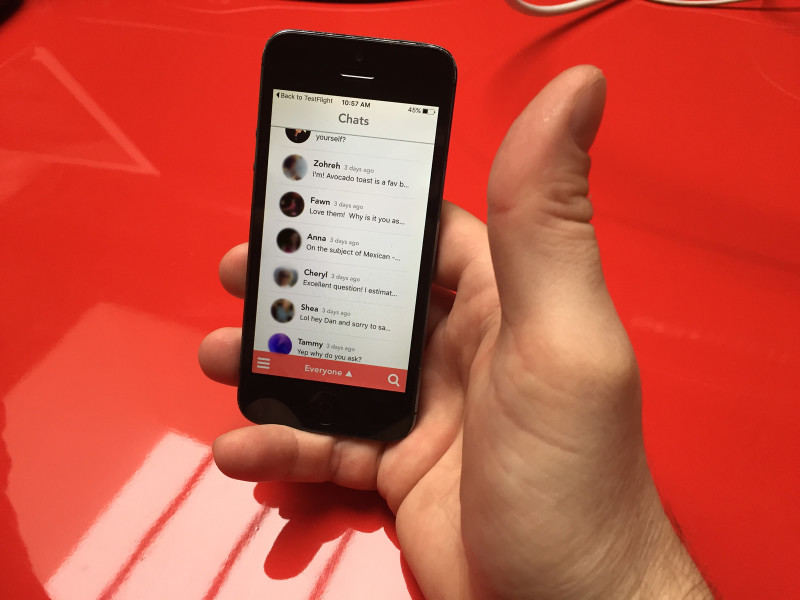 “I studied the work of world-renown psychologists like Leslie Zebrowitz to understand facial expressions and social perceptions to make Bernie’s work more and more accurate. For example, remember how your mother said ‘if you make that face too long it will stay that way’? She wasn’t far off.”

Long explained that general moods and personalities can develop certain muscles and wrinkles in the face. Although it’s easy to tell a computer to identify specific wrinkles, what’s difficult is engineering a method that can compose these features together with other factors, and design a system that can identify thousands of perfect-match-people in a millisecond.

He sought help from friend Lucius Meredith, a previous senior Microsoft architect, who developed a novel solution to scale Bernie. The technology is using a special type of machine learning called “neural networks” to identify specific facial features, and Meredith realized they needed a way to compose them together. The pair are developing a way to “chain” these networks together that makes Bernie faster and more effective.

Although Bernie’s psychology skills are still being perfected, Long says there’s a lot to like in the first version. “Bernie still has the facial recognition and conversation abilities that can’t be found anywhere else.”

So what does Long think about A.I.? He says that people who are especially career-driven and time-oriented will be the beneficiaries.

“I’m building Bernie for both men and women who shared the same problem I had when using Tinder and other dating apps. People who are time-oriented don’t want to be stuck swiping and gambling for hours online. They’re happy to seek outside help. It’s so much better when your assistant can identify subtle clues in photos. And instead of bothering friends, they can confide in their computerized assistant.” 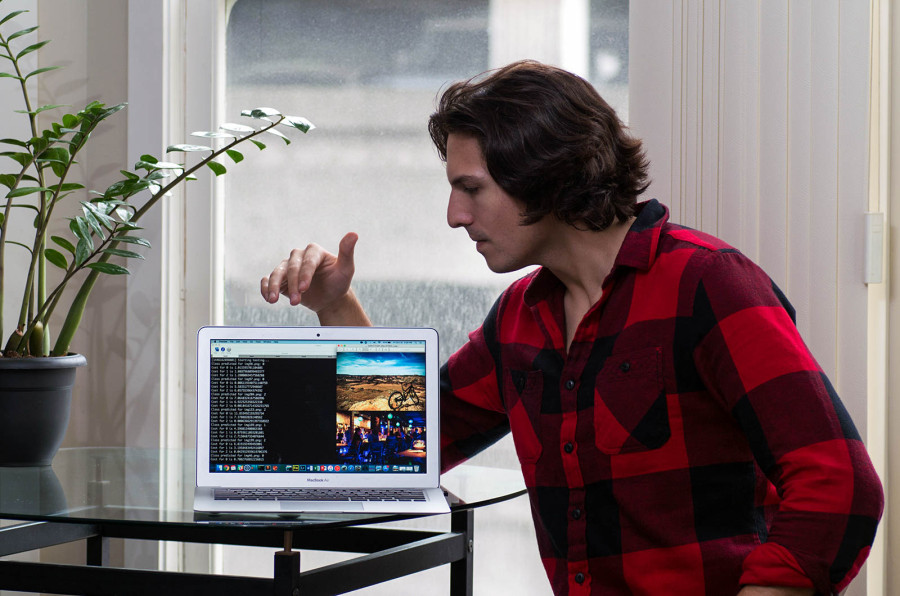 Long is not the first person to build this type of technology. Companies like x.ai and Clara Labs have developed personal assistants who talk through email to manage scheduling and meetings, and their customers previously benefitted from shared or personal assistants that managed their calendars. Bernie is pretty much the same, but better. He has the gift of sight and the ability to conduct conversation and filters potential dates based on the preferences of the user.

But what will happen if everyone starts using Bernie for dating? “Honestly, while that sounds really cool, I don’t think that will ever happen. There are way too many people who still enjoy swiping on their own, and I’m not here to change that. I’m here to solve both a time and matchmaking problem. To make the dating life a bit easier for time-challenged people. What’s great about it is that people who were turned away from the stigma of online dating will come back. Bernie will attract a new and interesting crowd.”

How did Bernie get his name? Long says the inspiration is from a late friend who was well-loved and athletically successful. Long credits the real Bernie for pushing him when he was younger to date and meet new women. After getting the okay from a close friend to Bernie, Long moved forward with the namesake, which he hopes will live forever.