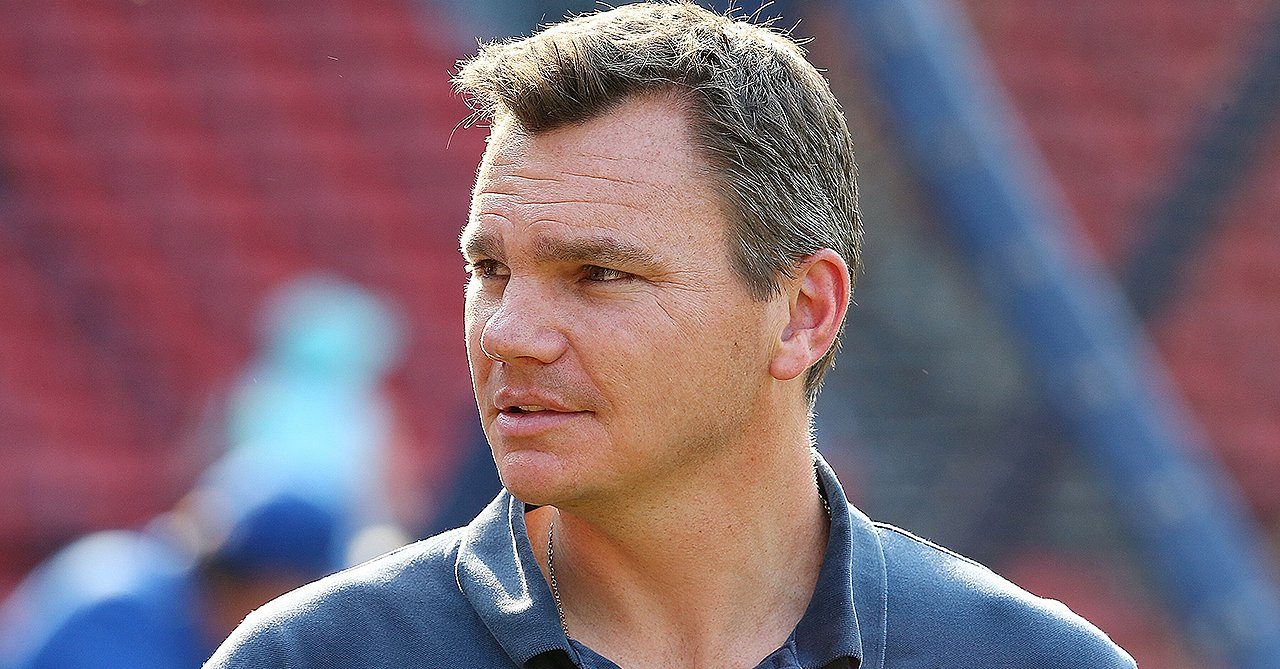 While the Blue Jays were in the midst of losing yet another game this September, the team hired former Boston Red Sox executive Ben Cherington as their new vice-president of baseball operations.

Cherington, the 2013 Sporting News Executive of the Year, joins the Blue Jays front office and will report directly to general manager Ross Atkins with a focus on scouting and player development.

Some fans will remember Cherington as the general manager who acquired the rights to manager John Farrell and hired him away from the Blue Jays before the 2013 season, which would ultimately end with the Boston Red Sox winning the World Series.

Other fans might choose to remember Cherington as the general manager who hired fake mustache aficionado, sideshow Bobby Valentine away from Japan or the guy who slid a five-year, $90 million contract across the dinner table to Pablo Sandoval.

So what does it all mean?

Any way you look at it, adding Ben Cherington to the Blue Jays front office can only help a team that has routinely struggled to scout and develop impact major league talent through their minor league system. He’ll be an experienced ear for Ross Atkins to bounce ideas off of.

If there is one thing the Blue Jays need to develop, aside from quality young players, is an organizational philosophy based around the fundamentals of baseball and decide what style of team they want to be. (Hint: striking out while waiting for the long ball isn’t a sound philosophy.)

For all the flack Cherington took for the signing of Sandoval which, like the hiring of Valentine, was more than likely the result of pressure from ownership and executives above him on the chain of command, he does deserve a lot of credit for trading the monster contracts of Josh Beckett, Carl Crawford and Adrian Gonzalez that paved the way for a rebuild of the team that culminated in a World Series victory just one season later.

Cherington will "impact every aspect of" baseball ops per #Jays. Emphasis on player dev. Will work closely with Gil Kim & report to Atkins

The good news for Toronto Blue Jays fans is that the team has just hired the executive that helped acquire and develop the likes of Mookie Betts, Xander Bogaerts, and Jackie Bradley Jr.

The bad news? Those guys are probably going to be the reason why the Blue Jays will be watching October baseball in their onesies at Jose Bautista’s place.