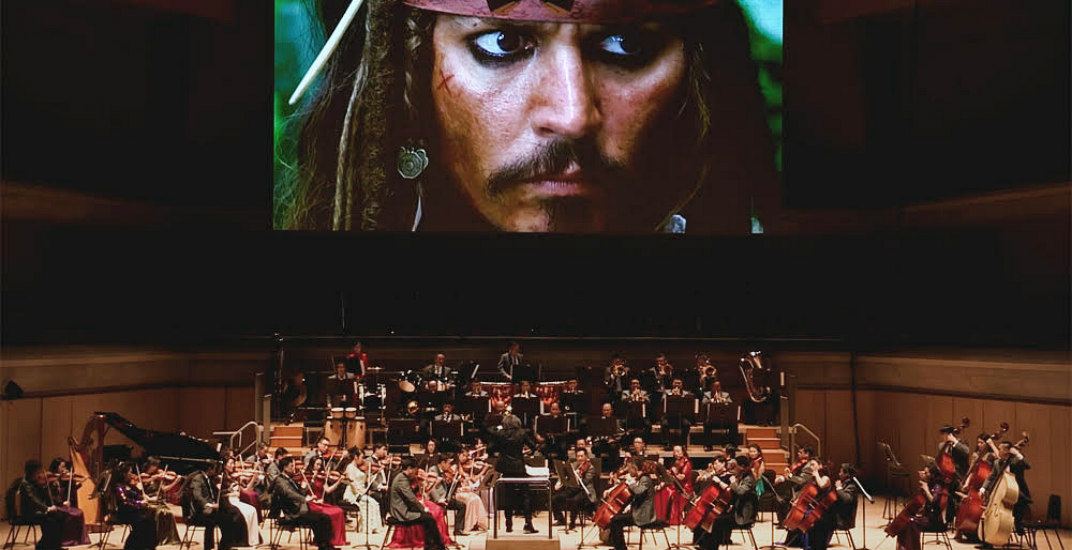 You know how a movie soundtrack has the power to move you on another level?

Well, on January 12 you’ll be able to experience the awe and amazement in real life at Cinema In Concert, taking place at the Orpheum.

All 80 members of Beijing’s internationally-renowned China Broadcasting Film Symphony Orchestra (CBFSO) will be in Vancouver to perform Oscar-winning Hollywood and Chinese film scores while iconic scenes are projected on a massive screen above them.

So you’ll actually have the chance to relive the magic of the movies with a live orchestral accompaniment led by acclaimed conductor Pang Ka Pang, for just one night in the city.

Just so you know, CBFSO is one of China’s finest symphony orchestras and is known to sell out concert halls worldwide. Now you have the chance to see them bring new life to soundtracks from Braveheart, Casablanca, Jurassic World, Legends of the Fall, Pirates of the Caribbean, classics from the Chinese Movie Music Collection, and much more.

Back in 1949 the orchestra first began and since then has performed and recorded music for nearly 2,000 films, TV dramas, and documentaries. Since its first tour abroad in 1992, the orchestra has performed in more than 40 countries on five continents.

So you really don’t want to miss this. Tickets for the evening are on sale now starting at $29 and you can snap up yours via TicketsTonight.

“Hans Zimmer. Ennio Morricone. James Horner. These names are the Mozarts and Beethovens of our modern age,” Rudy Gao, presenter of the concert and President of the Canada-China Cultural Development Association (CCCDA), said in a press release.

“Their creations have transcended space, time, and language; traveling the globe and adding excitement, tension, and emotion to some of our greatest shared stories. In this special concert, we celebrate the incredible art and power of the film soundtrack – and revisit some of our favourite moments from the silver screen.”

Cinema in Concert will feature compositions from five Oscar-winning composers, who boast a remarkable eight Academy Awards and a total of 45 nominations between them. Performing alongside the CBFSO will be special guest soloists from the local music community, including the Vancouver Folk Song and Dance Troupe.

When: January 12, 8 pm
Where: The Orpheum – 601 Smithe Street at Seymour
Price: Starting at $29 – Tickets available via TicketsTonight