Steel & Oak Brewing sells a lot of lightly hopped ale. The New Westminster hot spot brews 5,200 litres of its best-selling Royal City Ale each month, which amounts to about 1,300 litres sold each week.

But with that volume of beer production comes a big increase in the byproduct produced during the brewing process: spent, soggy grains. Tons of them.

While used wheat and barley from craft breweries used to end up in the landfill, Steel and Oak are one of a growing number of local microbreweries taking part in a unique brewery-to-farm program that diverts that waste to farms and turns it into a source of sustainable animal feed.

Each week, 1,600 kilograms of spent wheat and barley from Steel and Oak is sent to Urban Digs Farm, and used to feed their heritage pigs. 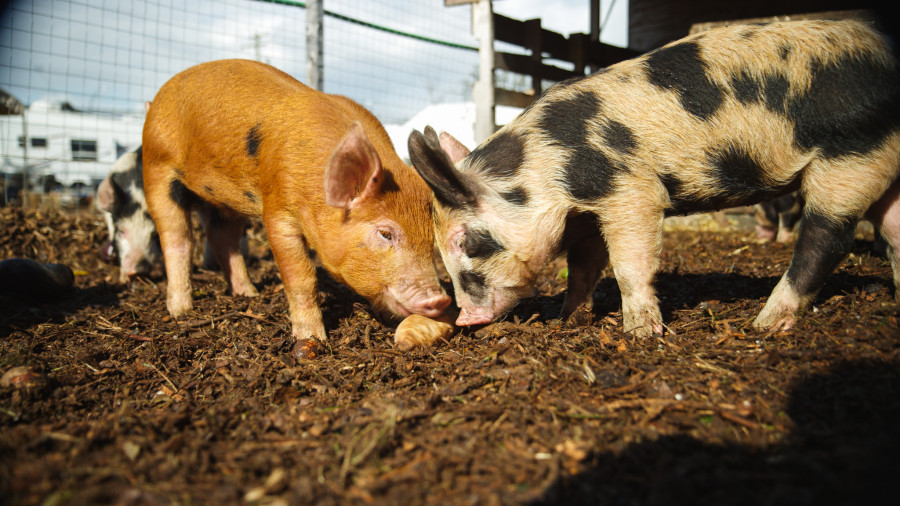 Farmer Julia Smith gets the majority of the brew mash from microbrewers Coal Harbour, and some from Storm and Bomber brewing as well. The grains – mostly local barley, hops and wheat – have significant nutritional value for the pigs, says Smith.

“We pick it up, feed it to our animals and turn it into bacon,” Smith tells Vancity Buzz.

An organic farm that prides itself on reducing waste and raising its pigs almost entirely on “rescued food,” the boozy feed is part of its larger ideology to recycle and reuse however it can. And this ultimate recycling program is a win-win for the farm and the brewery.

“When we pick up these ‘waste products’ we are greatly reducing the carbon footprint of these businesses,” Urban Digs says.

“In the end, the animals are fertilizing our fields for us, reducing the need for us to bring in additional compost and soil amendments. Forget “carbon neutral” – our pigs are “carbon positive!” 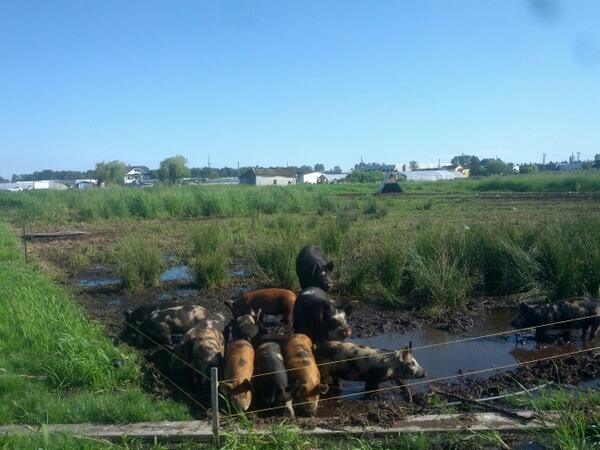 The pigs at Urban Digs Farm aren’t just dining on microbrewery leftovers. A staple of the pigs’ diet is fruits and veggies considered “seconds” from Discovery Organics. There’s also a steady supply of whey and organic bread.

The pigs also get dessert. Due to a recipe glitch, the farm received 8,400 pounds of chocolate mousse cake from a bakery unable to sell the 36 per cent whipped cream dessert.
“It was awesome protein to feed the animals,” Smith says.

Last year, an entire truck of freezer-burned yogurt – a whopping 9,000 pounds – got dropped off at the farm after it was deemed unsaleable in a grocery store.

That isn’t to say the free-range swines will eat anything put into their troughs. They won’t eat garlic and onions and big root vegetables, but they will chow down on carrots, Smith says.

You can buy Urban Digs pork products online as part of its Beasty Boxes and CSA membership program, or check out its booths at local farmers market. It also has a full line of meat and produce.