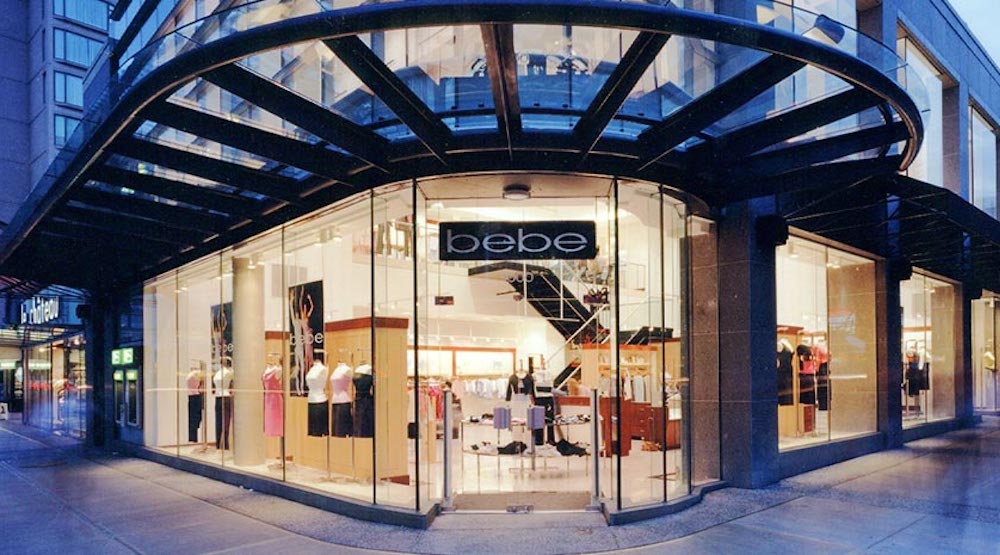 The exterior and interior of Bebe store on Robson Street in downtown Vancouver before its closure. (CDC Construction)

Another major international retailer is signalling its complete retreat from its brick-and-mortar business.

California-based Bebe has announced that it will be closing all 168 of its stores in Canada, the United States, and Puerto Rico and instead focus on its online business. The women’s clothing retailer has been struggling financially from the rise of e-commerce businesses and the expansion of fast fashion retailers such as H&M, Zara, and UNIQLO.

It previously announced that it would only shutter 21 of its stores, but it is instead opting to reorganize its structure to avoid bankruptcy. All of its stores will be shuttered by the end of May.

There are currently eight remaining Bebe stores within Canada:

Bebe has already undergone a downsizing in recent years, which includes the 2014 closure of its highly prominent store at the southwest corner of Robson and Burrard streets in downtown Vancouver.

Thousands of brick-and-mortar stores in Canada and the United States are expected to close this year due to a difficult retail climate.