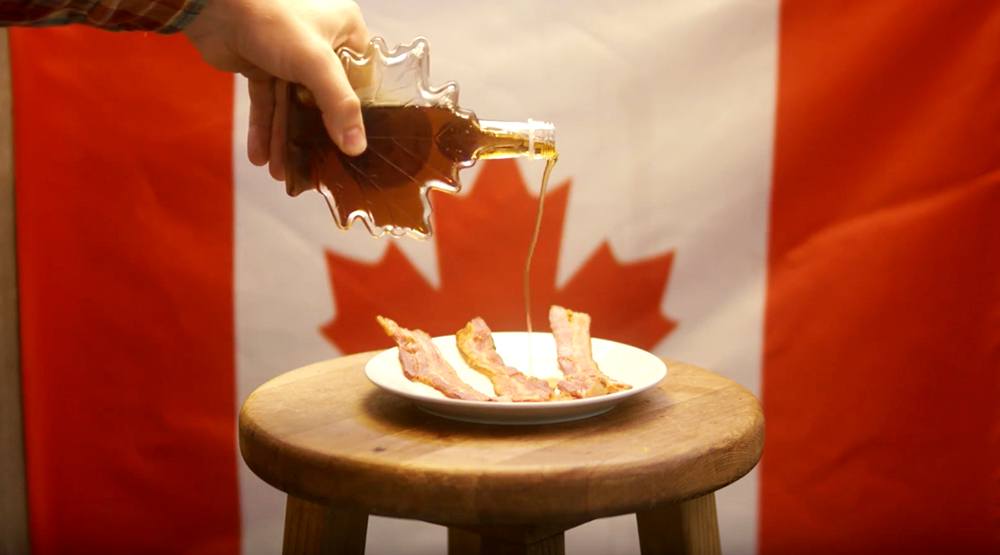 Canada has a rich, vibrant history spanning back generations…

It also has many people that are more than happy to (slightly) bend the truth about how our true and native land became the place it is today.

Canadian satire website, The Beaverton, took to Twitter on Monday asking Canadians to share some fake Canadian history in honour of their newly released book, Glorious and/or Free.

To celebrate the release of our book we’re going to play a round of #fakehistoryfromCanada– tweet your best fake Canadian history and we’ll RT our favorites! pic.twitter.com/SttkqA7W8M

Canadians were more than happy to take them up on the offer, and Twitter has been filled with tweets featuring the #fakehistoryfromCanada hashtag ever since.

Some our more talked about attributes (or stereotypes, depending on who you’re asking) were naturally hit upon, such as how Canadians are known for being such an apologetic lot.

A group of Canadians is called an “apology” #fakehistoryfromcanada

The first draft of the national anthem was just repeating the word ‘sorry’ over and over again. #fakehistoryfromCanada

And speaking of the national anthem..

#FakeHistoryFromCanada Neil Young wrote the national anthem, but they had to cut out the ten minute guitar solo.

Of course, Canada’s official winter sport needed to be addressed.

Polar bear wrestling was Canada’s national sport until 1955, when the violence of hockey won the hearts of the people. #fakehistoryfromcanada

Everyone knows Wayne Gretzky scored 51 goals in his rookie season, but few recall he also ate 51 corned beef sandwiches that year, 1 to celebrate each goal. #fakehistoryfromcanada

#fakehistoryfromcanada Canadians at birth are issued their very own hockey card instead of birth certificates when they are born.

Along with out favourite breakfast topper.

Mounties only ride horses in ceremonial settings. When on active duty, they ride moose, which are larger and stronger and better able to chase criminals (mostly syrup thieves) across the tundra. #fakehistoryfromcanada

And the way we speak sparked a few fake history lessons as well.

The people of Quebec only pretend to speak French to avoid having to interact with American tourists.

One hundred years ago today Canada decided “eh” would be the sound the question mark makes. #fakehistoryfromcanada

It’s not too late to join in on the jokes, you simply need to come up with your own fake Canadian history and use the hashtag #fakehistoryfromCanada on Twitter.