Being disruptive was once considered a bad thing. These days, it’s a plus, and the word is everywhere – disruptive marketing, disruptive thinking, disruptive innovation, disruptive people. Now, it’s time to meet the beauty industry’s most disruptive personality. She’s Vancouverite Rose-Marie Swift, makeup artist and friend to Gisele Bundchen and Miranda Kerr, founder of RMS Beauty, and the motor-mouthed queen of telling it how it is.

Here, she spills on being a rebel, why the beauty industry sucks, how to find a good coconut oil, and how her latest product, the Master Mixer, can make you look rich and save you money (really).

I started doing makeup on strippers

I was in a punk band back in the day and I needed money to pay for a microphone. My sister was becoming an aesthetician and she suggested I become a makeup artist. This was the 70s in Vancouver. There were all these nice hotels along Granville Street and they had strip clubs inside – a stage with a pole, but it was like burlesque – you couldn’t show your crotch and everything. My sister said she knew a guy who owned a whole bunch of these hotels and he wanted someone to do their makeup. I’d always done my own makeup. I’d modelled a little bit but this was in the era where the blondes like Margaux Hemingway were all in fashion so that was it for me – I didn’t do very well. So I went around all the strip clubs and just did their makeup. Then I started getting all these magaazine makeup jobs – my first was the cover of Vancouver Magazine. Before I knew it I was doing everything there was to do in Vancouver. So I went to Toronto and then I went to Europe and I just kept doing makeup and that was that.

First, I got sick – I believe it was down to all the chemicals and heavy metals they put in makeup. I created a website, www.beautytruth.com, exposing all this. It got a lot of press and people started asking me what to use, so I started looking at so-called green brands and found they weren’t really green at all. Then I started fooling around with trying to make products to use on the girls at Victoria’s Secret shows because I got pissed off at taking models that are 15 to 20 years old and having them look like dried-up hags within two hours. I’m a lazy makeup artist and I don’t want to be retouching their skin and all that stuff a few hours later. I thought, why is everything so dry? We started out with gorgeous, beautiful skin… What has happened? What’s wrong with these products we’re using? And that’s when I started playing around, sticking all the oils back in, using only organic, food-grade ingredients. I came up with a few things, the models freaked out, and before I knew it, I was having to make more and more products because I was getting madder and madder at traditional cosmetics and trying to mimic them in a healthy way. Eventually, I founded RMS Beauty in 2008. 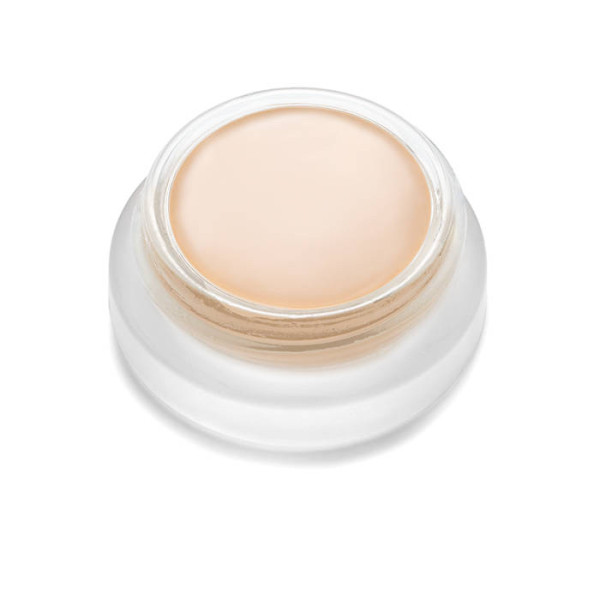 “Un” Coverup ($36) is a coconut-oil-based concealer/foundation that Swift says is good for all skin types.

Being rebellious got me where I am

Establishing my brand had a lot to do with rebelliousness and anger. I’m a bit of a freakazoid. I’m very pushy. I would phone up the brands and ask questions they couldn’t answer and they would end up putting me through to the chemists. I became friends with a lot of them and was getting so much information it’s unbelievable. Most people take everyone else’s word, and blindly follow. I’m always asking why? How come? How did it do that? I’m very untrusting.

The conventional beauty industry is all wrong

They would rather use water that’s free or petroleum that’s incredibly cheap instead of paying for good expensive jojoba oil that’s closest to human skin, or buriti oil that’s high in vitamin A and beta-carotene. The conventional industry has nothing to do with anything that’s healthy. Their products are like a huge pile of french fries and some GM meat instead of a lovely healthy salad with apple cider vinegar on the side. Then there’s the layering thing – using multiple layers of product. It’s a brainwashing technique pushed on to consumers that you need to use layer after layer of product. There’s primers, mascara with priming properties that go on before the mascara. What the hell is going on? Nobody needs that. Again, it’s all about the money.

And some of the beauty retailers. What are they doing? The sales staff are all wearing too much makeup – they’re in a whole different world. Women like me who are in their 60s – in fact, most women – won’t shop in there because we don’t want sparkly purple eye makeup and glitter everywhere and drag queen contouring and big eyebrows drawn on. It’s a big problem – it’s like a nightclub in the stores. 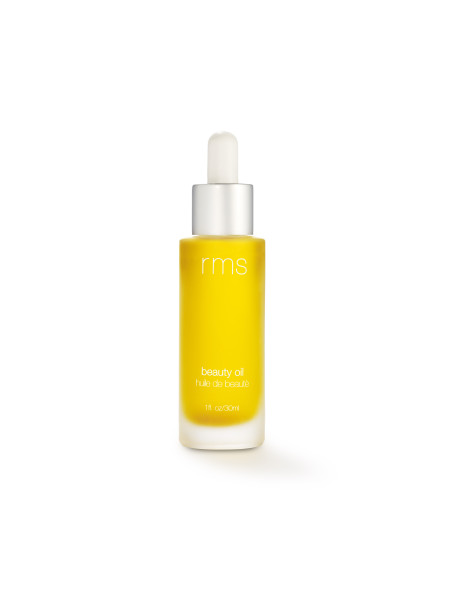 Beauty Oil ($78) is made from organic oils including jojoba, buriti and rosehip.

All coconut oil is not equal

There are naturally occurring chemicals in breast milk called lauric acid and caprylic acid, and those two are anti-fungal, anti-bacterial and anti-viral and anti-microbial. In nature, the highest levels of those are found in coconut oil. You tell me, why would somebody not use this ingredient that has so many properties? Then people say: “I can buy organic coconut oil for $5 in the store!” but just because it’s organic doesn’t mean it’s high quality. Even cold-pressed doesn’t mean it’s best quality. Cold-pressing still involves heat, which destroys nutrients, because you’re generating some thermal energy through the pressing. Cold centrifuge (which we use) means it’s completely raw. We also leave only the lowest amount of water in so it doesn’t crystallise. If there are crystals in your coconut oil it means there is still water in it, and that’s where the fermentation and bacteria come from. People always tell me they break out from coconut oil. Try mine – you won’t break out. It is possible to find cold-centrifuged coconut oil in the store but it’s more expensive – $20 or $30 instead of $5 or $6 – so no one buys it because they don’t realise the difference. 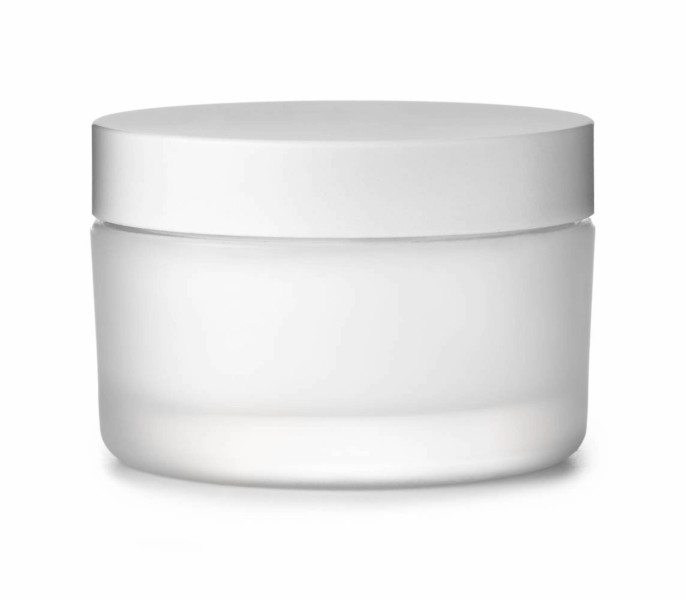 Raw Coconut Cream ($18) can be used as makeup remover and moisturizer.

People make lots of mistakes with their makeup

Powder makes your skin look old. Powders suck moisture. As you age you’ve got less and less moisture in your skin and what do you do? Put on powder, which is dehydrating. That’s my biggest hangup – I can’t stand dry skin, it’s so ugly. When you see a young child, they have this beautiful succulent skin that’s full of moisture. Put moisture on your skin. The cosmetics industry has brainwashed us that we can’t have shine. They’re insane. You can have powder, but only on your T-zone.

Then bronzer. Bronzer shouldn’t be orange, guys. That’s another rule to get out of your head. Bronzer is not orange. I’m against heavy contouring too. The technique is poor, the positioning is wrong and the colours aren’t always correct. They end up looking like drag queens – it’s like the Ru Paul show is alive and well on Instagram. What you do is put highlighter or Luminizer or something with some shimmer where the light would naturally hit – that’s correct. What’s wrong is when people are doing everything all at once to look good through an Instagram filter, and the angles are all too hard because they’re not blending it properly. My makeup is for functioning in real life – walking from store to the street to dimly lit restaurants – not photographs.  If you saw these people in the street and you smacked the back of their head, literally a mask of makeup would fall off onto the floor. 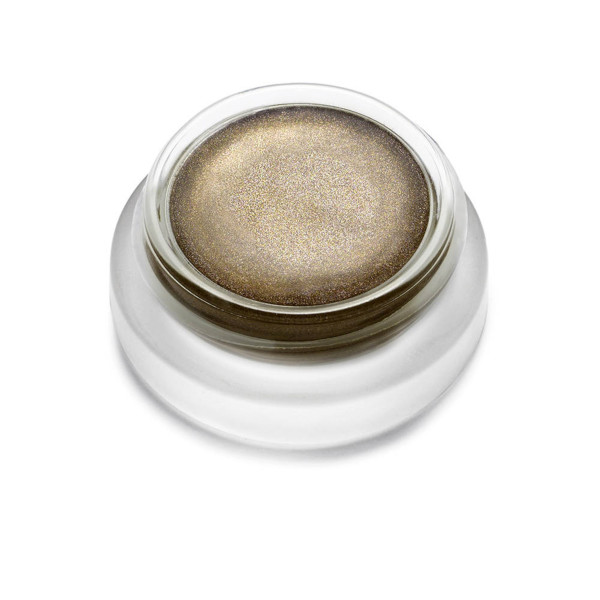 Buriti Bronzer ($28) is made from buriti oil. It’s brown, not orange, and has a cream texture and sheer finish.

Laziness led to my latest product

It’s called the Master Mixer and it’s selling like crazy. Women love it because they have this whole arsenal of makeup in their kits and it’s just useless. They bought it on a whim and then they don’t like the colour or whatever, so then they’re stuck with all this money. I’m a lazy makeup artist so I didn’t want to do a new line of shimmery blushes or shimmery lipsticks or eyeshadows. Instead, I made one product, in rose gold so it suits every skintone, and then you can pretend you’re an artist and use your imagination and create your own line. You can layer it over blush, lipstick or eyeshadow to add subtle shimmer. You can mix it into foundation and it gives warmth to the skin – it’s really pretty. You can use it on its own as a highlighter. Obviously not mascara or face powder, but basically everything else. I used to tell people not to put it over red lipstick but then I tried it and… I take that back. I tried it today and and it was gorgeous – it gives the most elegant, refined, luminosity with a hint of shimmer. It’s beyond. There’s no glitter particles all over the place or tacky sparkles. It oozes money and quality. 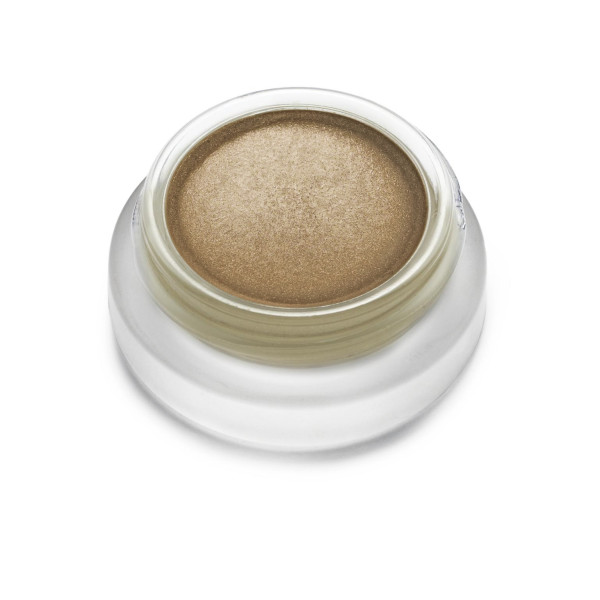 Master Mixer ($38) is Swift’s latest creation. It can be mixed into virtually any makeup to give it a rose-gold tint and a hint of shimmer.

RMS Beauty products are available at Kiss and Makeup (1760 Lonsdale Avenue, North Vancouver and 1791 Manitoba Street, Vancouver) and online at www.kissandmakeupstore.com and www.rmsbeauty.com