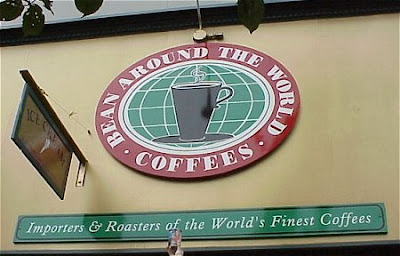 Driving through Little India (Main Street between 48th and 51st avenue) the other day, I noticed that a Bean Around the World had opened up at the corner of Main and 49th. Now I know what most of you are thinking, another coffee shop in Vancouver, big deal. Well, this one is sort of a big deal. The first thing that popped into my mind was does this mean the end is near for Vancouver’s Little India?
Little India or the Punjabi Market has been in a state of decline for a while now as the population moved south of the Fraser for the cheaper land and monster homes. Further, you could chalk it up to the lack of variety in the shops or the indifference from some of the store owners. Will Little India go the way of Little Italy and become more multicultural or will it become like Japantown, allowed to decay to the point of almost no return (although the city has plans to resusistate it)? Will Chinatown be the only “authentic” neighbourhood that will survive the test of time? Anyone, remember the glory days of Greektown?
The more I thought about it, the more I liked the idea of a coffee shop in the neighbourhood. It adds life to that corner, especially at night. I just wished they would pay homage to the streets history and signifcance by having some Indian signage. I don’t blame them for not doing it, its more of a city hall type thing to see if they even want to preserve the area or let it be. Afterall, the Waves in Chinatown has no dedicated signage.
We’ll have more on Little India in the next little while as we start to focus on the ‘hoods within Neighbourhoods of the city on Vancity Buzz.
VancityBuzz.com