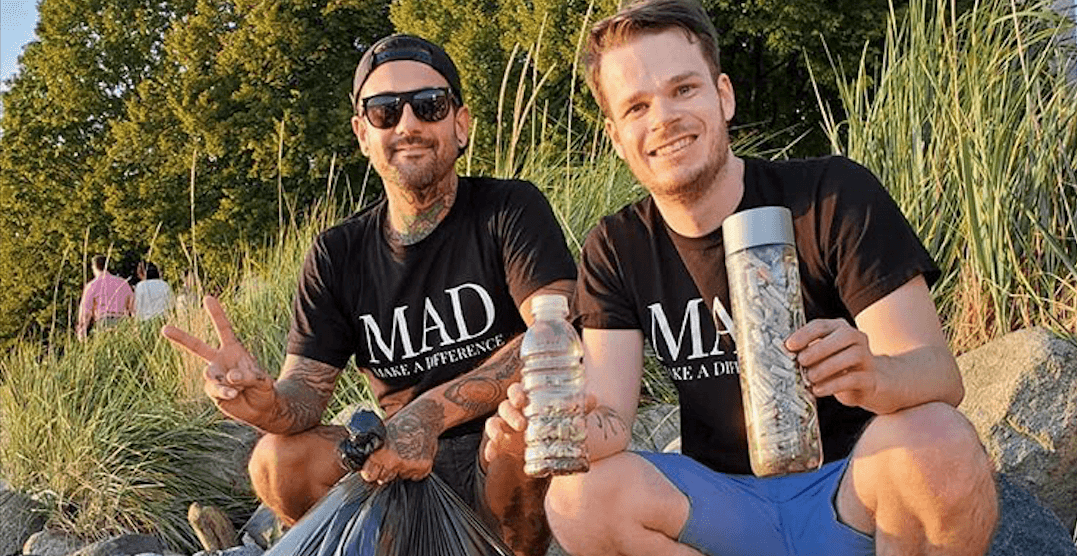 A local organization is changing how we take care of our beaches — and consequentially — the climate.

In February 2018, Jonathan Tsujio went on a marine conservation volunteering trip in Thailand for two weeks, cleaning beaches and tanks at a sea turtle sanctuary, amongst other things.

But by the time he returned to Vancouver, he was hit with “a big sense of helplessness.”

“I just felt like I hadn’t done enough in two weeks to do my part,” he said.

That led to the creation of Make A Difference (MAD), a non-profit organization that does flash beach cleans which are short-term cleaning jobs that take around an hour to do. Their first big beach clean began at Third Beach and ended up on Kitsilano Beach.

Atlhough the Amazon rainforest is nicknamed the “Lungs of our Planet,” the organization has been trying to educate people about the oceans which are just, if not more, important to the survival of the planet. According to Tsujio, roughly 66% of the world’s oxygen is produced from marine plants (phytoplankton) and algae.

“If the oceans die, we all will be left without oxygen,” he said.

The flash cleans are designed so that it’s easy for people to take an hour after work to pick up trash. The problem is especially prevalent in English Bay where “cigarette butts are a really huge, huge problem.” 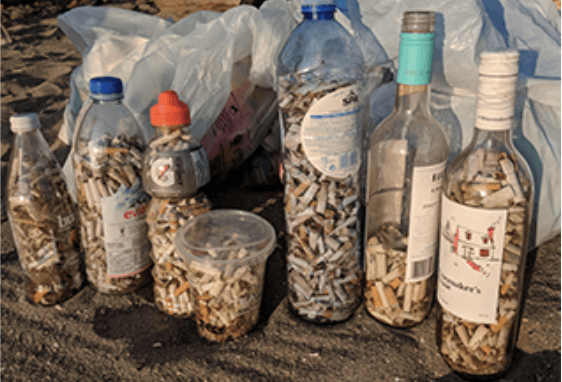 Trash picked up from 2018 flash clean

Their long-term goal is to set up a recycling plan in third world countries and incentivize the local communities to pick up their own trash. They’re hoping that by doing so this will create a micro-economy to help lower income areas.

Tsujio admits the work MAD is doing is very small in the grand scheme of creating an effective impact on climate change on the planet.

“Sometimes it feels like you’re bringing a slingshot to a bazooka fight,” he said.

“We’re ravaging our planet every single day — every single choice that we make, every dollar that we spend will have some kind of an effect whether it be good or bad on the environment.”

No rain was going to stop us as we set out to complete our seventh flash clean of the summer. Our friends @luc_duke and @pinokuro came out to help us this time. Thanks so much for your help guys, we really appreciate it ❤️ Together we picked up over 22lbs of trash in about an hour. This time however, we found SO many cigarette butts it’s actually ridiculous how many we found. We get it, some people like to smoke. However, not only is it illegal to smoke on the beach but there’s also garbage cans everywhere down there so there’s absolutely no excuse to be, as the great @johnjosephcromag says, an inconsiderate mamaluke. Pack in, pack out. No excuses. #vancouver #yvr #dogood #cleansea #makeadifference #bekind #marineconservation #saveourseas #marineconservationproject #love #instadaily #beautifulbc #oceanconservation #ocean #teamwork #instagood #instaphoto #instanature #nature #wildlife #marinelife #saveoursea #save #endangered #endangeredspecies #oceans #plasticpollution #madsea #nonprofit

He says that the way society is operating now, focusing on consumerism and the latest trends, has created a negative effect on the planet.

“There’s too many of us that are worried about what Kanye and Kim were wearing…when if we look out our window, I know at any given time, there’s two full litres worth of cigarette butts on the beach in front of your house.”

He remains positive that people will start changing their ways.

“I see the good in people…but I’m also very real in knowing that it’s going to take time.” He said. “I’m not going to give up until I’ve given my breath. I’ve got future generations in my life that I care about too much to give up what I’m doing right now.”

Their next big clean will be happening this Saturday, September 21. Coffee and donuts will be available for volunteers who come to Second Beach to help out with the big clean.

When: Saturday, September 21
Time: 10 am
Where: Second Beach
RSVP: Check their Instagram for more details