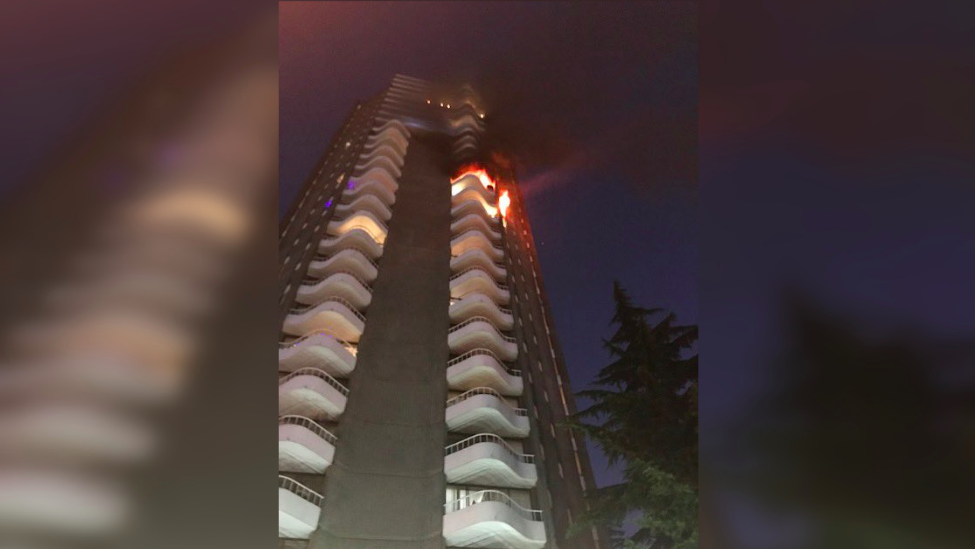 No injuries have been reported after a third-alarm fire tore through a condo high-rise in Vancouver’s West End on Halloween night.

The fire, in an upper floor of a tower in the 1000-block of Beach Avenue near Sunset Beach, sent flames shooting out of one of the upper-floor balconies.

In a tweet, Fire Chief Darrell Reid said the blaze was knocked down quickly, and the cause is still under investigation.

Building residents were being assisted by emergency social services.

The building across the street from us is on fire. A terrible Halloween night for the residents of 1100 Beach Avenue. pic.twitter.com/2HUbCrUQLk