Family members of Shiloh and Keziah Johnston are devastated after the two sisters passed away within ten days of each other earlier this month.

Twenty-two year old Coquitlam resident Shiloh Johnston was fatally wounded on February 17 when a white Infiniti car struck her. At the time, Shiloh was having her lunch break and walking on Canada Way near the British Columbia Institute for Technology (BCIT) campus in Burnaby. She was rushed to hospital with severe head trauma, but she succumbed to her injuries later on.

According to public posts on Shiloh’s Facebook account, her sister Keziah also passed away days earlier from an undisclosed reason.

“She was a shining star. If you don’t know, she’s no longer here to make you laugh (…everyone, always!), or sit with you while you cry (…me, when I needed it), to encourage us, to persevere with us, to fight for us and for herself,” Shiloh wrote.

“But hey, we have that hope and assurance that she is at beautiful peace now right? Just gotta keep coming back to that through the burning heartache (heartache like I’ve never known) of losing her.”

She was also planning Keziah’s Celebration of Life scheduled for March 7, but family members now also intend to expand the memorial event at Burnaby’s Willingdon Church to honour Shiloh. Friends of the family are also using crowdfunding to raise money for a legacy bench, something Shiloh “deeply wanted” for Keziah but will now be a place where both sisters are memorialized.

Within the first day of fundraising, the campaign has raised $3,650 of its $50,000 goal. Extra funds will go towards the sister’s favourite charities.

Meanwhile, Burnaby RCMP are looking for specific witnesses to the vehicle crash that killed Shiloh on February 17 just after 12:30 p.m. at Canada Way near Gardner Court. Investigators have determined that the white Infiniti was traveling eastbound on Canada Way before colliding with a grey Volkswagen turning eastbound onto Canada Way from Carey Avenue.

The white Infiniti vehicle skidded through the centre median, crossed lanes of traffic, hit a power pole and then struck Shiloh who was standing near a bus stop. It is believed that speed may have been a factor in the crash.

Although the vehicles were extensively damaged, the occupants of the vehicles including the drivers were sent to hospital with only minor injuries.

“Police are continuing their investigation and are pursuing a number of investigative avenues to determine what led to the incident, including canvassing the area for surveillance footage,” reads a statement by Burnaby RCMP. “Investigators are now especially interested in speaking to the drivers of two specific vehicles as they believe those drivers could have information that could help further this investigation.”

Surveillance footage indicates a red vehicle was leaving the northwest parking lot of BCIT and heading eastbound onto Canada Way. Another vehicle described as a black pickup truck was also traveling eastbound on Canada Way at the time of the crash.

Anyone who may have information about the identity of the drivers is asked to call Burnaby RCMP Traffic Services at 604-294-7922. 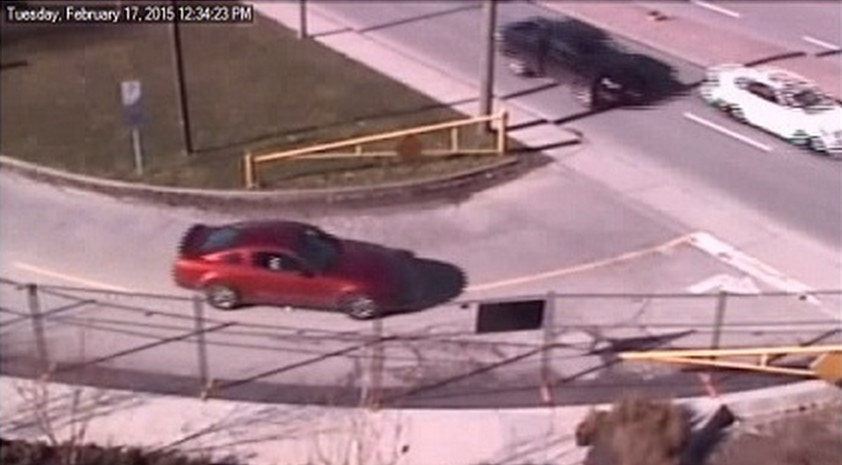