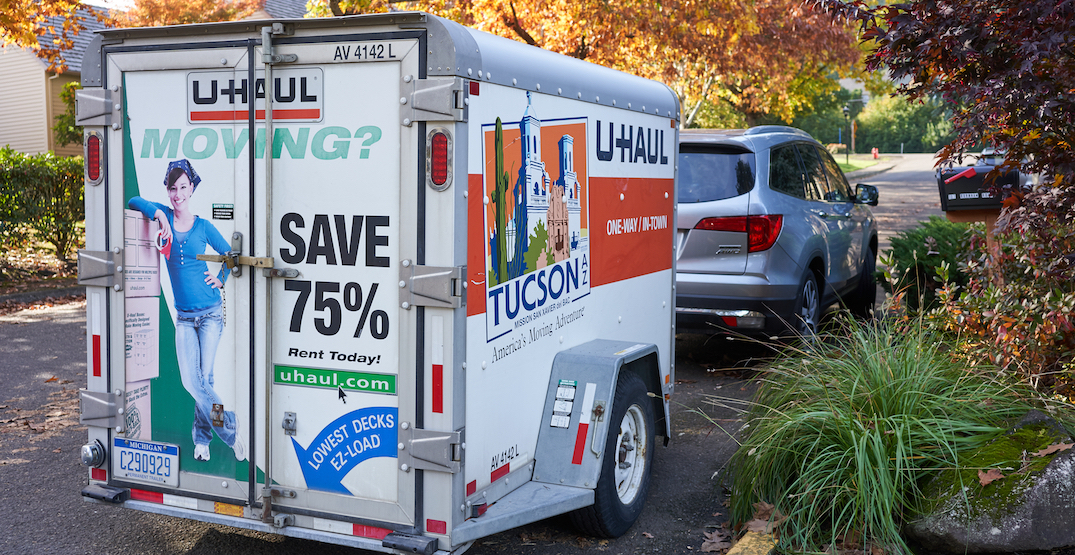 New data released by U-Haul suggests more Canadians are choosing to migrate to the westernmost province during the COVID-19 pandemic.

British Columbia and New Brunswick tied as the leading growth provinces for relocating activities using the company’s do-it-yourself moving vehicles. The growth calculation is based on the net gain of one-way U-Haul trucks arriving in an area versus the number of trucks departing from the same area.

Ontario was the only province to record more movers leave its borders than enter.

Three cities in the Lower Mainland ranked within the top 10 U-Haul Canadian growth cities, with North Vancouver ranking second, Vancouver at seventh, and Chilliwack at eighth. Abbotsford carried a ranking of 11th.

Moreover, Vancouver was the only major city in Canada to be ranked in the top 25 cities list.

The company indicated there were growth rates of 16% in Vancouver, 32% in Chilliwack, 26% in Abbotsford, and 52% in Nanaimo/Coombs.

“While U-Haul migration trends do not correlate directly to population or economic growth, the company’s growth data is an effective gauge of how well cities are attracting and maintaining residents,” reads a release.

The pandemic affected interprovincial migration and immigration, particularly during the first few months during its onset, before rebounding starting in the late spring.

Based on Statistics Canada’s quarterly estimates of interprovincial migration, there was a net gain of 3,500 migrants in BC during the first quarter of 2020, with 15,123 in-migrants and 11,623 out-migrants.

Much of interprovincial is typically performed by air travel, but it is possible that greater numbers than usual migrated using services such as U-Haul due to prevailing health safety concerns with flying.