For the first time ever, unemployment in British Columbia is the lowest in Canada, after 13,000 jobs were added in the last month, Statistics Canada reported Friday.

In what appears to be an ongoing trend this year, the unemployment rate in B.C. fell to 5.8% in April, well below the national average, which remained at 7.1%.

In the last year alone, reported StatsCan, 110,000 jobs have been added to the economy in B.C., as the wholesale/retail trade, health care and social assistance, and construction grew. 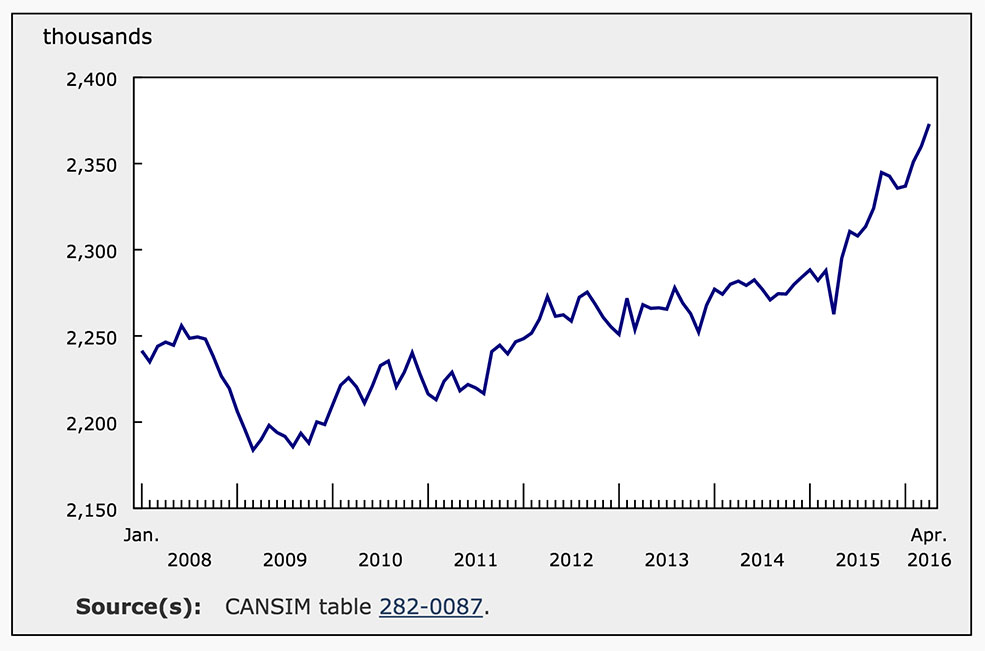 Elsewhere, employment dropped in Alberta and Manitoba, while it increased in Newfoundland and Labrador, and New Brunswick.