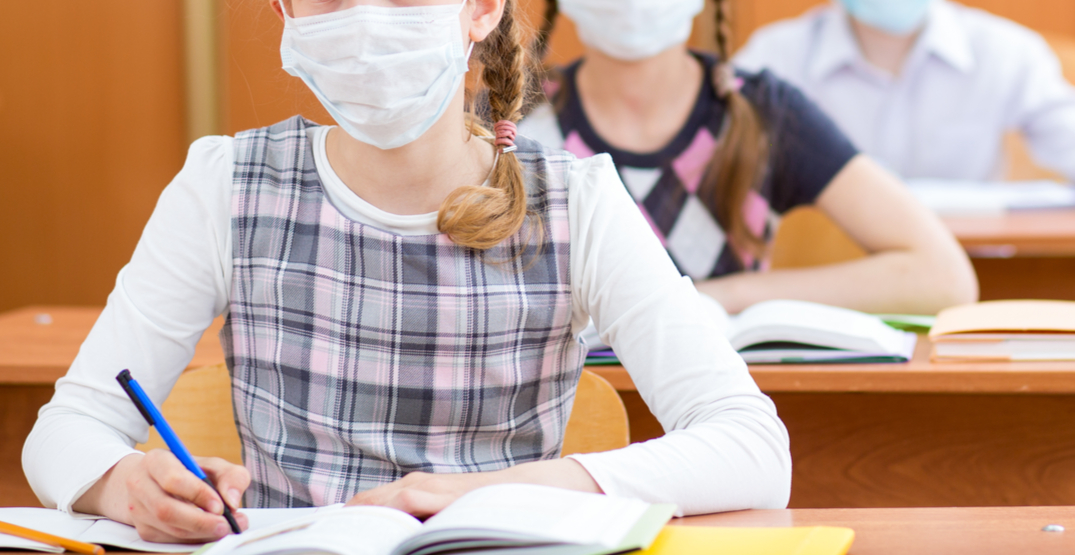 BC students won’t be required to wear a mask when they return to school in September, Provincial Health Officer Dr. Bonnie Henry said on Wednesday.

“There will not be a mandate,” she said during an afternoon press conference. “We know from evidence around the world that’s not needed.”

However, Henry added that health officials know “there are other ways – important ways – of being able to learn in-classroom for children that can be done safely.”

The wearing of a mask for a long period of time – such as a full school day – is “not recommended by anybody in any situation,” she said. “We know that that is not what keeps people safe.”

Henry said health officials have been doing a lot of work with schools “around the experience we had in June to understand how this can all be done safely across all grades, and we’ll be talking more about that coming up.”

In the meantime, she said, “there’s been a lot of thought and effort put into it by various groups.”