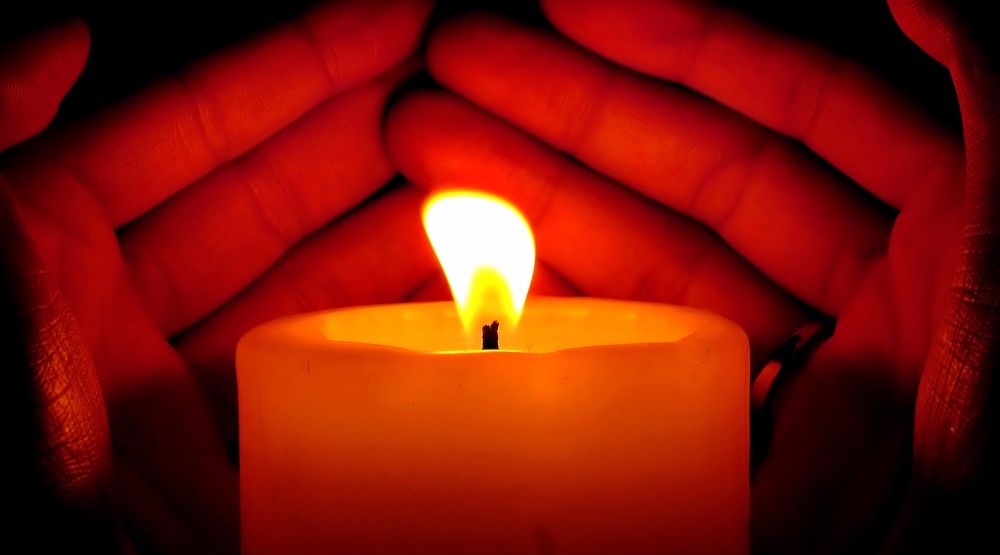 As Metro Vancouver battens down the hatches amid three separate storms – including one fuelled by Typhoon Songda – the lights are already going out.

Thousands of homes lost power in the Lower Mainland on Friday morning, and more power outages are expected as the third and worst storm hits this weekend.

So, faced with almost certain darkness and downtime, here are a few things you can do when the lights go out, as suggested by Daily Hive staff. Enjoy!

Candles – or some kind of light – are crucial to a lot of the below activities. If you haven’t got candles, there’s always your phone. Until the battery runs out that is, but more on that later.

Here’s a tip, if you’ve got no candles or flashlight. Switch your phone’s flashlight app on, then sit a bottle of water on top of it. The illumination is much bigger – and looks pretty cool too.

Your fridge is going to lose power and it would be a travesty to see those beers get warm. Who knows when they’ll get cold again? Best to make sure they fulfil their beer destiny and get drunk.

Also at risk is everything else in your fridge and freezer… Think of all those veggies going limp and yoghurt going off (OK, it’s really just snack food, but still – get munching.)

When do you get the chance to sit down and read for the sake of it? So get out your favourite novel and bookworm away – careful to keep that candle away from those pages though.

With no lights on anywhere around you, there’ll be no need for blackout curtains, snuggle up, keep warm and get some shuteye. If you can ignore the rain hammering on the window that is.

Your water supply is likely not dependent on having power, so you can still enjoy a shower or bath. You might want to avoid washing your hair though – you won’t be able to blow dry.

Just to see how long it will take. How will they even arrange the toppings in the dark? How will they cope trying to cook it? How much of a tip will they get when they actually deliver?

There’s nothing quite like a game of Ticket To Ride, Settlers of Catan, or Risk, when you can barely see the board. Suddenly every move becomes, well, a risk. Good game!

This is one activity that works even better in the dark. Not so much if you’re alone though. Maybe call a friend and scare the pants off each other until the lights come back on.

If you do have a friend to keep you company in person, get out the Twister mat and just try to find those circles in the dark. We guarantee you’ll be laughing your ass off in minutes.

Check on your neighbours…

If you’ve got no power, your neighbours likely don’t either. It’s probably a good idea to check on them – maybe you can share food, drink, batteries or candles?

Listen to the rain

You’ve got to admit, there’s something mesmerizing about sitting in the dark, staring out at the window, as the rain beats down hypnotically. Think Rachel (or Joey) in Friends.

For once you have the downtime spare to neaten things up. But you can barely see, and you may end up mixing up your partner’s underwear with your own. Good luck!

You’ll need a match or a firelighter, but think of all that steak (OK, chicken wings) going off in the fridge. Best to cook it all now – and probably devour the lot in your boredom.

Admittedly, nails painted in the dark could come out looking rather… creative. If you’re not quite that brave, it’s probably best to stick to neutral colours. But where’s the fun in that?

Your beautiful scarf may end up coming out all wonky, but let’s call it a reminder of a simpler time. Or just gift it to someone for Christmas. It’ll be a blackout novelty.

Spooky darkness? Check. Ghostly candles? Check. Weird haunted feeling? Check. Now’s the time to get out the ouija board, gather some strange acquaintances and contact the other side.

OK, if you don’t have back up batteries, your phone is likely dead. So go for a drive (as long as it’s safe out). Either charge your phone up in the car or head somewhere with power and hijack a power outlet.

It’s what we’ve all been thinking, just admit it. Without the Netflix, in a blackout, this can only lead to one thing. In the dark. Or with a flashlight. If that’s what you’re into.