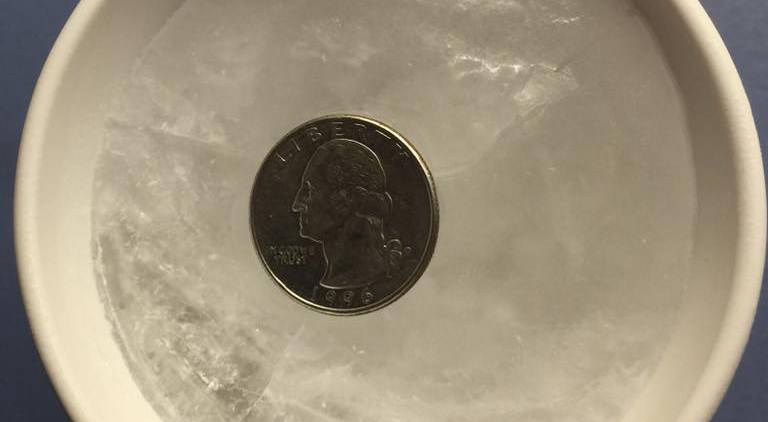 As Metro Vancouver battens down the hatches for a storm fuelled by the remnants of Typhoon Songda, time for preparations is running out.

Sure, you’ve stocked up on batteries and candles, you’ve got your storm chips – but what’s going to happen to all that food in the freezer when the lights go out?

Well, fear not, the internet has come to the rescue again.

A genius tip doing the rounds on social media claims to help you out there, by giving you a way to see whether your food defrosted in the power cut or not.

According to Sheila Pulanco Russell, from North Carolina, whose Facebook post about the “one cup tip” went viral recently, it’s as simple as a cup and a coin.

Then, suppose the power goes out in your building, but you’re not home, so you don’t realize. When you get back, the power’s back on, and you’re none the wiser.

“If the quarter has fallen to the bottom of the cup that means all the food defrosted and you should throw it out,” wrote Russell. “But if the quarter is either on the top or in the middle of the cup then your food may still be OK.”

Russell’s post has been hugely popular since she published it on October 5, hoping to help anyone evacuating due to Hurricane Matthew, which hit North Carolina hard.

Ultimately, none of this is guaranteed, so remember – if in doubt, throw it out. Or cook and eat it all before the power goes out.