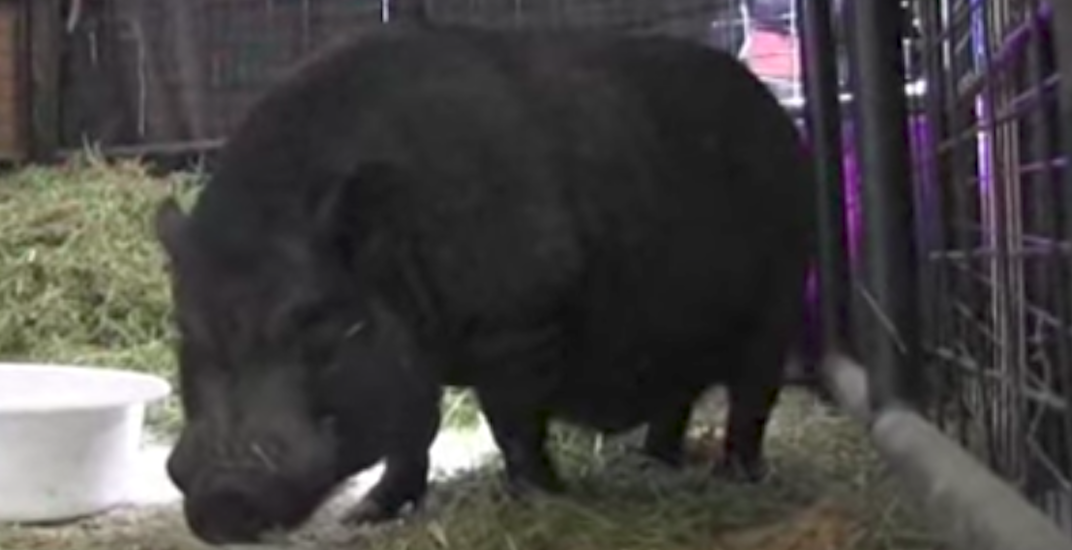 Lyle the singing pig is looking for a home. (BC SPCA)

A singing pig named Lyle is looking for his forever home in BC, and the SPCA is hoping someone will answer the call.

Two-year-old Lyle has been in the care of the BC SPCA at the society’s Good Shepherd Barn in Surrey since September 2016, when he was seized with several other animals as part of a cruelty investigation.

Now, more than a year later, he’s a much different pig.

“When Lyle first came into our care, he was extremely fearful and didn’t want to be touched at all,” said Leiki Salumets, BC SPCA farm animal care supervisor.

“We worked at building his trust and slowly, he transformed into the social and very vocal guy he is today – he loves his belly rubs and foot massages.”

As his personality bloomed while in care, barn staff and volunteers started to notice something else – Lyle likes to ‘sing’, especially when he hears the voice of his favourite volunteer.

“I’m not sure if he’s opera-ready, but it’s great to see him so much more social and vocalizing so much,” added Salumets.

“Lyle is a sweet and gentle fellow just looking for someone to fall in love with him and offer him a home where he will be doted on. He’s an awesome pig!”

To arrange a visit to meet Lyle, contact the BC SPCA at [email protected]