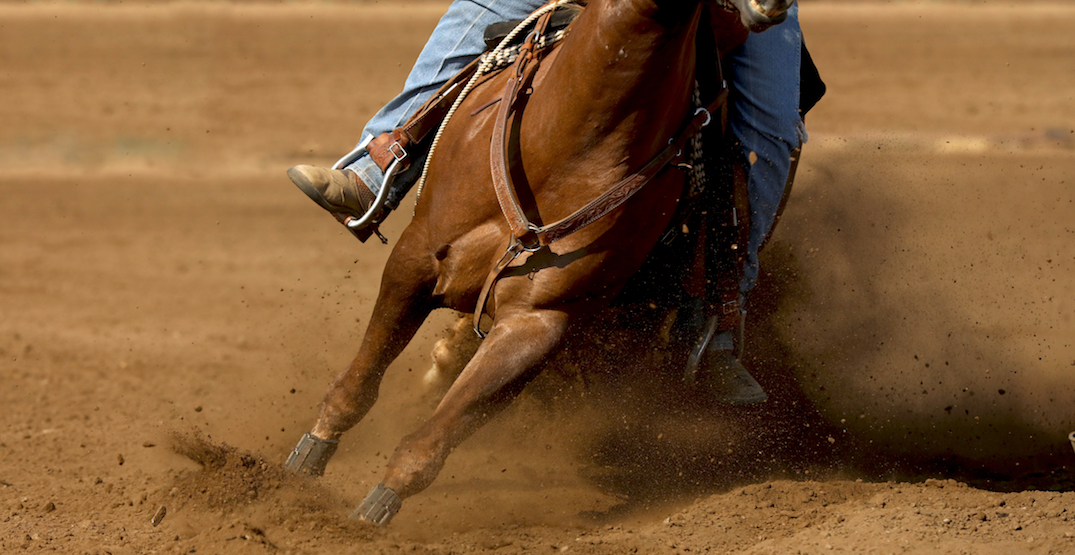 A proposed new rodeo has the BC SPCA urging animal lovers to voice their opposition by signing a pledge.

The Canadian Professional Rodeo Association has proposed a new rodeo for September 3, 4, and 5 in the Township of Langley.

“Allowing this rodeo to take place would not only be a major step back for animal welfare but also goes against the values of our society, as a majority of British Columbians are opposed to using animals in rodeos,” said Melissa Speirs, manager of farm animal welfare for the BC SPCA, in a statement. She pointed out that many communities in BC have been modifying rodeos — or cancelling them altogether — in an effort to reduce animal suffering.

“Scoring in these events is equally dependent on the rider and the animal, meaning the more vigorous an animal bucks, the higher their scoring potential. To encourage the horse or bull to buck, a flank strap is wrapped around the hindquarters of the animal, applying pressure to their sensitive underbelly. The rider’s score also increases the more they incite bucking by digging their metal boot spurs into the animal.”

The BC SPCA objects to how the animals’ natural bucking behaviour is forced in a way that causes discomfort and distress.

“As an animal welfare organization, we are opposed to the infliction of pain or suffering upon any animal for the purpose of entertainment,” said Speirs.

“We do not support the use of animal handling and training techniques that use pain or fear to motivate certain behaviours, which unfortunately occurs in many rodeo events.”

Instead of attending rodeos this summer, the BC SPCA urges British Columbians to seek out other agricultural events.

“BC has a long tradition of cattle ranching, and we believe these skills can be showcased through demonstrations of low-stress handling and horse-riding events that do not cause fear, frustration, anxiety, pain, or injury to animals,” said Speirs.

“We know that everyone is eager to reconnect with their communities after the past two years, but we encourage people to only take part in community events that do not put animals at risk. There are many wonderful family events, including those with an agricultural focus, taking place in our province this summer. The rodeo doesn’t need to be one of them.”

Anyone opposed to the new rodeo in Langley is encouraged to sign the BC SPCA’s pledge vowing not to attend it. The BC SPCA has also outlined the many animal welfare issues involved in rodeos in general.