The condition of the California sea lion who has become entangled in fishing lines has become the focus of a Facebook group and public interest.

Kiyo, who has been named by local residents of Fanny Bay, B.C., was discovered during the annual gathering of California sea lions awaiting the return of the herring. 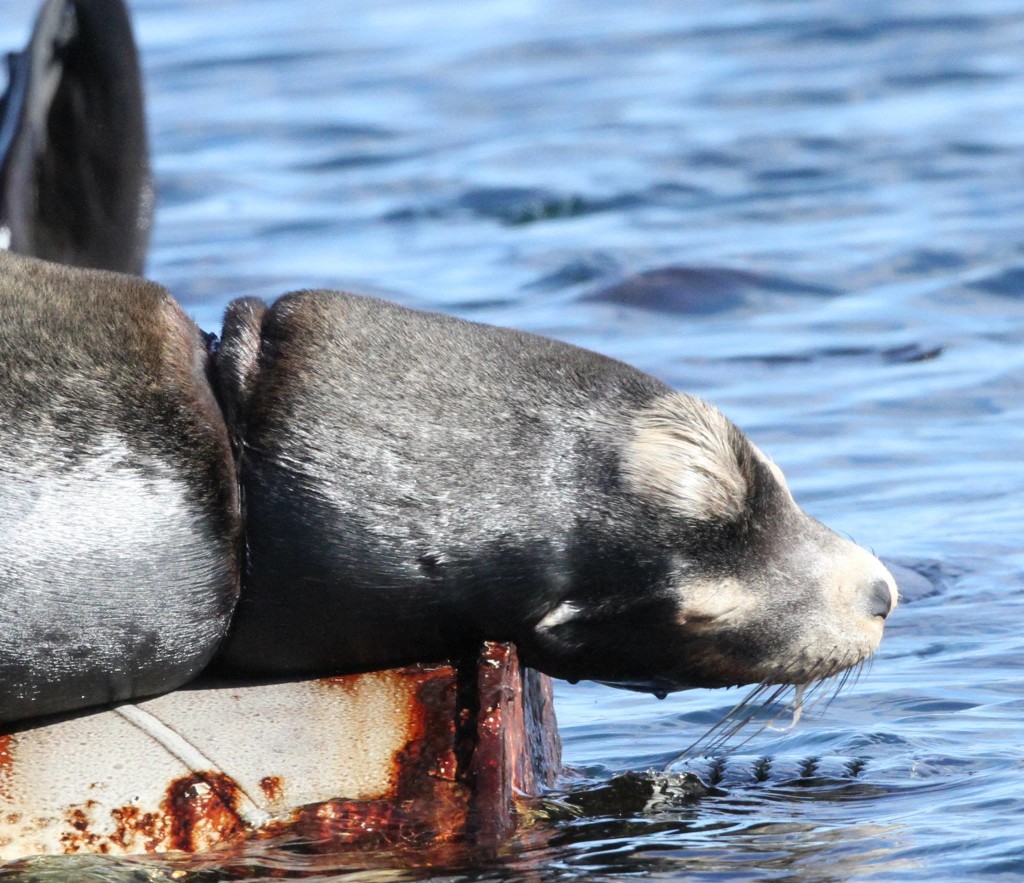 Kiyo’s situation was first reported to the Department of Fisheries and Oceans Canada (DFO) on February 21, shortly after he was first discovered to be in distress. Since that time, the DFO has been receiving daily updates on his condition and has coordinated with the Vancouver Aquarium Marine Mammal Rescue Centre to determine if he is a viable candidate for disentanglement.

“A disentanglement attempt will be undertaken next week,” said Lisa Spaven, marine mammal research technician from the DFO. “There are very few people in B.C. that are trained,experienced and authorized to do this type of work and it relies on basically one person.”

Dr. Haulena and his veterinary team remove marine debris from the neck of a sea lion. The fish-packing strap was slowly choking the animal. October 2013. 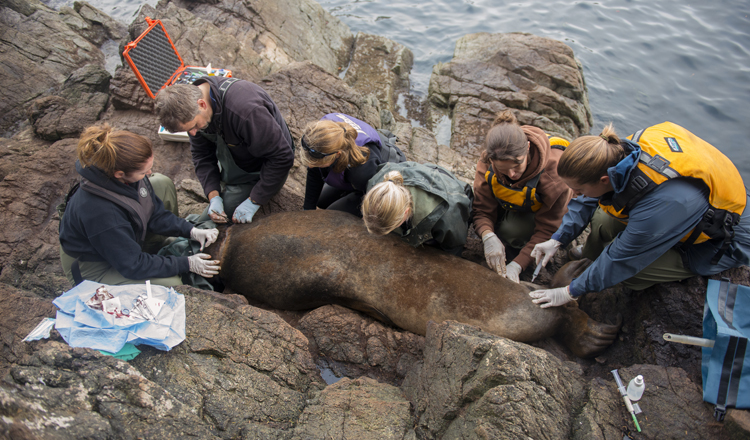 Dr. Martin Haulena, Head Veterinarian of Vancouver Aquarium, is one of a very few individuals experienced and trained in dealing with this type of situation. His efforts in disentanglement and animal rescue are documented on the Vancouver Aquarium Aquablog.

“In order to remove marine debris from a large animal without causing more harm, we have to immobilize it with an anesthetic drug. Marine mammal anesthesia is risky and few people worldwide have much experience with it. It’s even more complicated when the animal is right beside the water. We’ve worked for more than 15 years to develop protocols for a safe way to do this, and our first successes were only a few months ago. It is a complex procedure and requires a high degree of coordination among multiple agencies. Whenever bystanders see a marine mammal in trouble, they should call the Department of Fisheries and Oceans 1-800-465-4336 or Vancouver Aquarium’s Marine Mammal Rescue Centre 604-258-SEAL (7325).” – Dr. Martin Haulena

The plight of Kiyo brings to light the global situation of fishing waste and ocean garbage. Spaven recommends that the public be aware of the danger of any garbage thrown away. Anything with a hole in it can pose an entanglement threat.

The DFO and Aquarium Rescue Centre have been receiving a number of phone calls calling for immediate emergency assistance for Kiyo. The organizer of the Facebook group, Saving and Protecting Kiyo and Any Other Sealions in Distress, has been encouraging members to call and email all organizations involved to increase the pressure on them to make the rescue happen as quickly as possible.

“Certainly their voices have been heard and we are taking this very seriously. I want everyone to be rest assured that we are monitoring this animal and it is not in a dire situation at this time,” said Spaven. “With the exception of the tangling around the neck, it does appear to be healthy.”

Spaven confirmed that the site of the entanglement does not appear to be infected. The sea lion appears to be alert and does leave the area. 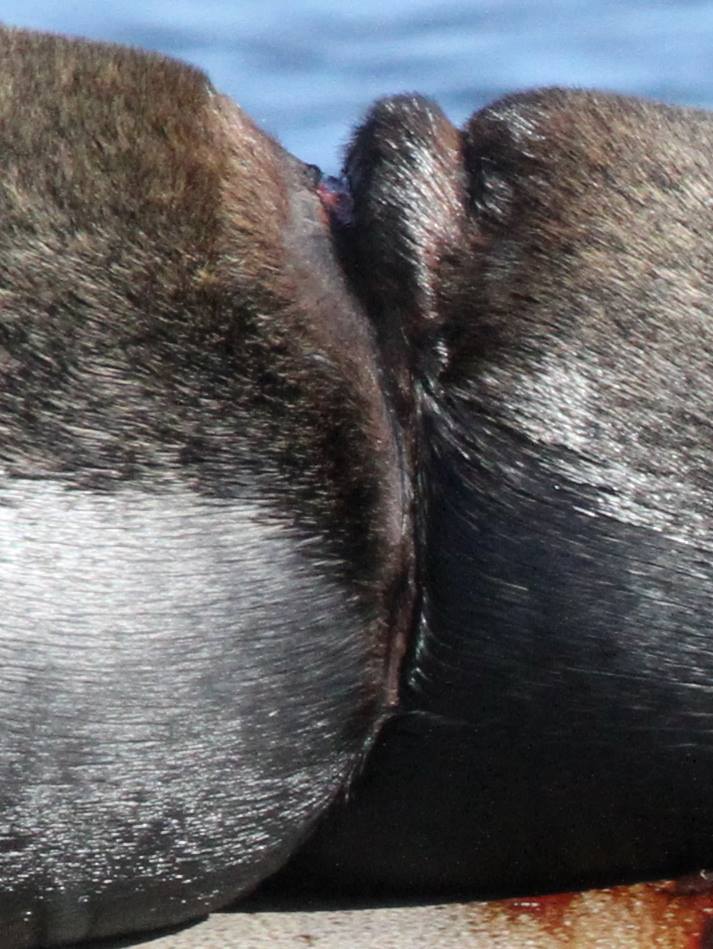 “From all these different observations and pieces of information that have been put together, our team has been keeping a close watch on him,” said Spaven. “We wouldn’t advise anyone to approach the animal or try to disentangle it on their own. It is very dangerous.”

She also warned that while these animals spend much of their time sleeping or laying about, they are wild and extremely heavy creatures with very big teeth. It is advised that onlookers keep their distance and refrain from disturbing the sea lions.

“Please don’t disturb this animal — for the best chance of success we want the sea lion to stay where it is. As well as safety issues, improper removal of the gear would make the injury worse,” said Haulena. 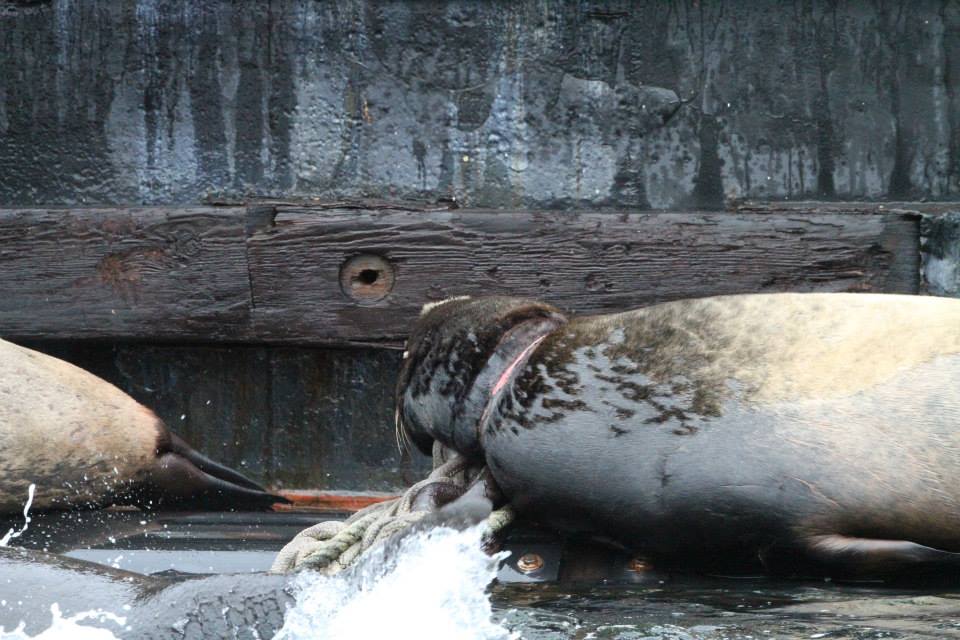 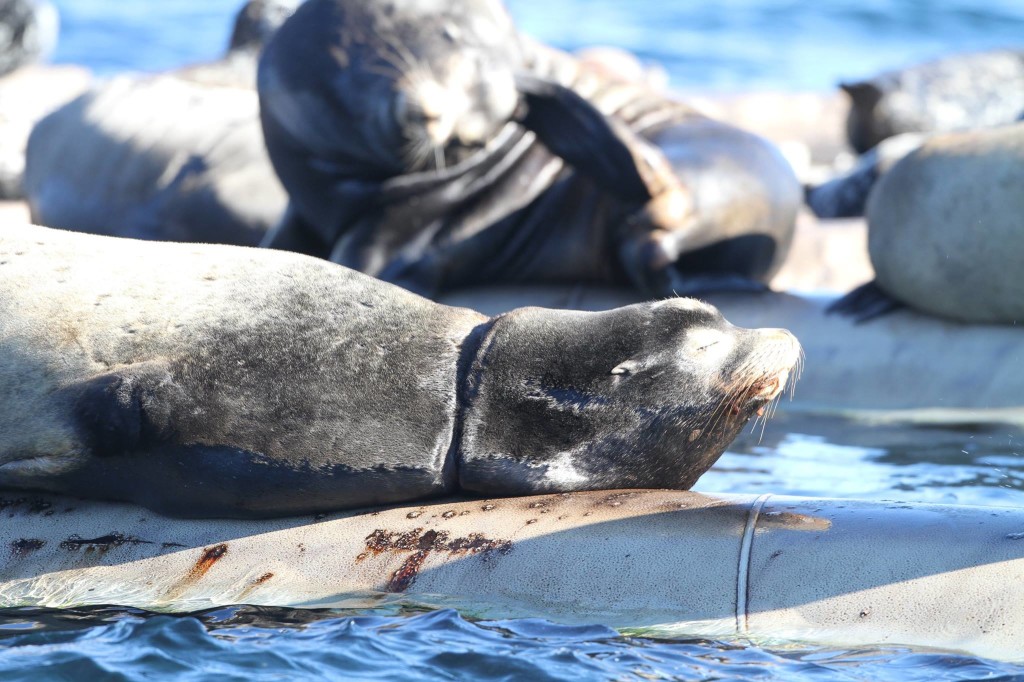 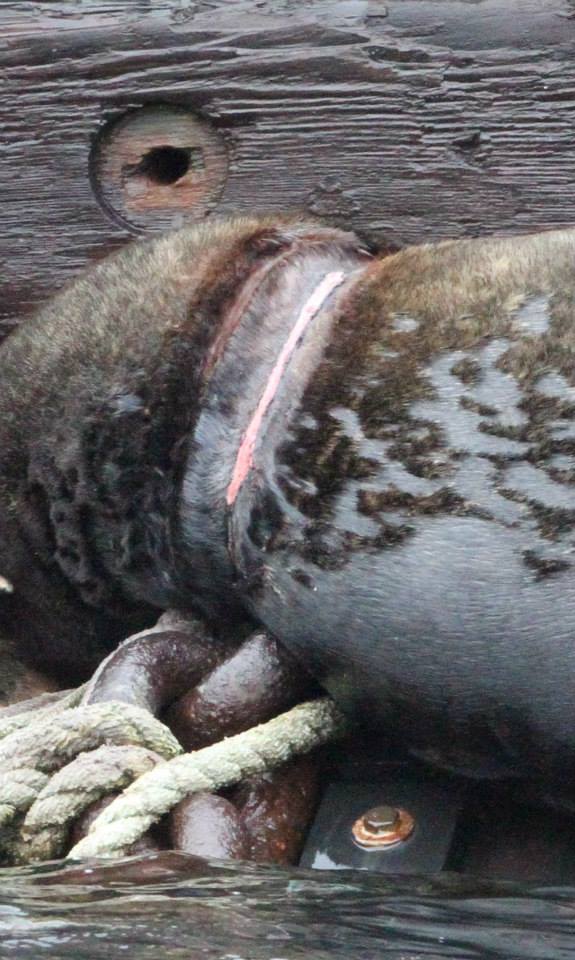