British Columbia saw retail spending increase by 6% between September 2014 and 2015, bumping the monthly total to over $5.9 billion.

The province saw the largest increases among all provinces, and the third largest in Canada behind Nunavut (8.5%) and the Northwest Territories (9.4%), but the total amount of spending remained lower than Alberta, Ontario, and Quebec, according to data released by Statistics Canada.

Alberta managed to pull in $6.3 billion in retail sales, even with the province’s declining economy and stunted growth, but the figure was 5.6% less than it was the year before. To no surprise, Ontario had the largest value at $15.5 billion, a far leap ahead of Quebec at just over $9 billion.

Across Canada, retail sales fell by 0.5% for a total of $43.3 billion, mostly due to declining sales at the pump due to the lowering price of gasoline.

Gas stations witnessed a drop in sales by over 14%, the largest decrease of any sector. Electronics and appliance stores also took a slight hit with sales sliding 1.5%.

But despite drops across the country, the ongoing trendline in retail sales continues along an upward trajectory, up substantially from values recorded back in 2010. 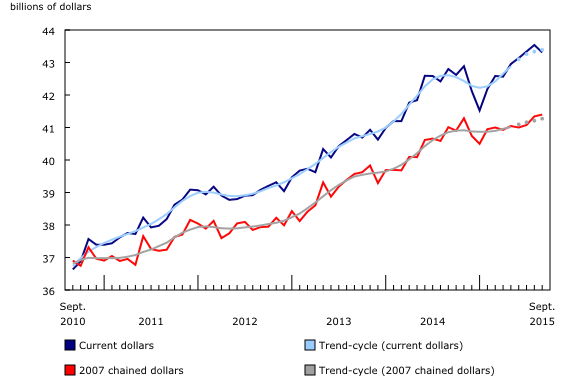