In a new survey released by Insights West, more than half of British Columbians oppose the Enbridge Northern Gateway Project at 52%, sighting concerns over oil spill risks and the expected increase in oil tanker traffic through Kitimat. More than 2/3 of people in the province say they are “familiar” or “very familiar” with the proposal. 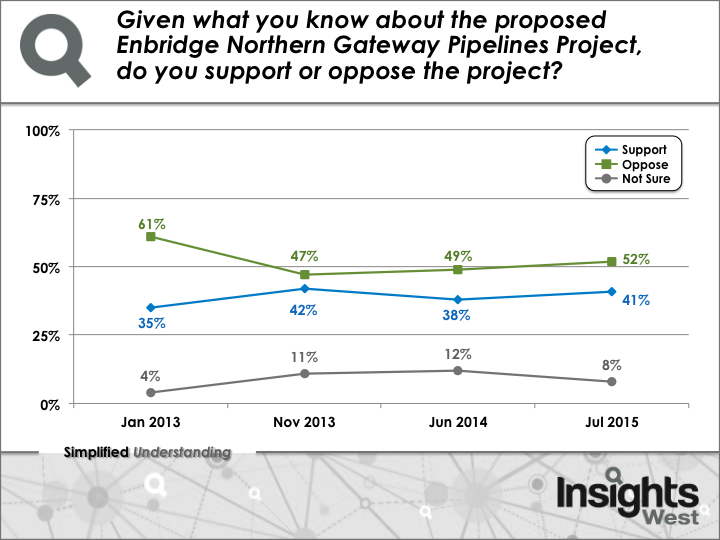 With that said, both support for and opposition to the Enbridge Project has increased by three points since the last survey in June 2014.

More than 70% of those surveyed think that it’ll generate jobs and 63% think it’ll contribute to economic growth. Fewer than half think it will benefit First Nations groups and many expressed concern over the environmental impact that construction will have.

Two in five people in B.C. support the project.

When it comes to the Kinder Morgan Pipeline, people were more divisive, with 46% expressing opposition to the project and 42% supporting it.

The $6.5 billion Enbridge Project will open up Alberta’s oil sands to the Asian market via a pipeline that travels from Bruderheim (north of Edmonton) to the B.C. coast. It will have a capacity of 525,000 barrels of bitumen a day through a 36 inch diameter pipe.

The federal government approved the construction of the pipeline, but only if 209 conditions were met by Enbridge.