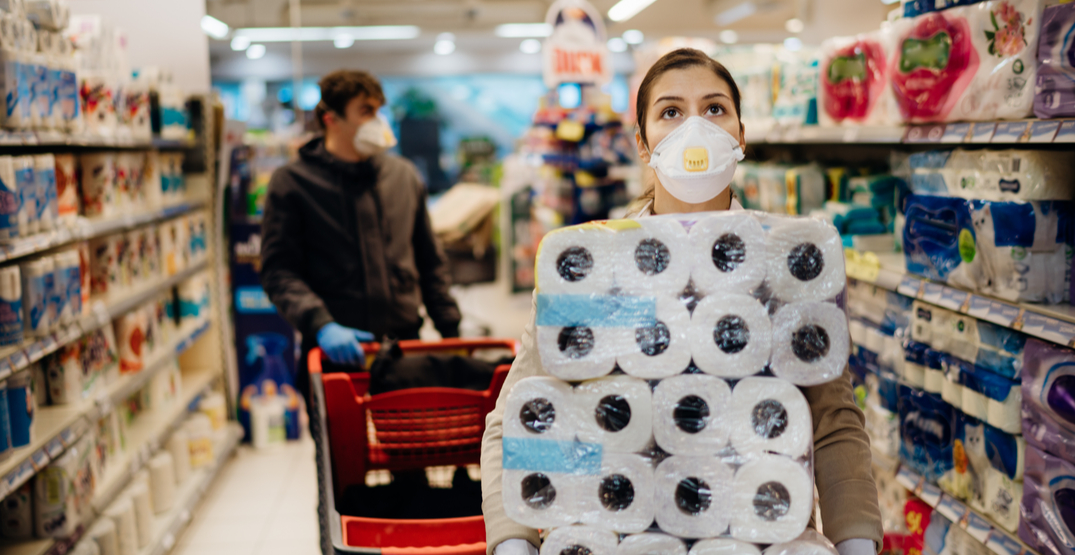 As of today, those caught price gouging or buying and reselling medical supplies at an inflated price will receive a hefty fine.

“The province is enabling police to issue $2,000 violation tickets for these offences,” Farnworth stated.

Police forces across the province will be granted the power to issue tickets with the fines.

The BC government will also be engaging Consumer Protection BC as a partner in response to price gouging. They will be the first and primary point of contact regarding complaints and reports.

“There are always those who seek to take advantage of people’s fears, and those who prey on the collective anxieties of our communities,” Farnworth explained.

“British Columbians have enough to deal with right now.”

If you would like to report an incident of secondhand selling or price gouging, there are multiple ways to do so.

Firstly, you can contact Consumer Protection BC, which has already received over 800 reports that will be investigated, Farnworth stated.

When considering whether or not price gouging is taking place, Farnworth stated that residents should ask themselves, “is the price of a good similar to the price of goods in a community or province that regular people would expect to pay in comparison to other people?”

Farnworth continued that residents should examine “prices that are significantly out of line,” stating that “you know it when you see it.”

The updated enforcement measure is similar to those in Ontario issued by Premier Doug Ford.

The tickets in Ontario are $750, with those summoned to court and convicted of price gouging also charged a $100,000 fine as well as jail time.

Directors of businesses that are caught price gouging face a fine of $500,000 as well as a year of jail time, with their corporations facing a fine of upwards of $10 million.

In terms of how residents have been reacting to the ongoing measures overall, Farnworth remains positive.

“By and large, most people in British Columbia are following the directions when it comes to social distancing,” he stated.

“We are seeing the curve flatten considerably.”