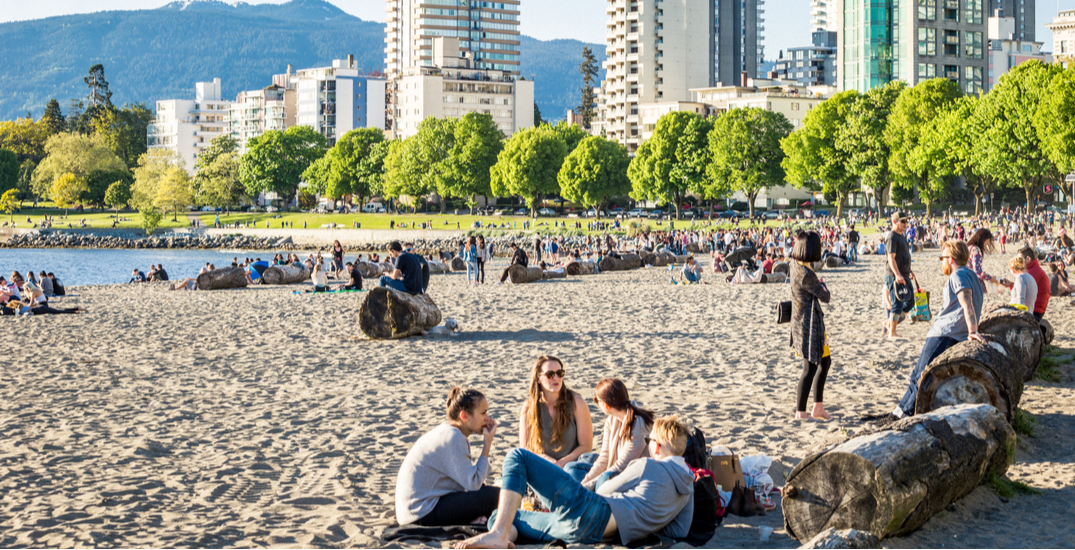 BC’s new relaxed spring break rules are a mix of science, psychology and – for lack of a better word – pity on those of us who simply can’t take being cooped up alone any longer.

Provincial Health Officer Dr. Bonnie Henry admitted as much during her modelling briefing Thursday, in which she showed a remarkably sobering set of COVID-19 statistics that indicate BC is in a worrying position in terms of infection rates, variant cases and the possibility the virus could spike out of control.

Then, she lifted some restrictions.

If that doesn’t make sense to you at first blush, you are not alone.

The new permission to gather outside in groups of up to 10 people, reconnect with friends and organize play dates for your children is really not that scientific at all. Though, that doesn’t mean it’s the wrong thing to do.

This exchange between Dr. Henry and Global BC’s Keith Baldrey is a good starting point to understand a bit about what’s going on.

“Given our frustrating inability to get our daily case numbers down — we’ve been stuck at that 500 level for some time — what is the rationale for easing restrictions, even slightly, about having gatherings outdoors of up to 10 people? Is it the warmer weather? Is it the disease won’t transmit quite as effectively? Is it psychological? Is it recognition that spring break behaviour may change anyways?” Baldrey asked.

“It’s a little bit of all of those, yes,” replied Henry.

“It is important after all these months that we have put in trying to prevent the spread, that we need to focus on some of the things we can do and can do safely, and outdoors is where we need to focus right now.”

There’s a lot to unpack there.

But one of the most interesting ideas is that Dr. Henry realized: Once spring break starts next week, many people, fatigued at a year of restrictions and watching the weather get warmer, are simply just going to break the rules anyway to gather with friends and family.

So why not ease up on restrictions outside, and hope to funnel the gatherings, parties and meet-ups into the safest venue, where the virus is least transmissible?

It’s reminiscent of the lessons learned last spring, when there were large gatherings on Vancouver beaches and in Stanley Park. It caused much drama at the time, as the self-appointed COVID enforcers on social media demanded the crowds of mainly young people be rounded up and shamed for their indiscretions. Yet, the gatherings did not lead to any outbreaks. And they did not drive up infection rates. Turns out, if you are outside in the warm weather and at a reasonable distance from someone else you are mostly safe from transmitting or catching the virus.

“Go out and play a game in the park, go out and have a picnic, have a barbecue in your backyard but keep your distance,” said Henry.

“Like we used to do last summer where we could have those events where we were not getting close enough to each other and don’t have an indoor component to it because that’s when we know it can spread much more quickly. Let’s find some opportunities to have games outside, to get together and kick a soccer ball around with some of your friends in the park — those are the types of things we can do now, safely.”

This is especially important for younger people in their 20s, whom Dr. Henry referenced several times on Thursday are both a driving force in the spread of the virus while also the hardest hit by the restrictions on social gatherings.

The science also doesn’t extend to the selection of 10 people as a maximum gathering size, though it’s now explicitly written into Dr. Henry’s public health order.

“There’s nothing scientific about it except that it’s small enough that you need to know who that is and it’s two families’ worth for the most part.”

If Dr. Henry had simply followed only the science in her Thursday briefing, we’d likely be in even tougher restrictions right now.

But influencing the behaviour of an entire province, and trying to steer the public through a pandemic that’s now a year old, is not simply a cut-and-dry scientific venture. It’s part psychology and empathy as well. It’s through those lenses that you have to view the new restrictions.

“We need this now,” she said simply.