The demand for organic food is flourishing across the country, with industry analysts describing it as “the most dynamic and rapidly growing sector of the global food industry.” British Columbian’s appear to be latching onto this lifestyle the most, with nearly 25 per cent of Canada’s organic food sales happening in B.C. alone.

“I think people are more educated on what organic is and what it means,” explains Ian Lennox. He’s the farm manager of Brandsema Farm, one of the first organic dairy farms in the province, having started in 1998.

“Now over 4 per cent of the market is organic in dairy, and back then, there was nothing.”

To get a better understanding of how the organic dairy industry is run, Valley Buzz was invited to tour Brandsema’s main farm in Abbotsford.

“Most of [the grain] is corn for energy source and flax for protein source,” says Lennox, referring to an array of grains spread across a table, samples of what the herd eats. 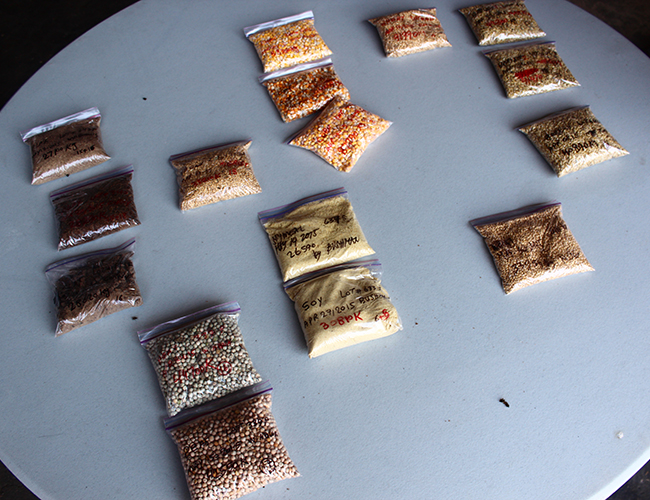 The food is all GMO-free and organic, but it’s not just about what the animals are fed that defines the difference between certified organic and non-organic cattle, says Lennox. “A lot of it comes down to how we treat our animals … we put them out in the fields, we don’t keep them in the barns year-round.”

Lennox is careful not to compare Brandsema to standard dairy farms; after all, he grew up on one as a child.

“You know, the conventional guys are doing a good job, they have to, we have some of the toughest regulations in North America right here in B.C.” he adds. 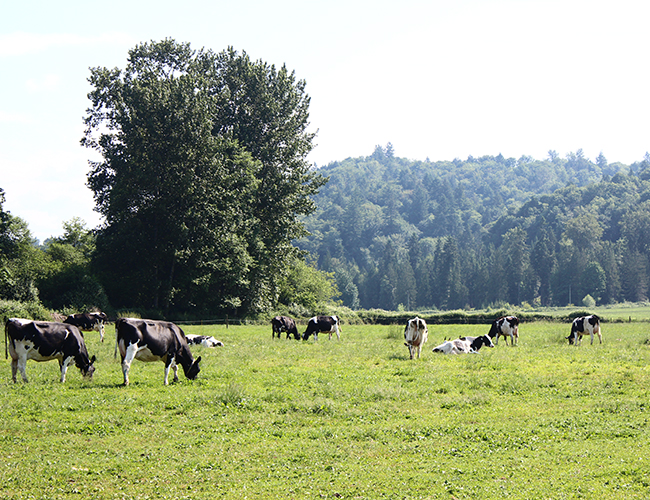 In the milking parlour, half a dozen cows stand patiently in their stalls with automatic milking systems attached to their udders. In just over five minutes, about 15 litres of milk is sucked from each cow and transferred into large glass containers. This happens twice a day, at 2 a.m. and 2 p.m. 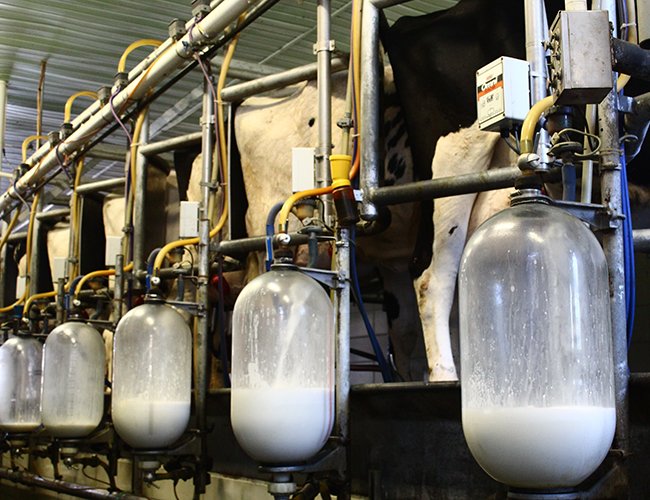 The raw fluid is stored on site and picked up every second day by a truck that carries over 20,000 litres of organic milk. Samples are taken from each truckload to test the milk’s butterfat and proteins and to see if there is any bacteria or antibiotics in the milk. If the samples fail, the whole truck is dumped.

“If there is a fly in that tank, it gets rejected … that’s how safe it has to be.” 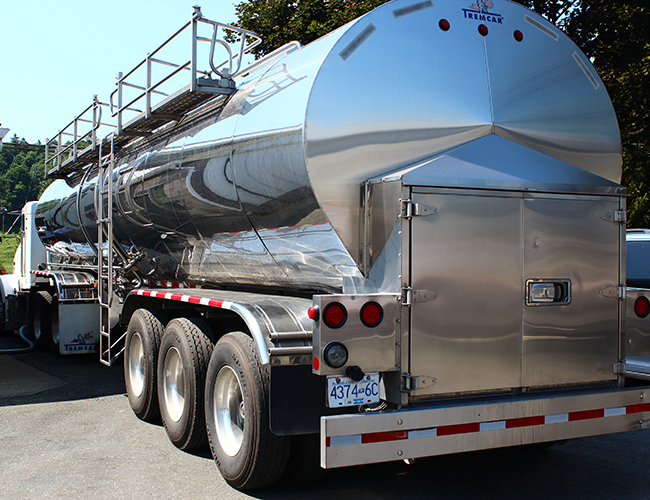 All of the milk from Brandsema is brought to Olympic Dairy, western Canada’s largest processor of yogurt. This is where the tour heads next, to Olympic’s manufacturing plant in Delta to see how organic yogurt is made.

A stainless steel jungle with the sterilization of a hospital but the heart of grandma’s kitchen; this is Olympic Dairy’s 42,000 square foot manufacturing plant.

Dressed head-to-toe in scrubs, Stéphane Laflamme parades us around the facility’s floor. “The cleaning is the most important part,” he explains. Laflomme is the lead production supervisor and has been working for Olympic Dairy for 27 years. His passion for making yogurt is evident as he enthusiastically points out machinery that homogenizes, pasteurizes, processes and packages the 154 different dairy products made on site. 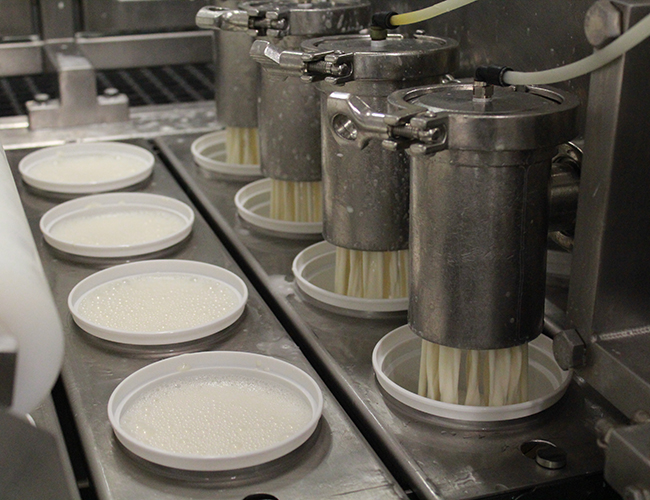 The machines were running continuously, packaging Krema vanilla organic Greek style yogurt. 650g tubs run along a conveyor belt as a steel shower head sprays liquid yogurt into them at a temperature of 43 degrees Celsius. These containers are brought into an incubator where they’ll ferment into yogurt after five hours. The tubs are then flash cooled, stamped with an expiration date, and stacked on pallets where they will wait to be shipped out, primarily to local grocery stores.

About 60 per cent of their products are organic, but when asked about what is more important, organic or local, Olympic Dairy’s Brand Manager, Fany Dubac, didn’t hesitate to answer, “definitely local.” 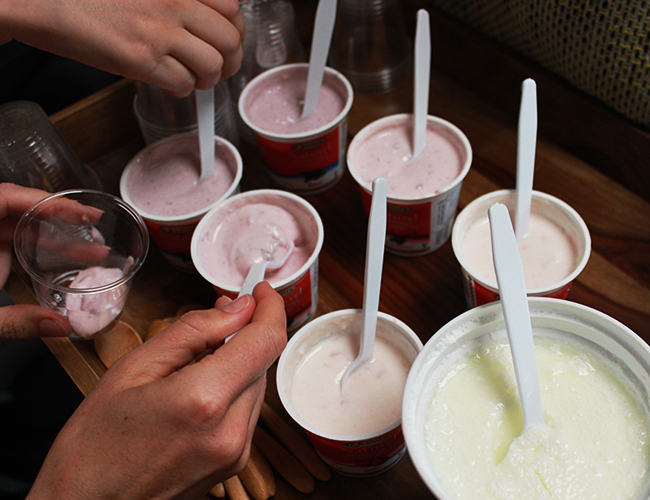 After the tour, a tasting session was in order. From their Honeylicious Greek yogurt to strawberry kefir milk and chia vanilla yogurt, Olympic Dairy employees brought out a variety of products to sample. The tasting wrapped up after the unveiling of a secret flavour that will be on the shelves in the fall: Pumpkin Spice.

“It’s a product that’s still in development,” Dubac explains. “We’re evaluating the level of spice, the taste, the intensity of fruits.”

You can find Olympic Dairy products at most major retails stores and many independent grocers. 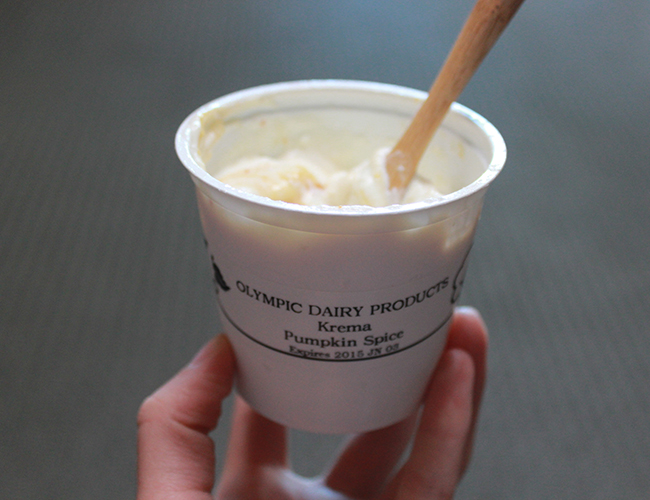 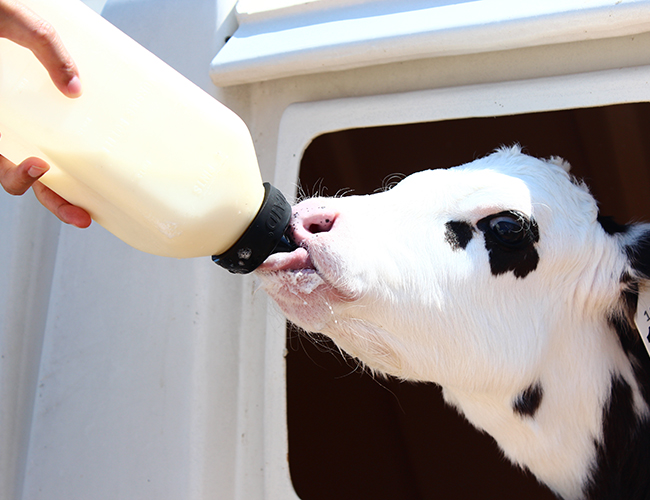 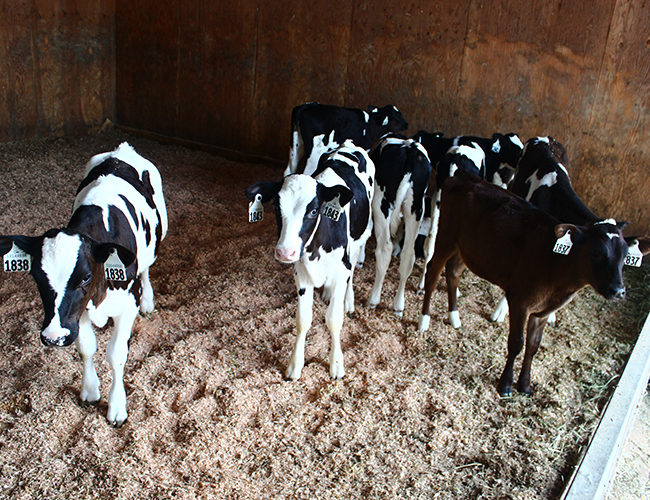 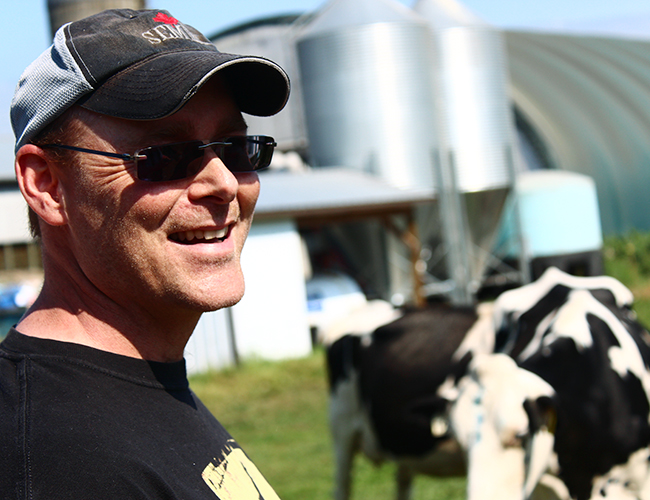 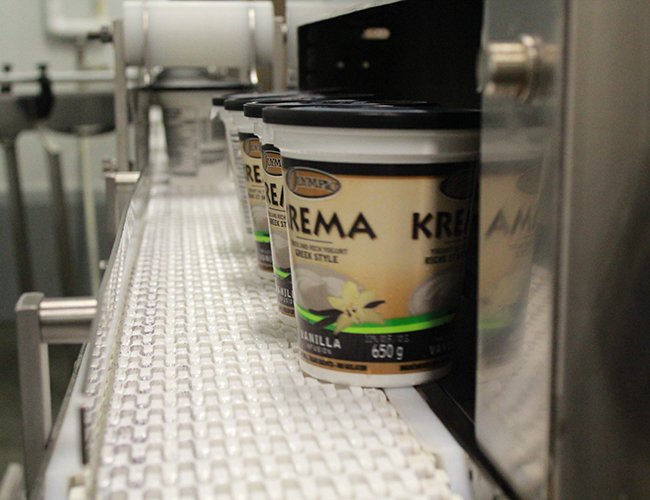 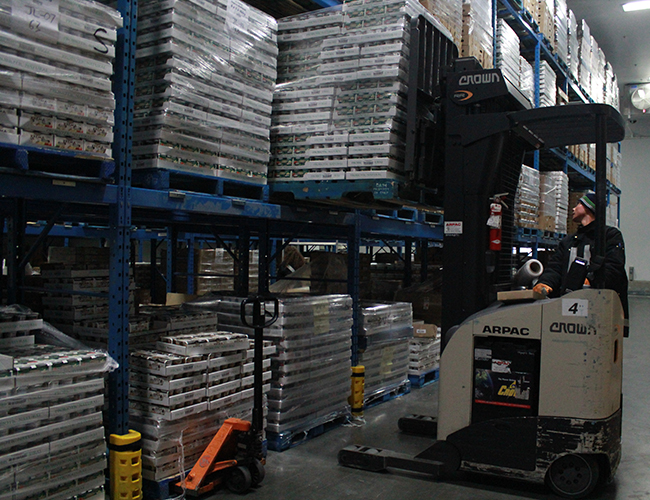 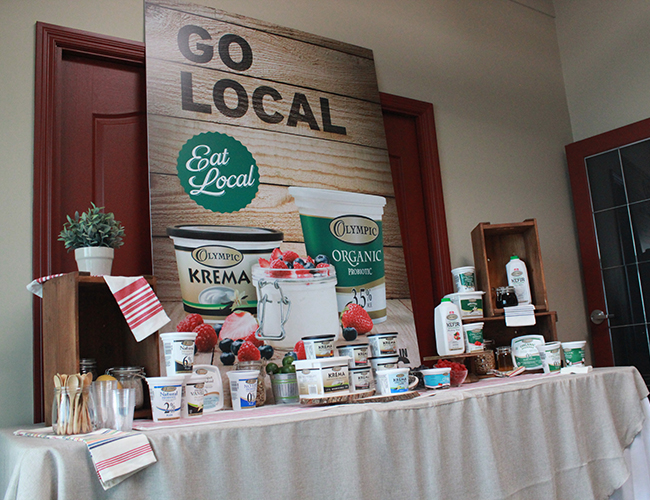 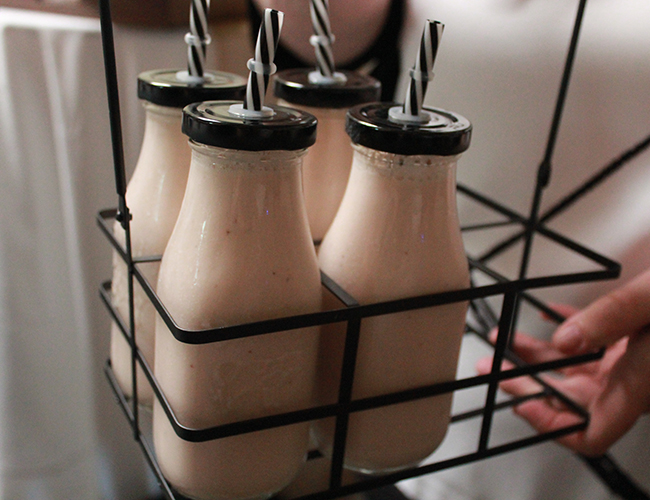