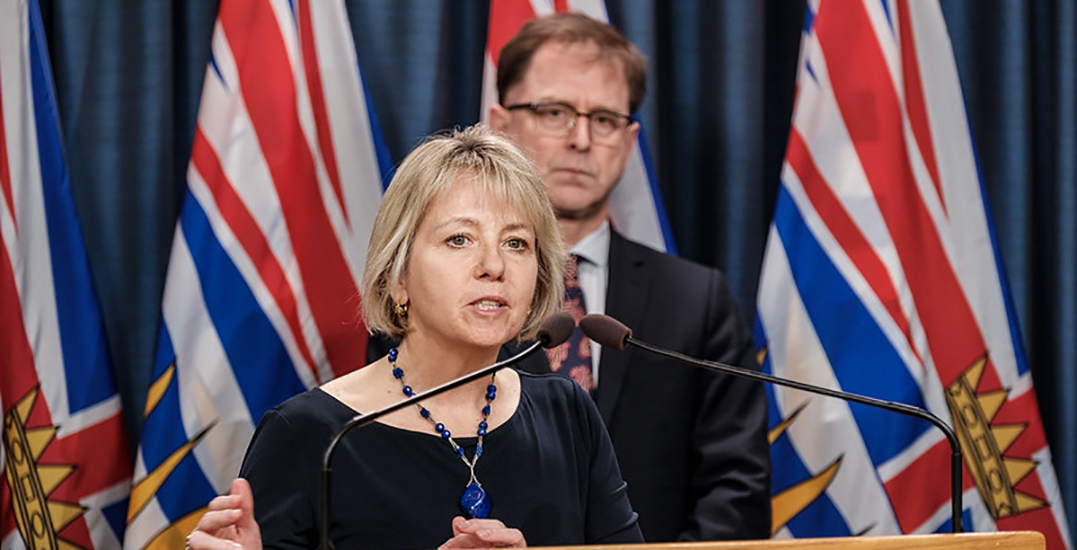 These are new cases since Saturday, since BC doesn’t update its case count on Sundays.

Another five people have died since Saturday, bringing BC’s coronavirus death toll to 86.

So far 1,039 people have recovered from their coronavirus infection, meaning only 663 cases are active.

One additional long-term care facility has reported an outbreak — the Chartwell Willogrove Retirement Community in Maple Ridge. There are now 20 long-term care facilities in the province dealing with COVID-19 outbreaks. Some previously dealing with outbreaks have got them under control (two incubation periods without a new case discovered), including the Delta View Care Centre.

The outbreak at the Okanagan Correctional Centre is also considered over, with no new additional cases discovered after the first one was reported.

But the outbreak at the Mission Institution is still growing. There, 64 inmates and 11 staff have been infected.

Dr. Bonnie Henry also issued a new order mandating everyone who has returned to BC from the Kearl Lake oil sands project in Alberta since March 15 must self-isolate for 14 days. Several infections have already sprouted from that workplace.

BC also updated its testing strategy on April 8 to say that any doctor in BC could order a COVID-19 test for a patient. Henry reminded people that although everyone can get a test, not everyone needs one. Tests are ineffective on people who haven’t developed symptoms, she said.

Reporters asked several questions about when the province could start opening back up. Henry and Health Minister Adrian Dix said they would have more information in early May.

For now, Henry said people shouldn’t expect mass gatherings this summer. However, she does expect restaurants will be able to reopen, as long as physical distancing between customers and staff happens.

Henry added that staying home sick is a “habit we need to develop” and carry forward through the rest of the year.

“We need to have a very low threshold for staying away from others and not going out,” she said.