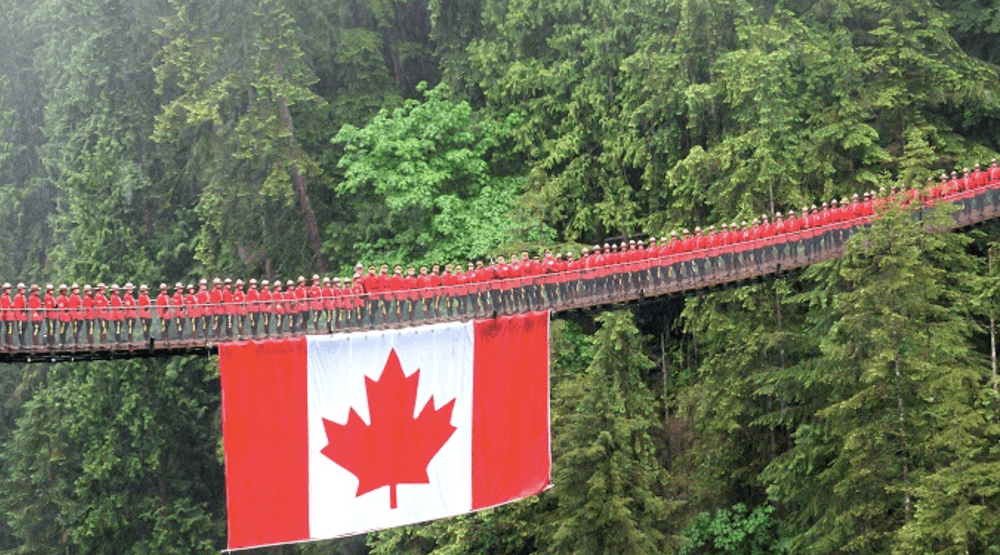 This may be one of the most Canadian pictures ever taken.

On Thursday, 100 Mounties gathered on North Vancouver’s Capilano Suspension Bridge for an early celebration ahead of Canada’s 150th birthday.

It all made for a pretty epic shot that, especially with the Canadian flag hanging off the side of the bridge.

The officers volunteered their own time to participate in the photo and hailed from various detachments across the Lower Mainland.

“This was a once-in-a-lifetime and once-in-a-career opportunity to be part of a historic photo occasion,” said Supt. Chris Kennedy of the North Vancouver Police Department, in a release.

“It was a proud moment for all those of us who stood together on the bridge, showing support for the country we serve and protect.”