As Vancouver home prices get ever higher, a huge majority of young British Columbians want the government to bring in a tax on absentee homeowners, according to a new poll.

Insights West surveyed 802 British Columbians in an online study between May 31 and June 3 on whether a tax should be levied against owners that leave homes lying empty.

The tax found most support among millennials – arguably the age group most affected by high real estate prices – with 90% of young respondents supporting the idea. 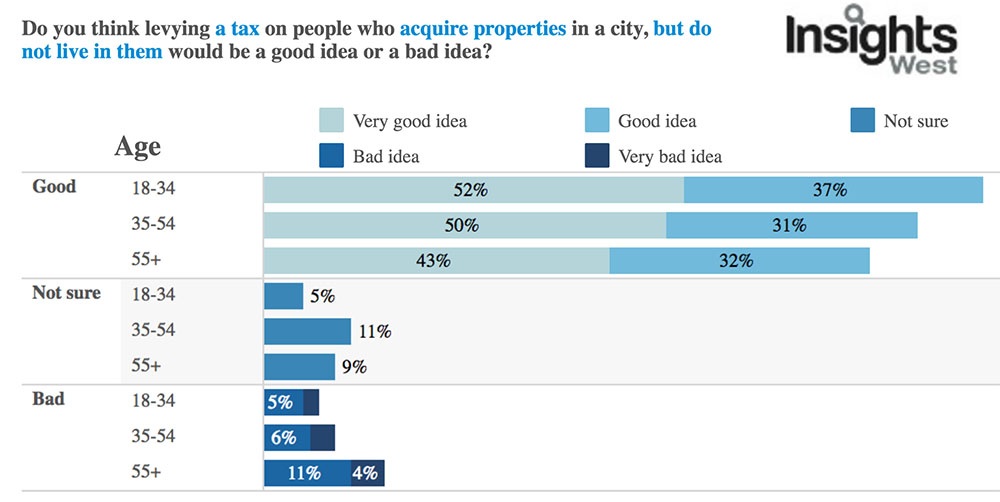 But across the board, the poll found, most British Columbians are in favour of an absentee homeowner tax, regardless of age, gender, income, region, ethnicity and whether they are homeowners or not.

The survey also found most respondents, across all groups, were dissatisfied with the action taken (or lack thereof) by all levels of government – municipal, provincial and federal.