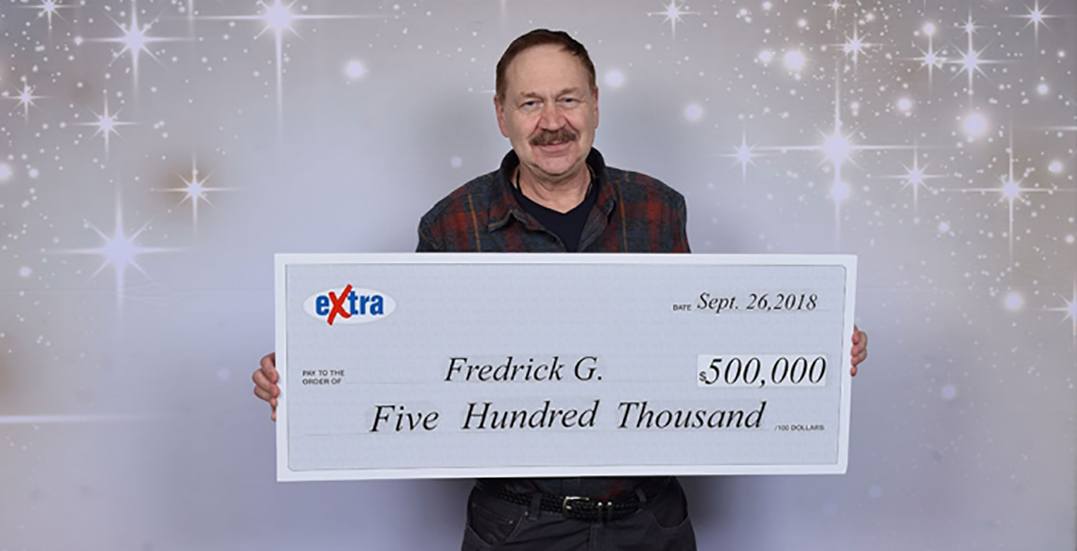 A BC resident has seemingly broken the adage of “once-in-a-lifetime” after winning the lottery for the second time in a four-year span.

Fredrick Greene, a Prince George native, celebrated a sizeable win earlier in September while playing the Lotto Max Draw. He took home $500,000, topping a $249,000 sum that he won in 2014.

After seeing that there were no jackpot winners in the draw, Greene was stunned to see he won on the extra draw.

Immediately upon sharing the news with his wife, she questioned “if it was real and asked [him] to scan it again.”

“I’m still a little shocked when I think about it, but I feel very grateful,” Greene says.

His plans for the winnings include a trip to Costa Rica. He and his wife are also the owners of eight dogs, so it’s a safe guess that they’ll be enjoying some of the winnings as well.

It’s not the first time this year that a BC lottery player celebrated a lucky win. Earlier this May, Ping Kuen Shum celebrated his birthday, retirement, and won the lottery in a single day.

The winning ticket was sold at the Walmart Supercentre in Prince George.