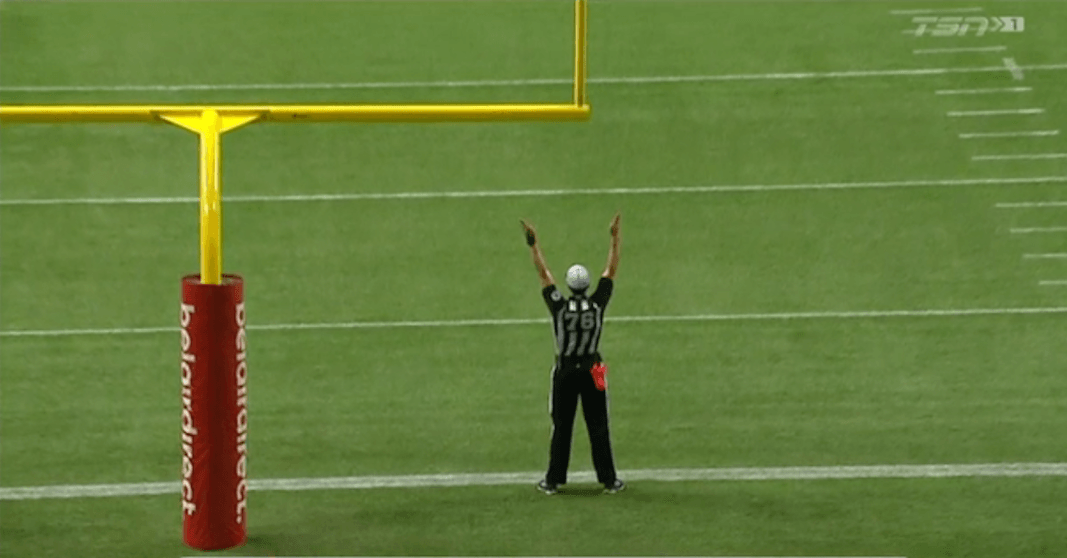 The BC Lions and Hamilton Tiger-Cats were in a cat fight for 60 minutes at BC Place Friday night. It was a back-and-forth affair that ended with a 50-yard field goal made by Ticats kicker Sergio Castillo, resulting in a 24-23 loss for the Lions.

Here’s what you need to know from tonight’s game.

It’s tough to lose when you’re as close to a win as the Lions were tonight.

The Lions were leading by two in the final minutes of play, and Hamilton was facing third down needing six yards. Things seemed like game over.

But Luke Tasker came up with a clutch grab to get the Ticats within field goal range (barely), and Castillo did the rest with a 50-yard field goal.

Castillo had missed a pair of field goals early in the game, but made up for it with a pair from 50 yards out.

This was a close game throughout, and it looked like the Lions were going to win when Jeremiah Johnson pulled out a crazy spin move that led to a Ty Long field goal.

Jeremiah Johnson pulls off a wicked spin move and turns it into a big gain#CFLGameDay #SpinMove pic.twitter.com/TQkRGGxbFI

Johnson had a jump in his step all night, finishing with 14 carries for 91 rushing yards, plus three catches.

The arm of Jonathan Jennings continues to look good, which is a major relief considering Lulay is out for the season.

The Lions starting quarterback went 22-for-33, throwing for 345 yards. He didn’t throw any interceptions, but there was only one touchdown, when he ran it himself into the end zone.

Jennings had a few highlight-reel completions tonight, the first a long 43-yard toss to Manny Arceneaux that came in the second quarter.

Unfortunately the Lions only managed a field goal on both of those drives, which ultimately made the difference in the game.

The Lions now sit at 6-7 on the season. Having let a good chance to pass the Saskatchewan Rough Riders this week slip away, BC remains last in the West. That sounds worse than it is, because they do have more points than any team in the East. Weird standings this year.

The Lions now have another bye week on their hands. They next hit the field on October 7 when they host the Ottawa Redblacks, 4 pm at BC Place.