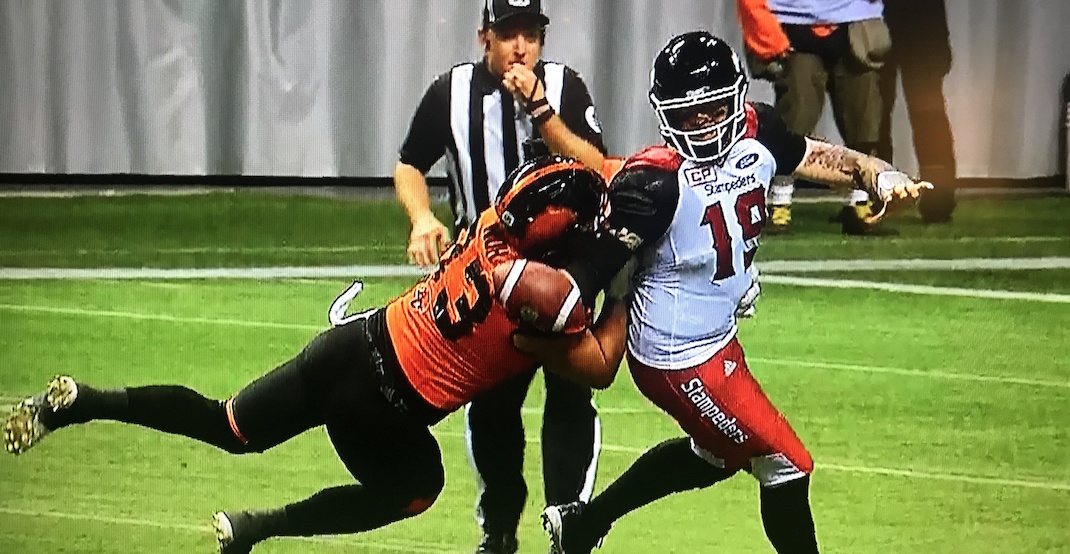 The BC Lions were mere inches away from a first down in the final minute in the game inside the Calgary Stampeders’ 25-yard line. It was a turnover on downs that allowed the Stamps to kill the clock and win by a 21-17 score.

“That game was there for the taking,” Lions head coach Wally Buono said, summing things up perfectly during his post-game media conference.

It was a position you could argue the Lions shouldn’t have been in, due to a controversial horse collar penalty earlier in the game.

Early in the third quarter with the Lions trailing 9-8, defensive lineman Craig Roh appeared to come up with a big sack, resulting in a 17-yard loss and second down for the Stampeders.

However, the official threw a flag, citing a horse collar infraction.

On the replay it appears that Roh grabs Bo Levi Mitchell’s right shoulder. His other hand was on Mitchell’s hip. 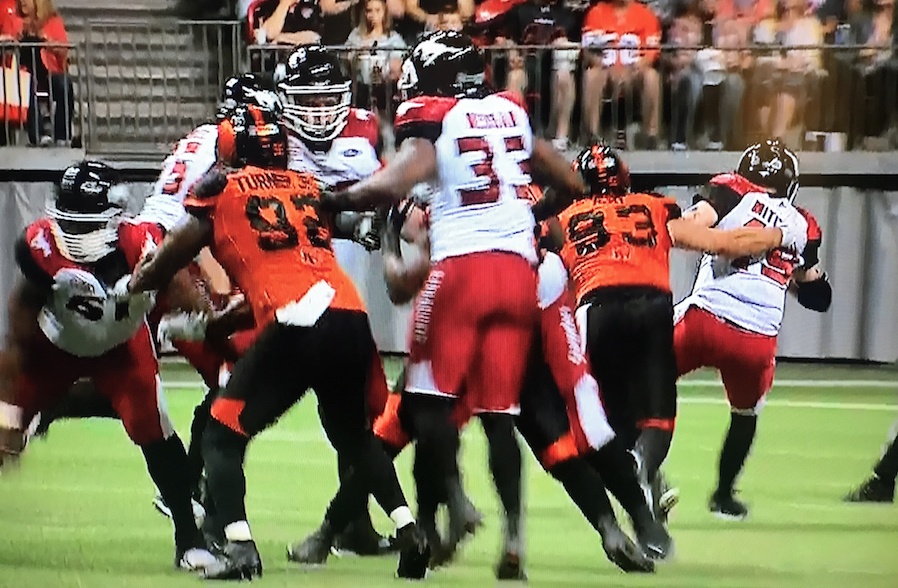 Buono threw out the challenge flag and cheers rang through the building, many expecting the call to be overturned.

The call ultimately stood, resulting in a 32-yard swing of field position.

“I sure would like to get an explanation on why that was considered a ‘horse collar tackle,'” Buono said, still perplexed after the game.

The Stampeders were able to work up field and eventually pick up a field goal on the same drive.

Had that sack stood, who knows how the game plays out. But the Lions had the ball in field goal range at the end of the game down four points, so there’s certainly a case to be made that it cost them a chance at the win.

🎥"We hurt ourselves early once again. I have to get the rust out."@JJ_Jennings10 on the difference in tonight's loss to Calgary 🦁 pic.twitter.com/BV6aPjg6H1

After struggling early on, Lions quarterback Jonathon Jennings got better as the game went on in his second straight start. His stat line at the end of the game was respectable, throwing 26-for-38 for 240 yards, one touchdown, and two interceptions.

With two of BC’s top receivers (Bryan Burnham and Nick Moore) both out of the lineup with injuries, you might think the Lions would elect to run the ball a bit more than usual.

Think again, because it was the exact opposite trend. 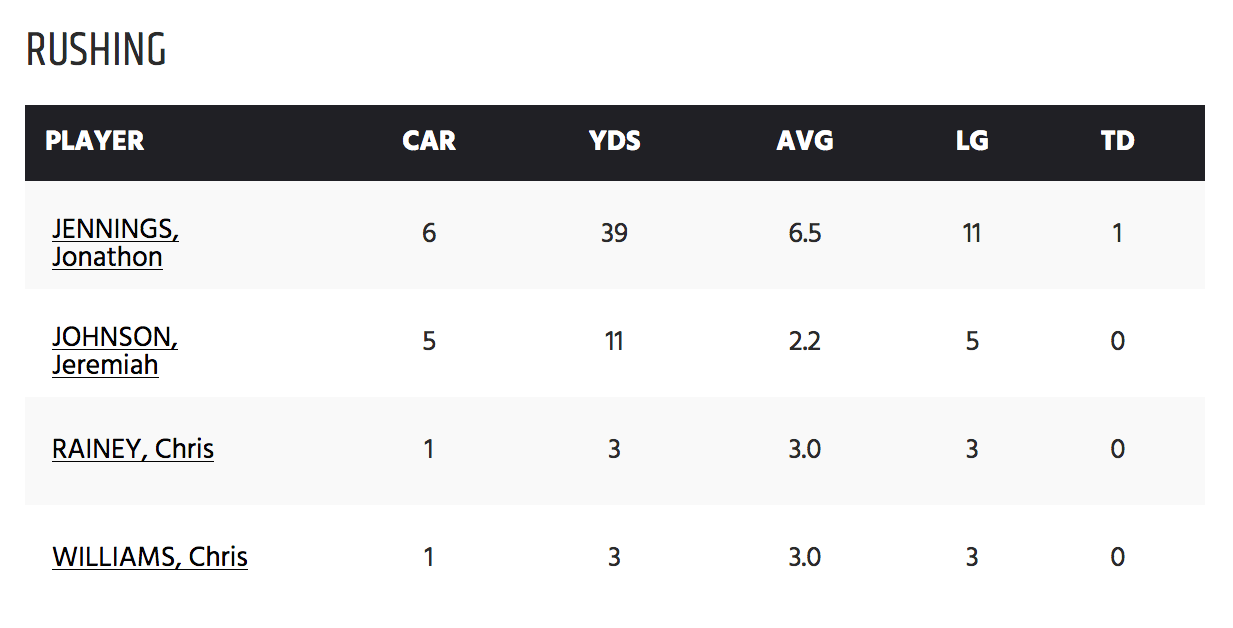 You know you didn’t run the ball much when your quarterback leads your team in rushing carries.

Jeremiah Johnson got a few touches early, but was underutilized for most of the game, and barely touched the ball at all in the second half.

Jeremiah Johnson hasn't had an opportunity to rush the ball since the first play from scrimmage in 3rd quarter. Strange. #BCLions

It’s hard to fault the Lions too much. After all, Johnson did only average 2.2 yards on the carries he did have. That said, a few more plays to keep the Stampeders defence guessing might not have been a bad idea.

Chris Rainey has been one of the most electrifying Lions to watch this season, and his skillset was on full display tonight.

He was putting the Lions in good field position consistently, averaging 20.2 yards over five kickoff returns using some nifty moves.

The Rain Man was also responsible for the Lions first touchdown of the game, breaking ankles inside the 10-yard line for the eventual score.

Ultimately, the Lions could have overcome the controversial call and won this game if they took advantage of their opportunities.

Fact is, both teams were sloppy.

Bo Levi Mitchell threw under 50% and although he only threw one interception, it could have easily been three if the Lions hadn’t dropped the ball.

The Lions will look to avoid a third straight loss next week when they visit the Ottawa Redblacks next Saturday.