The B.C. Lions are really struggling these days. After starting the season strong with a 2-1 record, not only has Travis Lulay and company fallen apart, but so has the Leos fanbase, one that is fickle, but rightfully so.

Gone are the days where the Lions were a fairly hot ticket in town. Even with the Canucks already past their window of contention in the NHL, the Vancouver Whitecaps have stolen sports fans hearts throughout the province.

Being one of the best up and coming teams in the MLS ever since the franchise joined the prestigious Northern American soccer league in 2011, “Vancouverites” haven’t stopped going to games at BC Place and it’s a consistent draw of near sellouts in the lower bowl portion of the dome.

The crowd sings, are invested throughout, and you really don’t need to have a clue about the rules of the game at all to get excited yourself.

Would you rather bring your partner and family to a sports event like that or a CFL game where fans are exceedingly drunk (not in a fun way) with flags being thrown every two players and “Crazy P” incessantly banging on a drum right next to you?

I mean, you have got to be kidding me! The choice, at least at this point, is quite easy.

To pour salt in the wound, it’s well-apparent that Vancouver is officially a Seattle Seahawks football town. Two straight Super Bowl appearances will do that to a non-saturated sports market here in this city, and attending an NFL game is a mere two hour drive down the I-5.

Last Friday, Blue Jays fans in B.C. (including myself) stormed down to Seattle for the annual “Safeco Field Takeover” against the Mariners in baseball. The same night, the Lions played host to the Toronto Argonauts.

Maybe it’s a coincidence, perhaps not, but an absolutely pitiful crowd of 20,085 was announced as the final attendance, the lowest the Lions have had since August 21 in 2002.

Losing yesterday in Winnipeg will only make matters worse. B.C. is now 2-3 on the year, and with a home game next week on a Thursday (oh boy), could we see an even bigger drop in gate?

Only time will tell, but in the meantime, #MemoTo Dennis Skulsky, President of the Lions: The cheapest ticket for your games are $38 flat. Whitecaps’ are as low as $30.

The Lions have attempted model themselves after the Whitecaps in one case, which has seen attendance success partially because it closes the upper bowl of the stadium to artificially create a “high demand” for tickets. But much more needs to be done.

The only way to mend fences with the fan base is to modify everything that has to do with this franchise, which includes the team’s schemes and play style, the spectator amenities, in-game entertainment within the stadium, and of course ticket prices.

Sports fans in Vancouver have been patient for far too long. 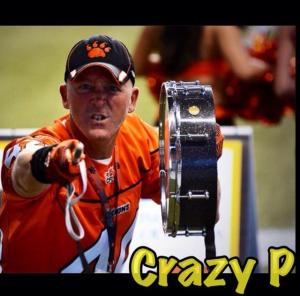