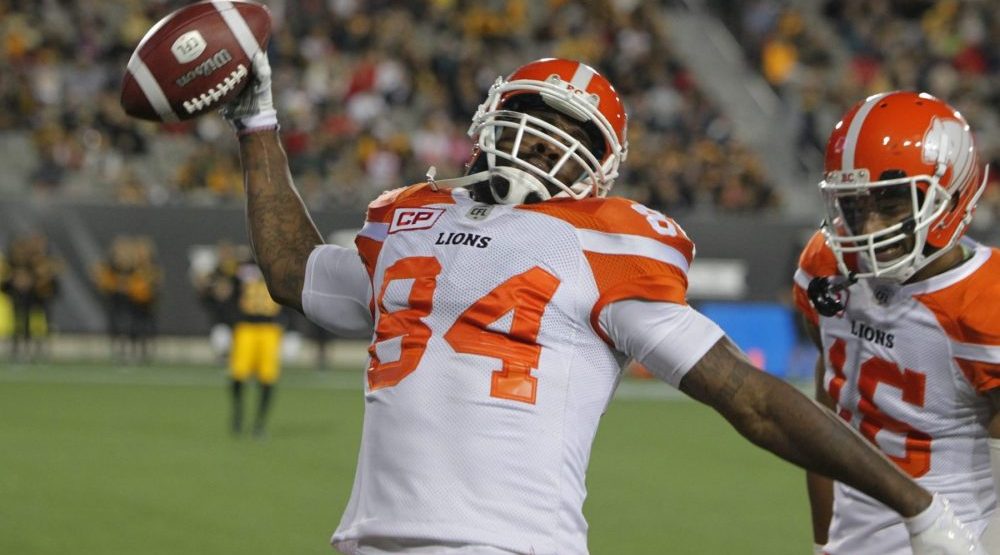 On a Canada Day special at Tim Hortons field on Friday night, the BC Lions dominated at the line of scrimmage, resulting in the Leos beating the Hamilton Tiger-Cats quite handily, winning 28-3.

The Lions have won their first two games for the first time since 2012, and there were a lot of positives to take away from tonight’s game, which wasn’t the catfight most folks expected.

In Hamilton’s first drive of the evening, the Ticats drove all the way down the field with an impressive initial drive, but had to settle for what was ultimately a failed field goal attempt. Why, you ask? The wind.

Brett Maher missed all three of his field goal attempts on the night, and Richie Leone missed two as well for the second straight week. It’s an understatement to say it’s been a rough start from the get-go for CFL kickers this year from distance.

The swirling winds also forced the two teams to adjust their offensive approach at times, depending which way they were facing on the field.

Chris Rainey had another strong night returning the football for BC, with one kick return for 39 yards, and two punt returns for 54 yards. The ‘Rain Man’ can make something out of nothing nearly every time when he has the ball in his hands, and it’s only a matter of time before head coach Wally Buono gives him some reps here and there at the running back position.

Wide receiver Shawn Gore also continued to feed off his strong Week 1 performance with four receptions for 116 yards. Gore’s production on the field had been decreasing slightly every year since his breakout sophomore season in 2011. It looks like the former Bishop’s University standout is finally living up to his true potential again.

Talk about a difference between last week and this week for Hamilton. Ticats QB Jeremiah Masoli stole the show at BMO field in Week 1, spoiling the Toronto Argonauts’ home opener with a lights-out performance at quarterback.

This time around, he was pressured routinely all night long, and looked shaky throwing the ball, tossing one too many dribblers and inaccurate passes that receivers didn’t have any shot at.

All of Hamilton’s points came from three rouges. I think Captain Obvious would agree with me when I say that’s not a winning formula.

Lions defensive tackle Alex Bazzie continued to dazzle, picking up from his remarkable rookie season last year with two sacks on the night. Craig Roh tallied one of his own as well, thanks to this marvellous spin-move past the Hamilton offensive tackle.

All in all, the Lions defence finished the game with four sacks and three forced fumbles. Not bad at all.

Last week, Jeremiah Johnson only rushed for 44 yards, albeit on only nine rushes. This time around, he ran for 76 on 12 carries. Johnson eclipsed his Week 1 total early in the second quarter, but went down with what is reportedly a minor ankle tweak in the 3rd quarter after a nice 13-yard run when he got tackled to the ground awkwardly by linebacker Adrian Tracy.

Backup Shaq Murray-Lawrence came in to fill the absence of Johnson, and had a couple nice runs, including his first one that was a touchdown from two-yards out.

“You never know when your number’s going to get called.” @ShaqMLawrence stepped up 👊🏽👊https://t.co/sXwO5Rxbgw

The 2-0 Lions currently sit in first place in the Western Division, and are set to face the Argos next Thursday night at BC Place.