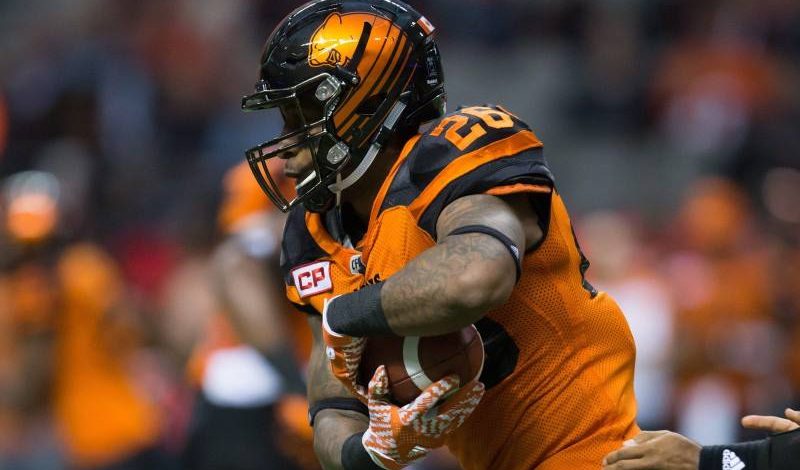 The BC Lions look back to get on the winning board after consecutive soul-crushing losses to the Winnipeg Blue Bombers.

Entering BC Place come the 8-7 Edmonton Eskimos who on the other hand have won three straight. The defending Grey Cup champions have really caught fire at the right time, and look to keep their hot streak alive on Saturday.

“I expect it to be a very tough, physical game.” 👊 @GM_Brillo breaks it down for this week’s competition vs @edmontonesk 🏈

Fans going to the game are encouraged to arrive early, as the first 5,000 fans through the gates on Saturday will receive a Solomon Elimimian bobblehead. 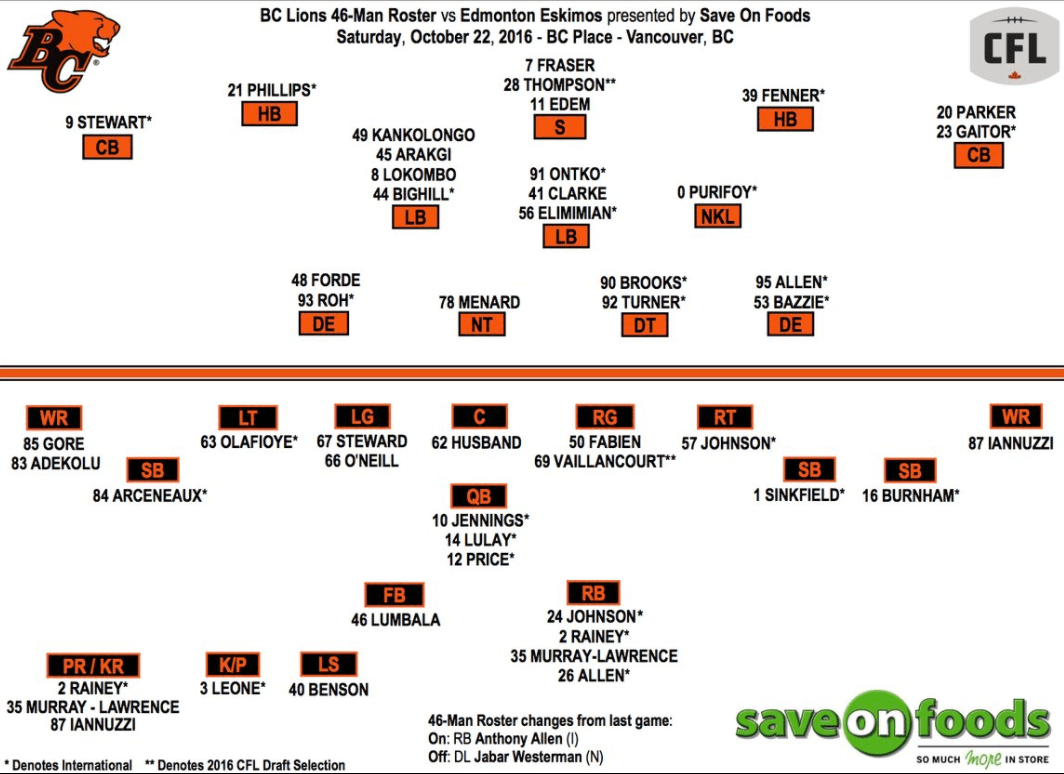 The Lions are in close race with Winnipeg and Edmonton for spots two through four in the division. Second place earns a home playoff date, while fourth place will crossover to the East Division playoff bracket.

Despite their underwhelming record, Edmonton came into this week leading the CFL in net offence in 2016, ranking tops in total plays from scrimmage with 918.

Quarterback Mike Reilly has the luxury of throwing to Adarius Bowman and Derel Walker, two of the best receivers in this league. When you then factor in BC’s dismal display of steady defence throughout the second half of the season, expect the scoreboard to be getting updated frequently throughout the game.

Luckily for BC, Jonathon Jennings is easily the most exciting QB in the CFL to watch right now, and arguably boasts the best arm talent at the position. Expect slotback Brian Burnham to continue his breakout season with another strong performance, and for Terrell Sinkfield’s explosive speed to play a factor in the end-result.

When it comes to offence, this should be a “anything you can do, I can do better”, type-match.

“We gotta come in there and be fundamentally sound.” 📽@JJ_Jennings10 on what they need to bring home a W! 💪

The unit will have its work cut out as just like BC, Edmonton features a two-headed monster attack in the backfield.

Running back John White rushed for 145 yards in their latest win at Montreal, while Shakir Bell had a nice outing against the Lions back in September with 108 yards and a touchdown.

As the regular season reaches the final few weeks, a number of Lions have some significant milestones that they could reach.

Quarterback Jonathon Jennings needs 595 passing yards to reach 5,000 on the year and would be just the fourth Lions pivot in team history to achieve that number.

Linebacker Adam Bighill needs just four tackles to join fellow ‘Team 100’ member Solomon Elimimian with you guessed it, 100 defensive stops this season. If he does so, the Lions will be the first team in CFL history with two players hitting the 100-tackle mark in the same campaign.

30-27 BC. The Leos should and will be the hungrier team in this one. A loss may end up forcing the Lions to crossover when the postseason hits, and there’s no doubt this team and fanbase needs a home playoff game to look forward to. BC wins a big one.