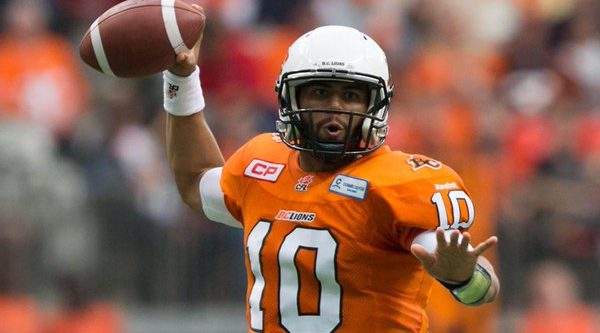 The BC Lions play their final game of the 2016 preseason tonight, at home against the Calgary Stampeders.

For BC, a team looking to start fast out of the blocks this season, it’s one more chance to fine tune their game before the regular season begins on Saturday next week.

“We want to make sure that when we line-up on June 25th that we have the best team,” head coach Wally Buono told reporters after practice.

The Lions started the preseason on the right foot last week with a 28-16 win over the Saskatchewan Roughriders.

“We’ll manage the game as we did last week,” Buono added. “We have a plan. How it unfolds, who knows? We’re not going to stick exactly to it, but we are going to be pretty much in order where Jonathan (Jennings) and Travis (Lulay) will get most of the reps.”

BC has two quarterbacks capable of leading the offence in Jennings and Lulay, although this will be Jennings’ team, barring unforeseen circumstances. Jennings, Lulay, and Keith Price all saw action last week against the Riders, with Jennings throwing for 70 yards and a touchdown on just 5 passing attempts.

"Our offence is coming together. 4 QB's are interchangeable."@IannuzziMarco is jacked for tonight's contest. 🏈 🦁https://t.co/vPlAsQQwms

Both the Lions and Stamps are led by new head coaches this season, as Wally Buono returns to the sidelines for BC and Dave Dickenson enters his rookie season as a head coach with Calgary.

“Dave has always been a competitor, he’s always been a very loyal, hard working guy,” Buono said about Dickenson, who he coached both with the Lions and the Stampeders. “I’m not surprised about his rise in the coaching fraternity. We always felt like he would be a good coach.”

These two rivals will get very familiar with each other, as they’ll meet again in the regular season opener on Saturday, June 25 also at BC Place. Including tonight’s game, BC and Calgary will meet four times in the span of nine games. 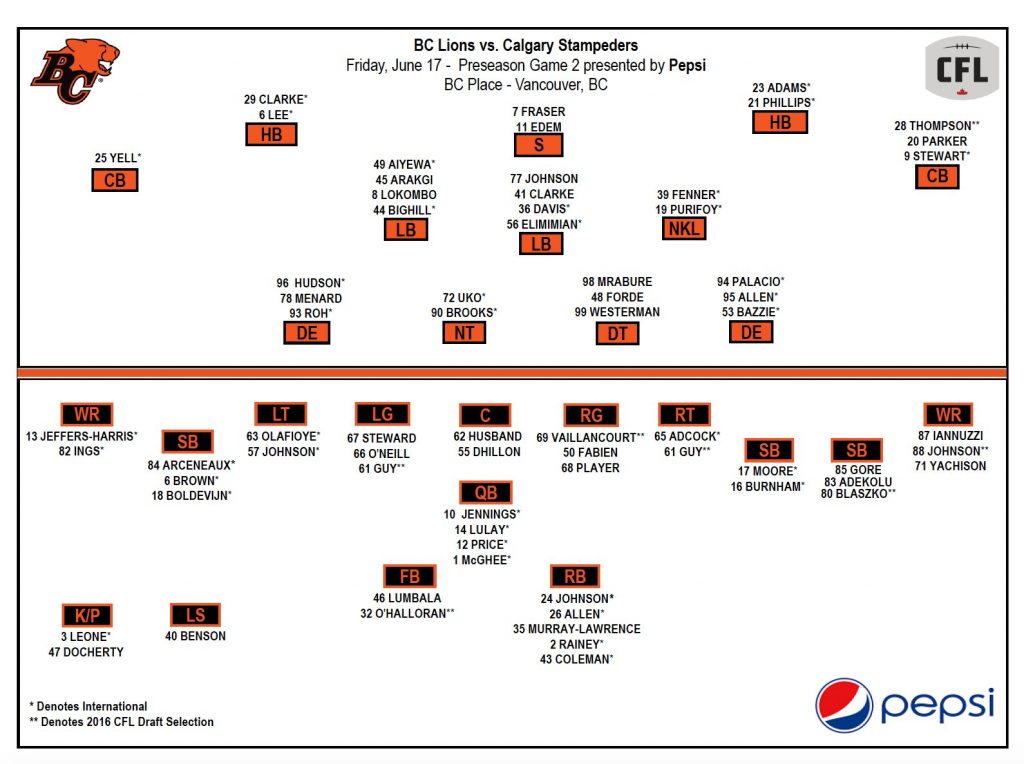 Note: Tonight’s game begins at 7 pm, but is not being televised. So if you want to watch it, you’ll need to make it out to BC Place.