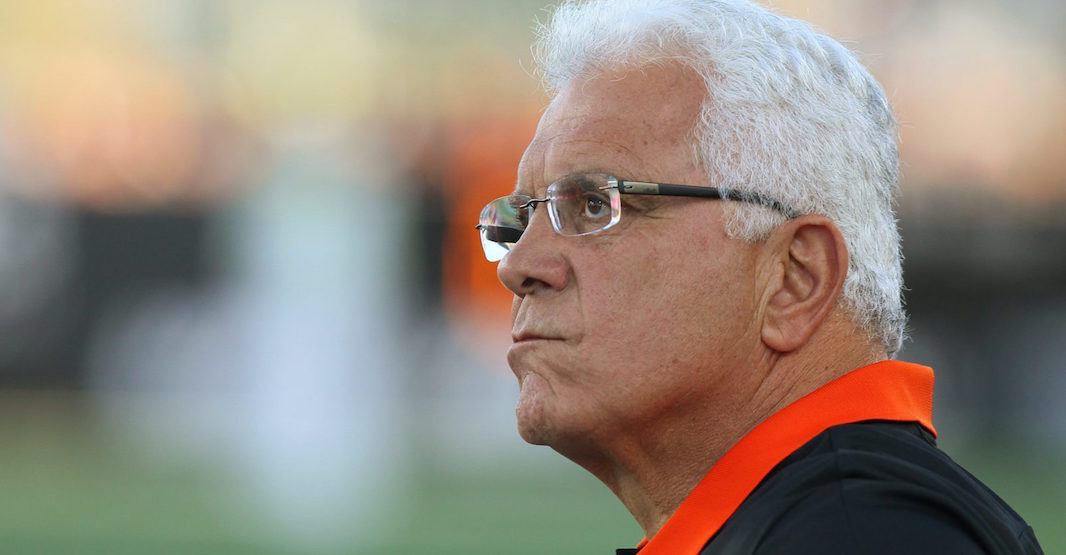 The BC Lions are in serious danger of missing the CFL playoffs.

That’s a sentence I didn’t expect to be writing this season, especially early on when the Lions won four straight games and were off to a 4-1 season start.

It was also unexpected because the Lions are the model of consistency. They’ve made the playoffs for 20 straight seasons. That’s the longest active playoff streak in the CFL, and the second-longest in league history – in jeopardy.

But things don’t always go according to plan.

Suddenly, after a 26-20 loss to the Winnipeg Blue Bombers on Saturday – the Lions’ fourth straight loss – the team is in danger of missing the postseason for the first time since 1996.

So how did we get here?

This season will likely be remembered for all the drama at the quarterback position. That’s not to fault Jonathan Jennings or Travis Lulay, who both have handled this season like true professionals.

It all started in Week 4 when starting QB Jennings went down with a shoulder injury. Lulay stepped in to deliver a record-setting performance off the bench, and the Lions won 41-26 in Hamilton.

With Jennings out, Lulay played the next three games, going 2-1 and looking comfortable in those starts. At this point, the Lions have a 5-2 record.

Then, coach Wally Buono elected to go back to Jonathan Jennings once he returned from injury, despite Lulay’s stellar play. The result was a 41-8 blowout loss to the same Saskatchewan team the Lions beat the week before.

Jennings was replaced by Lulay halfway through the second quarter of that game, but then Buono put Jennings back in for the second half. He had an awful game by all measures, throwing four interceptions and completing less than 50% of his passes.

He just didn’t seem himself after coming back from injury, but Buono gave him a long leash to try and turn it around.

Jennings started the next two games, both of which the Lions lost. Lulay came in halfway through that second game against Ottawa (this time for good), and BC nearly came back to win.

Lulay got the start next game against Montreal, but that’s when it happened.

Lulay scrambled on 2nd down and is slow to get up. @JJ_Jennings10 warming up on sidelines.

On his first drive of the game, Travis Lulay suffered an ACL-tear in his right knee. It was an injury that instantly ended his season, and maybe his career too. 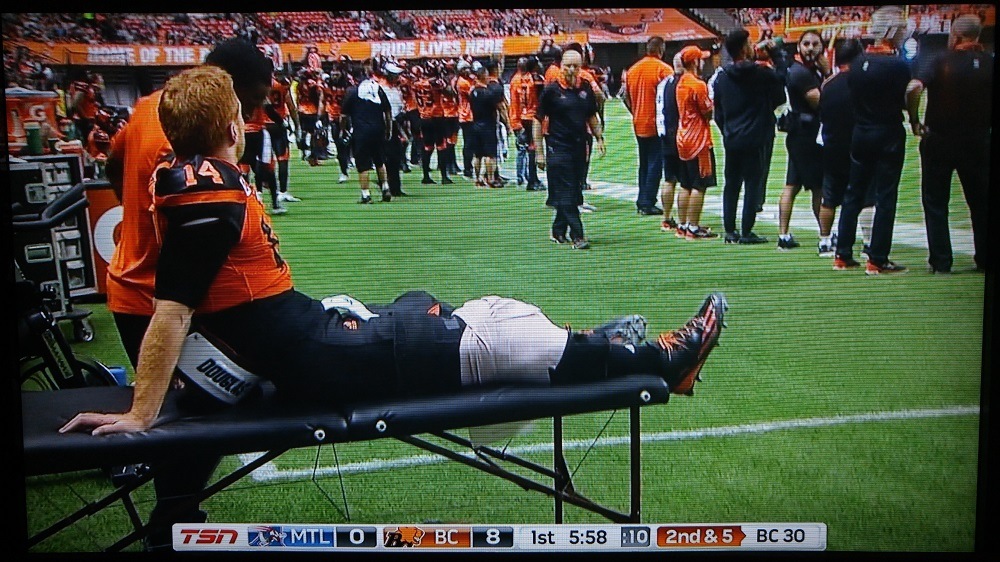 For what it’s worth, Jennings stepped in and played phenomenal in that game, and the Lions came away with a 41-18 victory.

Since then though, it’s been all downhill.

The Lions have now lost four straight games, averaging only a hair over 20 points per contest.

BC still has a chance at playoffs, but they’ll need some stellar play and some luck with the out of town scoreboard.

The Lions aren’t out of it yet, but with only three games remaining in the season, they need to win them all.

The best case scenario for the Lions is a 9-9 record and 18 points to finish the season.

It’s a long shot, because even if the Lions get to 18 points, they don’t hold the tiebreaker with either Edmonton or Saskatchewan. That means one of those teams needs to go winless for the rest of the season.

Also, Edmonton and Saskatchewan play each other in the final week, so one team is guaranteed to win, and finish ahead of BC in the standings.

If the Lions do make the playoffs, they’ll have to do it by way of the crossover – finishing fourth in the West with a better record than the third-place team in the East Division.

That’s actually great news, because the East Division is terrible this year. The top team is the Ottawa Redblacks, who currently have fewer points than every team in the West, other than the Lions.

For the Lions though, it won’t matter if they don’t win out. They’d better try, because the longest active CFL playoff streak is on the line.