B.C. home sales are expected to hit 100,000 units this year for only the third time since the Multiple Listings Service started keeping records.

The British Columbia Real Estate Association said it’s the first time since 2007 that home sales in the province have surpassed the 10 year average.

The BCREA largely attributes this to a strong economy, which strengthens consumer confidence.

Mortgage interest rates are “on the downside” and are predicted by the BCREA to stay the same through to the end of 2015, with “modest” increases slated for 2016.

The organization also predicts growth of vacation and secondary home sales by Americans due to the weak Canadian dollar.

The average residential home price on the MLS will increase by more than 10 per cent this year to $626,000, but will experience a more modest increase of 2.5 per cent in 2016. 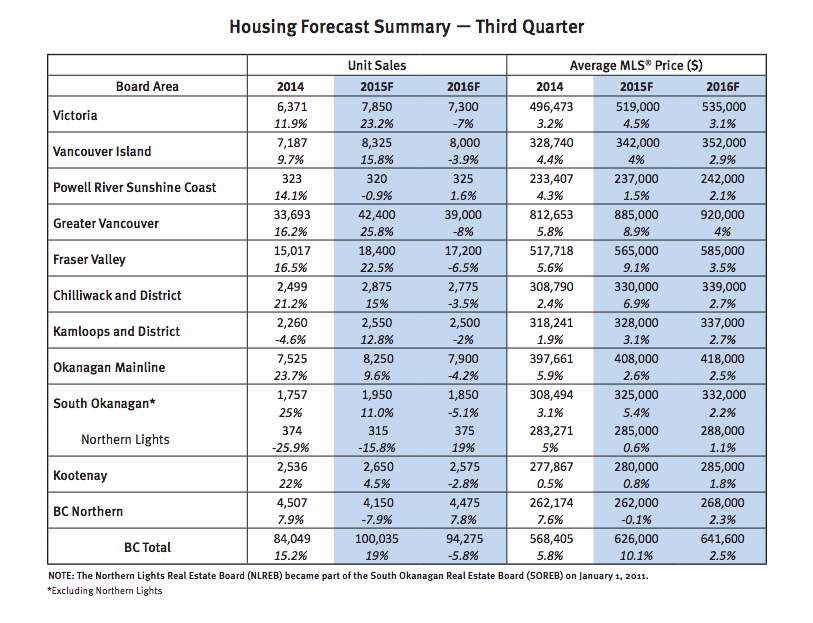