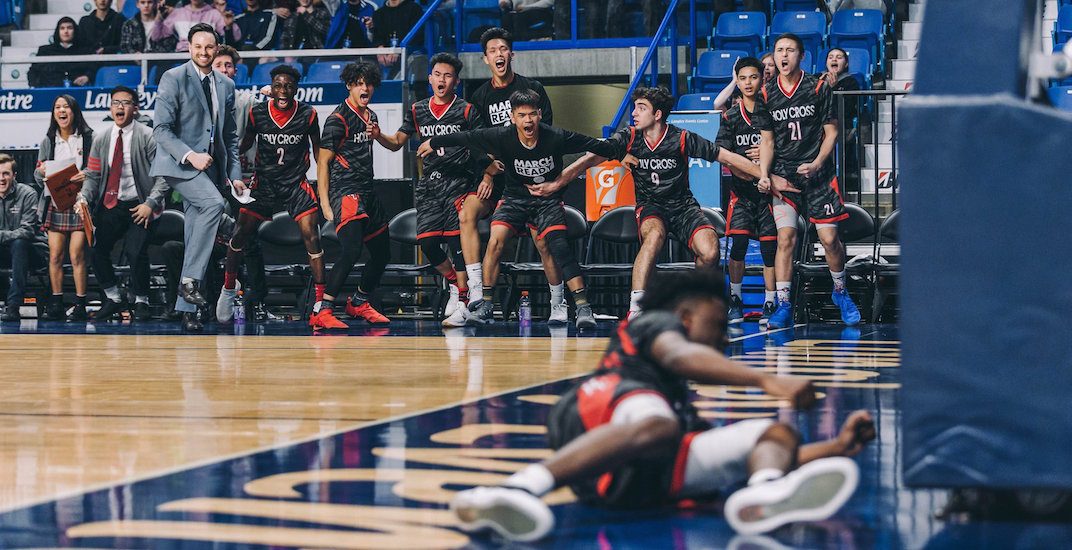 Day 2 of the 2018 BC High School Basketball Championships featured a big matchup on the 4A side as the Semiahmoo totems took on the Holy Cross Crusaders in the quarter-finals. Underdog Holy Cross actually took a lead after the first quarter, as their quickness really seemed to trouble Semiahmoo.

After that, however, Semiahmoo started to use their size to their advantage. The Totems led by 12 at the half and extended that throughout the second half to win 83-64. For Holy Cross, their Cinderella run is over — they seemed to run out of gas in the second half and didn’t play with the same fire that we saw the day before when they upset Handsworth.

The crowd at both the 4A and 3A games were also amazing, especially the Pitt Meadows faithful who showed up in big numbers to see their team take on the underdog Richmond Colts.

Here’s what has happened so far on Day 2.