Expensive housing and the recent outcry over shadow flipping has left many people in B.C. feeling that the province should regulate the real estate market.

According to a new Angus Reid poll, about 74% of British Columbians believe government should get involved in the housing market to make it more fair, while 26% think it should be left to the industry to manage.

The federal government has taken steps already to cool off some of Canada’s hottest housing markets with new mortgage rules that came into effect on February 15. Buyers are now required to put down 5% on the first $500,000 and 10% for every dollar amount after that.

But these initial efforts have done nothing to combat the issue of assignment sales, or “shadow flipping,” a recent trend that’s emerged in Vancouver in which real estate agents re-sell homes that are under contract before their closing date for a higher price.

About 65% of Canadians believe the practice is unacceptable, with 33% saying it’s a “dishonest scam.” People in B.C. are likeliest to say it’s entirely unacceptable, at 45%. 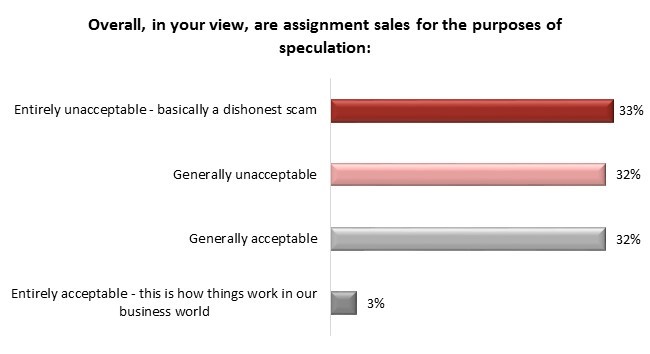 It shouldn’t come as a surprise then, given this uncertainty about the housing market that 70% of Vancouverites describe the typical price of homes in the city as “unreasonably high.”

Many Canadians outside of Vancouver and Toronto believe housing prices in their area are getting out of hand as well. Nearly half of survey respondents think the price of homes in their community are “high” or “unreasonably high.” 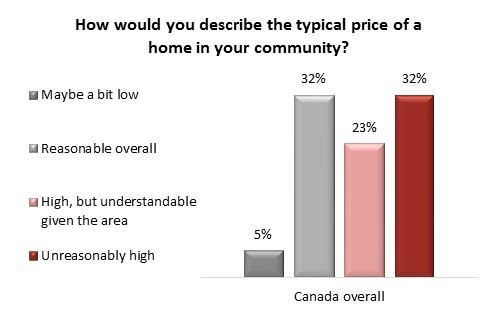